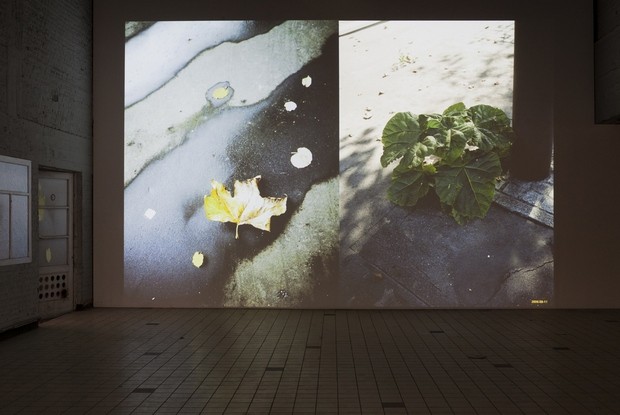 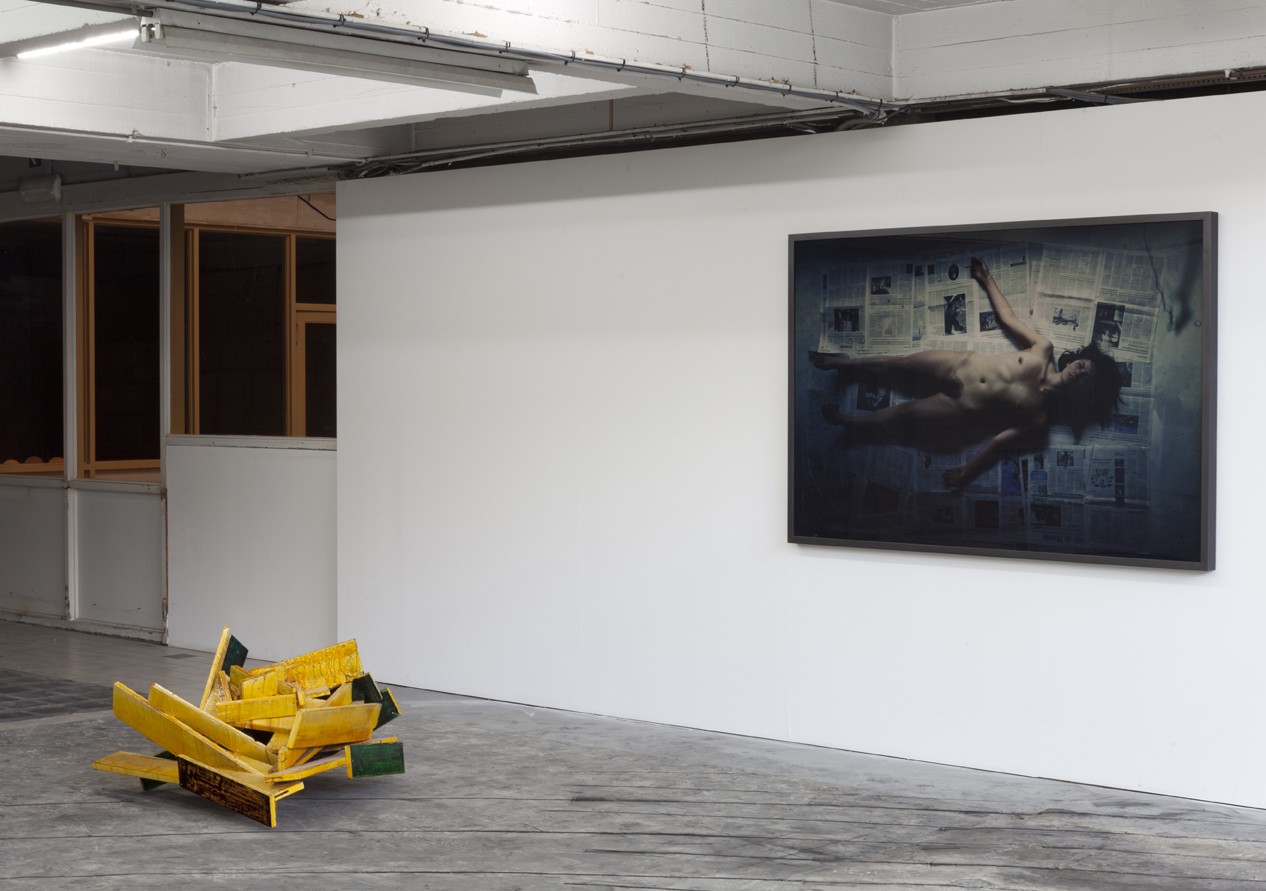 On 12 December 2013, Extra City Kunsthal presents ENDWARDS, a project by French artist Jean-Luc Moulène. Articulated around three new productions, the exhibition includes a condensed retrospective, exploring genealogies for the new works and recurrent questions in the artist’s practice. ENDWARDS looks at the coextensive operations that configure Moulène’s objects and images, at the ways in which these intersect time and materiality, erosion and resistance: at the connections between ‘building a body for oneself’, as the artist defines the focal point of his work, and his radical avoidance of a signature style. In sculpture as in photography, Jean-Luc Moulène constructs and documents situations akin to Zeno’s paradoxes: that disunite media, genres and their strictures, or that confuse authorship, delegation and ‘co-production’ – with materials and circumstances.

Among the new commissions, the sculptural assemblage Usure (Wear) references building techniques in pre-Colombian architecture. One explanation for the robustness of megalithic walls such as that of Sacsahuaman in Cusco, Peru, is that systems of cranes and pulleys, and considerable amounts of physical work, were employed to rub the stones against one another until they became seamlessly joined, making unnecessary the use of mortar. Usure applies this method to three life-size sculptures: through distinctly oriented rotating and swinging motions, a male bust, a female figure and a vulture abrade each other into figurative and temporal appeasement. Somewhere between a collage of antagonistic positions and the metonym (or residue) of a convulsive history, Usure cuts across museological and political spaces: it moves from discrete objects, each with its caption and fixed role in narratives of ‘identity’, to collapsed distinctions and crossbred figures, both uneasy and stilled.

The maquette Pleasure Dome departs from observations of architectural ruins in Greece – new or old, quasi-mythological or late-capitalist, enshrined as relics or abandoned to the elements. Made of as many minute bricks as will be required by the future construction of the actual work (to measure 3,20 meters in diameter), this model of a ruin has an intact dome as inner surface, sheltered on the outside by a jagged, broken geometry of bricks. The two sides of the object articulate an imaginary story of preservation and ravage, where the contemplative, conciliatory purpose of the dome contrasts with the inscrutable force that ripped the dome out from an ampler construction, whose outline or function we can no longer discern. As postscript to the imaginary narrative activated by the model, the work is to be immersed in the sea for an undetermined duration: the Pleasure Dome will be finished only once its angular, toothed brickwork will have been smoothened by the mechanical and chemical impact of the waves.

A spatial drawing completes the trio of scalar relations that structure the exhibition. Dessin asservi (Subordinated Drawing) reproduces at the scale of Extra City Kunsthal’s main hall the intersection of a sphere and an ellipsoid, registering on walls, ceilings, floors and pillars. The work makes use of a simple gardening technique – transformed, but not exalted, by volumetric expansion –, and echoes Moulène’s long-standing interest in the sinuous dynamic of knots and Borromean rings. Taking possession of the entirety of the space available to it and theoretically capable of extending its marks beyond it, the work is a homeless drawing and the locus of a permanent inadequacy. Dessin asservi is a site-resistant (as opposed to site-specific) visualization: there is no space where the drawing could indeed fit, no space that would not have a reductive effect on its centrifugal accelerations.

The exhibition includes La Vigie (The Lookout Man) (2004-2011) – a monumental photographic essay in botanical situationism, surveying the growth of the particularly resilient Paulownia Tomentosa in the cracks of sidewalk and buildings in the neighbourhood of the Ministry of Economy, Industry and Employment in Paris. The images reveal an ever-changing landscape of urban gestures, from traces of children’s play to the physical evidence of anti-terrorist vigilance. Also featured are Ordre en tas (Order in a Heap), relating an attempt to organize geometrically found materials and the chromatic standardization of BIC ballpoint inks; or Model for Sharing, Moulène’s retort to the artificial, debilitating distinction between the 99 and 1 per cent in recent debates on economic and social justice, as well as newspaper projects such as Le Louvre or Objets de grêve (Strike Objects).

ENDWARDS will be accompanied by a cinema program, curated in collaboration with film historian Gawan Fagard (University of Munich). Divided between presentations of video works in weekly rotation and five special screenings that respond to different themes in the exhibition, such as ‘Archaeology’ or ‘Assemblage’, the program includes work by filmmakers such as Kenneth Anger, Hiroshi Teshikahara, Kyle Armstrong, Patricio Guzmán, Anand Ghandi, Duncan Campbell, Clemens von Wedemeyer, Beatrice Gibson, Shahryar Nashat, Akram Zaatari and many others.
www.extracity.org