Liu Xia – A photographer from China 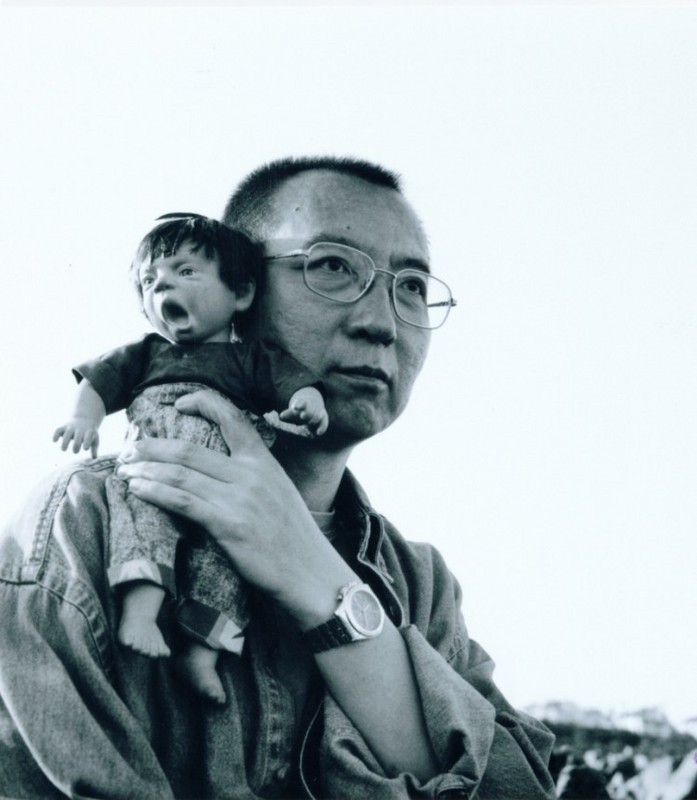 Liu Xia, born in Beijing, is one of the most remarkable artists from China. She is a photographer and painter, poet and novelist. During the relatively liberal 1980s, she was an active member of the art scene in Beijing, which at the time was experimental and beginning to open up to the world. Today, the Martin-Gropius-Bau presents her photographic work, with around 50 objects, many of which were created during the 1990s. The exhibition also dedicates space to her poems.
Liu Xia photographed exclusively in black and white. Her images are enigmatic. Although she views herself as an apolitical citizen of China, her work is full of allusions to the repressive situation of the Chinese people. In a whole series of pictures, dolls take centre stage, which she herself names “ugly babies”. Outrage and horror seem to be reflected by their wide-open mouths. In one of her poems, from November 1998, she writes:

“Living together with the dolls,
Surrounded by the power of silence,
The world open around us,
We communicate in gestures.”

One of the dolls, expressing repressed arousal, is sitting in front of the horror classics by Edgar Allan Poe (1809-1849) and in front of books by Henry David Thoreau (1817-1862), whose essay about the civil disobedience of 1849 represents a classic of civil society. The doll appears to want to say, this is how it all began.

is how Liu Xia expressed her feelings at the time in February 1997. Another doll is sitting in front of Chinese calligraphy texts. In Liu Xia’s work, influences from both the West and from China are noticeable. As the country is torn between the ideologemes of modern times, Liu Xia’s work also shows this discrepancy in unusual, almost enchanted clarity.

In order to understand Liu Xia’s work, it is important to describe the circumstances in which she lived and still lives. Liu Xiaobo, Nobel Peace Prize Laureate in 2010, and whom many compare to Vaclav Havel, was one of the leaders of the student movement of 1989, which will always be associated with Tiananmen Square.

At the time, the government brutally suppressed not only a student uprising; rather, this was also a workers’ uprising that had caught on in many of China’s large cities. For his participation, Liu Xiabo was sentenced to two-and-a-half years in prison. Liu Xiaobo then lived in Beijing, and worked as an essayist. Lu Hsun was among his role models. In 1995, he was arrested again and imprisoned in one of the camps that should be termed a Chinese GULAG. People could be detained in such camps without a warrant, merely on the grounds of police orders. In 1996, in this camp, Liu Xia married Liu Xiabo, with whom she had been friends since the 1980s. This occasion prompted her to write a poignant poem.

“We had no wedding certificate,
No legal guarantee,
God did not witness us.
We planted our tree in the sand,
Our wedding chamber in a cell,
Embracing and kissing
Under the jailers’ gaze.”

In 1999, Liu Xiaobo was released, and elected president of the independent Chinese PEN in 2003. In 2008 he wrote the Charta 08, a liberal manifest modelled on Charta 77. Over three hundred academics, artists and politicians were the initial signatories, among them Ai Weiwei. The Charta obtained over 5,000 signatures on the Internet, before the government prohibited its further dissemination. Due to his authorship, Liu Xiaobo was sentenced to eleven years’ imprisonment in 2009, on the grounds of alleged ‘subversion of state power’. When it became known that he had been awarded the Nobel Peace Prize in 2010, his wife Liu Xia was placed under house arrest, without any legal basis. She is only allowed to visit her husband a few times a year.

The work of Liu Xia, who has chosen a very experimental artistic path, also reflects the reality of China. But her work is banned in China. Liu Xia was permitted to take books to Liu Xiabo in prison, Thomas Mann, Dostoyevsky, Kafka.

Liu Xia once referred to her own situation as Kafkaesque.

The Martin-Gropius-Bau would like to give special thanks to Guy Sorman (Paris), Jim Glanzer (New York), Tienchi Liao-Martin (Cologne) and Herbert Wiesner (Berlin) for their help in making this exhibition possible.