Films from and about Hong Kong at the Cinema at Gropius Bau with free admission. 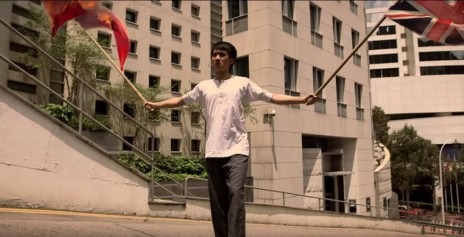 Film still from “Ten Years”
“Sundays for Hong Kong” is a cinematic action. It unfolds some of the multiple layered backgrounds in the culture, history and reality of the former British Crown colony, through the screening of emblematic documentaries and feature films by exceptional Hong Kong film-makers and producers.

The massive protest movement on Hong Kong’s streets has lasted for an entire summer. The movement appears to be persistent, it stirs and produces enduring images. The future, however, remains unclear. The movement itself and the predicament that it finds itself are food for thought. Why Hong Kong? What has made the situation in which Hong Kong finds itself so unique? What does the predicament in Hong Kong tell the rest of the world? What are similarities and differences with regards to freedom struggles in other parts in the world?