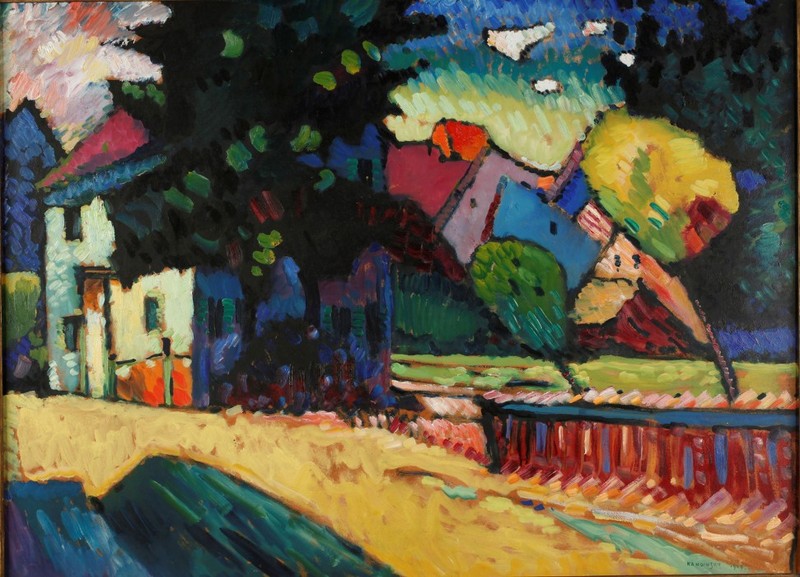 On the occasion of the 50th anniversary of establishment of German-Israeli relations, the Tel Aviv Museum of Art is sending some 70 masterpieces to Europe for the first time – to Berlin. The accent of the exhibition lies on the art of the modern era and is supplemented by contemporary media art from Israel. Artistic trends of the 20th century are represented by paintings, sculpture and graphic art. Works by Alexander Archipenko, Max Beckmann, Marc Chagall, Edgar Degas, Erich Heckel, Alberto Giacometti, Wassily Kandinsky, Jackson Pollock, Ludwig Meidner, Pablo Picasso, Mark Rothko, Egon Schiele and Lesser Ury will be displayed. Video works and installations by Israeli artists will form a counterpoint to these modern classical masters.

In its entirety the show reflects all of the important 20th century movements in figurative and abstract art. At the same time, it takes account of contemporary tendencies in video and installation art, including positions taken by such artists as Yael Bartana, Guy Ben-Ner, Nevet Yitzhak, Nira Pereg and Michal Helfman, who deal with personal, social and political subject matter. The dialogue between classical modernity and contemporary Israeli art extends throughout all of the rooms and is part of the curatorial concept. Curators of the exhibition are Suzanne Landau, Ellen Ginton, Irith Hadar and Raz Samira.
The artists in the exhibition are:

A catalogue published by Prestel Verlag accompanies the exhibition. The Centrum Judaicum Berlin will participate in the production of the German-language edition.

The Tel Aviv Museum of Art was founded in 1932 by the then Mayor of Tel Aviv, Meir Dizengoff, in his private home on Rothschild Boulevard. The founding director was the Berlin art historian, Karl Schwarz. He headed the Tel Aviv Museum of Art from 1933 to 1947 and visited artists and important collectors in order to appeal to them for artworks for the new museum. Today the collection includes works from all important artistic styles of the 20th century, beginning with Impressionism and ranging from Expressionism on up to various forms of geometric abstraction and Surrealism; representatives of European Informalism are found side by side with those of American Abstract Expressionism and Pop Art. They include early works by the Russian avant-garde artist Alexander Archipenko from the time between 1908 and 1921; paintings by Marc Chagall; masterpieces by Wassily Kandinsky; works of Pablo Picasso from different periods; outstanding works by Mark Rotho and Jackson Pollock; and numerous works by Israeli artists. A major part of the collections came from donations by artists, patrons and benefactors. The corpus of artworks continues to be augmented by committed collectors and friends from around the world.

Today the Tel Aviv Museum of Art comprises three buildings and shows up to 30 exhibitions each year. The curatorial departments include Israeli art, modern and contemporary art, graphics and drawings, photography, architecture and design as well as Old Masters.

The exhibition of the Tel Aviv Museum of Art to be presented in the Martin-Gropius-Bau is an important part of the programme on the occasion of the 50th anniversary of diplomatic relations between Israel and the Federal Republic of Germany. These relations came into effect on 12 May 1965.

The exhibition “Tel Aviv Museum of Art visits Berlin” has been made possible by the generous support of the Israeli Ministry of Foreign Affairs, Department of Science and Culture, and by the kind support of the Federal Government Commissioner for Culture and the Media.