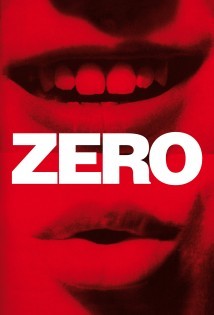 “Sometimes the real revolutions in art remain invisible until they are long past, yet the subterranean shock waves can persist for generations.”
Daniel Birnbaum, ZERO aus heutiger Sicht, 2014

Over 50 years after the founding of the ZERO movement the exhibition is devoted not only to the first founding artists Heinz Mack, Otto Piene and Günther Uecker, nor even just to these international artists who were close to ZERO such as Yves Klein and Lucio Fontana, but also to such forgotten artists as Hermann Goepfert, Oskar Holweck or Hans Salentin.
The 40 artists selected, including 11 from Germany, reflect the ideas of the ZERO founders, both in a formal and a conceptual sense. For the first time major works of the international movement from 1957 to 1967 are being shown together on a grand scale. At the same time the ZERO foundation in Berlin is presenting in about 200 works the most comprehensive ZERO exhibition in the history of the movement.

The idea of an absolute new beginning for art after the Second World War found many enthusiastic adherents. A newly won freedom regarding materials created a situation in which the themes of light, space, movement, reflection, vibration, structure and colour assumed a wide range of forms. The exhibition shows how light could be used in such media as painting, kinetic art, installations, performances, films and publications.

Within the framework of the exhibition there will be a public accompanying programme, DYNAMO, which – alongside the aesthetic experience of the ZERO works in the exhibition – will offer a synaesthetic approach to art and culture. A scholarly symposium, conceived in consultation with the German Academy of Arts, will be flanked by exciting aesthetic programmes featuring music, film, dance and poetry. The periodical DYNAMO read, with contributions by artists, theoreticians, architects and musicians, will provide a bridge between the post-war avant-garde and our own time.