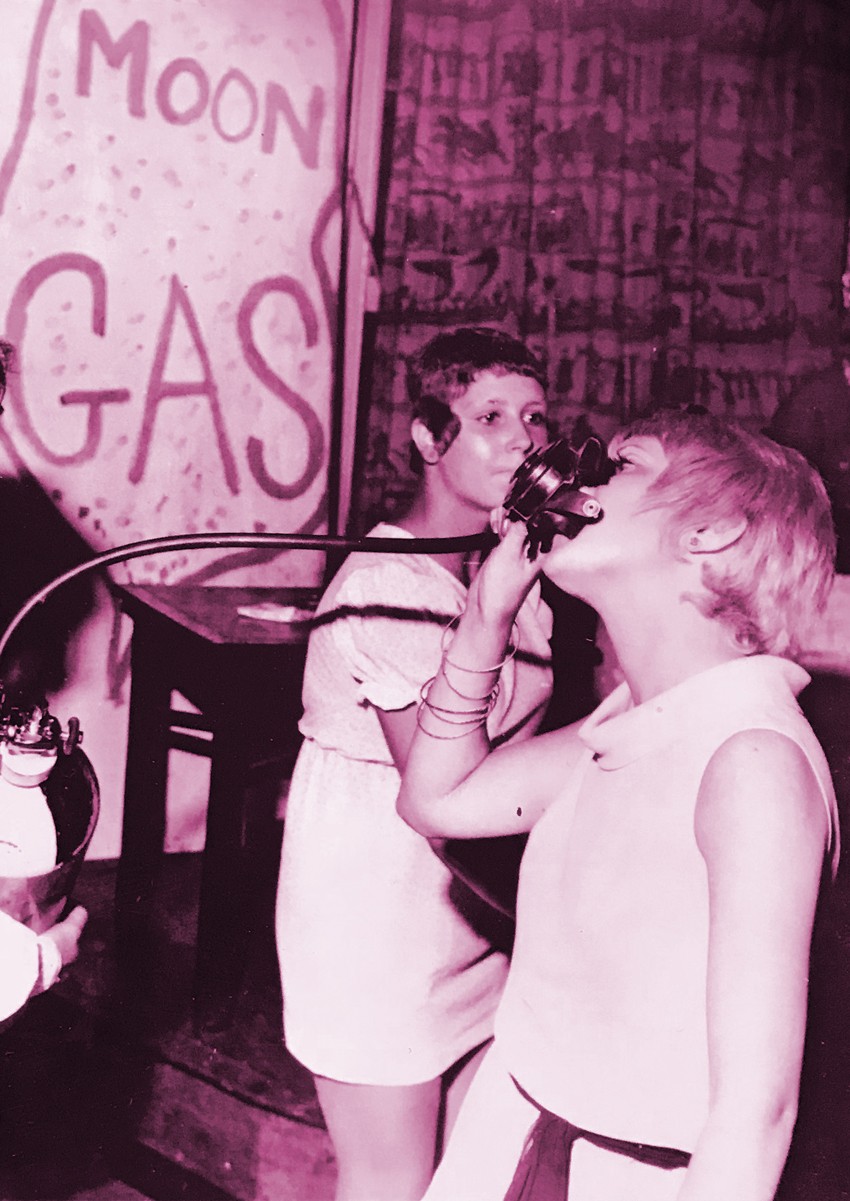 Under the title Moon Gas, the Berlin-based artist (*1966) shows a large-scale installation where elements from different media complement each another in a multisensorial way. Apart from paintings with different materiality and an extensive and varied series of paper works, the visitor also awaits a commercial vehicle that is mutated into a mobile sculpture - all embedded in an partly sound installation.

The contextual centerpiece of the exhibition builds a seventy-part series of drawings in which the artist lustfully declines the characteristic examination of his oeuvre: the provocation of creative forces by destructive moments in nature and technology. The starting point of this series was an advising brochure for prevention and proper behavior in case of emergencies which was published by the Federal Bureau of Civil Protection and Disaster Relief. By means of diverse editing, drawing and painting on the single sheets of the brochure which were reproduced on different types of paper, Zipp presents a key work within his own artistic practice.

The dominant sculptural element is a real, yet metaphorical mode of transport – a tractor – which carries no agricultural device but medical nitrous oxide bottles in its trailer. This Ready Made Remade with its white and black lacquered components not only is reminiscent of the radical basic abstraction of Russian Suprematism, but simultaneously refers to the Dazzle camouflage used by the British Navy of the 1st World War, which found its way into the nascent Op art in the 1960s and from there into pop culture.

Another object from the Moon Gas show, referring to a certain history of culture and technology, is a recreated Moog, a modular synthesizer system, that in the 1960s also had an impact on pop music. The visitors of the exhibition are invited to produce sounds on this synthesizer that for this reason is controlled by a Theremin, an airwave instrument that was invented in 1920. The arising sounds connect with the noise of a permanent sound installation. For this occasion, Thomas Zipp has set up several horn speakers which are common in football stadiums or at public rallies. These speakers instictively evoke associations of the masses. A loop is heard from a 1963 track by Dick Hyman called Moon Gas, which can be labelled as Space Age Pop – a white Cocktail-Jazz-Electric-Fantasy that reminds of Sun Ra – acoustically anticipating the seizure of the moon as well as the psychedelic escapism of the Woodstock generation. Not without reason, the exhibition’s invitation card shows a photography of a laughing gas party that was popular at the time.

In turn, the exhibited work on canvas demonstrates new form elements and motives that are characteristic for the visual vocabulary of the artist. Quotations from the history of painting of the 20th century meet subjects from the history of science, while geometrically formal structures and patterns are superimposed by figurative and partly vegetable elements. In this context, it is significant that Zipp ́s new paintings more than ever work as combine paintings, which enrich the surface with sculptural ingredients and thus expand the common two-dimensionality.

The painting Symmetry (2018) is marked by such multi-dimensionality but also by ambiguity. On a geometrically strict area, which is rhythmically structured by sharp-edged black and white forms, the motive of a potted plant is applied in the form of an overpainted screen print. The plants ́ flesh-colored stems and leaves appear as a human being that has to assert itself in an inorganic environment. A creature is also shown in the painting God (2018), where head and arms of a female figure connect with a massive brushstroke. The traces of color on the broom that is held by the figure in the image identify the woman as a “new Eve“, who – in difference to her biblical precursor – has created herself.

With Moon Gas, Thomas Zipp consequently continues his occupation with the correspondence between the technological development and the former vitality of the art movements of the 20th century that once were perceived as progressive. In the meantime, the artistic and industrial departure of Modernism that was predicted as a means of world improvement is evaporated. Since the end of this era, the remnants and the phantasms of the unredeemed step forward, yet also signs of permanent danger. In the artistic practice of Thomas Zipp, this dark hauntological dimension reveals itself in partly unleashed and partly restrained dynamics that generate a very own stable-fragile field of forces.