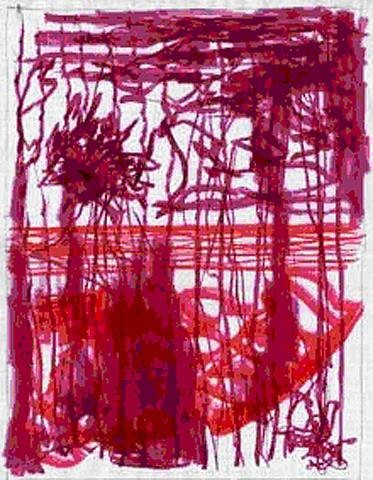 Galería Helga de Alvear is proud to present its second solo exhibition of Jean-Marc Bustamante (1952, Toulouse), one of France’s most acclaimed artists. He was the French representative at the Venice Biennale in 2003, and was also present at the VIII, IX and X Documentas in Kassel. His work has been the subject of important solo shows at, among others, Tate Gallery London (1998), Stedelijk van Abbemuseum Eindhoven (1992) and Galerie Nationale du Jeu de Paume Paris (1996). At the beginning of this year his work was on view in “Beautifuldays”, a major exhibition at Kunsthaus Bregenz, Switzerland.
Jean–Marc Bustamante trained as a photographer and worked as an assistant to William Klein. In 1978 he began to photograph derelict spaces on the outskirts of Barcelona, devoid of any human presence yet showing evident traces of man’s intervention (building materials, building site signs, half-built constructions), with a framing deliberately eschewing any explicit focus within the composition. In this way, the images are more reliefs with forms and lines reminiscent of abstraction.
These photographs, which the artist calls “tableaux”, are a groundbase on which he articulates his personal artistic vocabulary, expanded from photography and drawing to painting, sculpture and architecture. Disparate vernaculars often merge in Bustamante’s work to create painterly or sculpture objects lacking in any kind of categorisation, thus giving rise to new visual languages.
This exhibition features recent works, questioning the traditional concept of drawing by bringing it closer to three-dimensionality.
In the Trophées series, the initial drawings on manuscript paper are transferred to Plexiglas in pure colours, framed by a galvanized steel structure. The metal cutting casts a shadow on the coloured area creating a relief and highlighting the idea of two superimposed planes, opposing the conventional notions of empty-full, centre-periphery, or line-colour.
Similarly, his Perfect Dreams add lines and marks on coloured Plexiglas, revealing the surface supporting the work. A sense of depth is emphasised by revealing three levels of profundity: the steel frame, the colour surface, and the wall half-seen through the marks of the drawing.
Finally, his Panoramas combine the transparency of Plexiglas with traditionally conceived colour drawings, even making holes in the surface to fuse the image with the background supporting the work.
Bustamante’s work is as wide-ranging as his experimentation is complex. In his personal languages, he explores our most immediate environment, creating mental landscape with a profound poetic meaning.