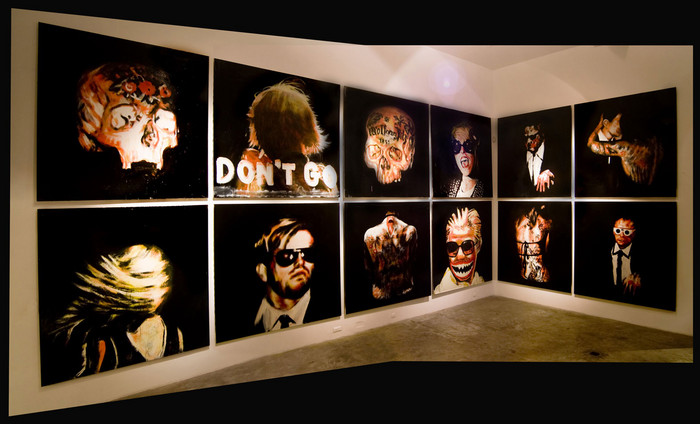 The Ileana Tounta Contemporary Art Center presents “The Banners Of A Postponed Revolution”, Dimitri Andreadi’s second solo exhibition. The show is scheduled to open on Thursday, March 17, 2011, at 19:30, and will run on until April 30, 2011.

He’s not here to tell a story of bright lettering
But that of women tossed by the side of the road at daybreak
A wild thing hesitates
Demands an inner reversal
With 77 ghost-images Dimitris Andreadis carves stars on Melancholy’s eyes
By tearing off Poetry’s skin from faces and bodies and concepts, the artist achieves an apotheosis of personal uncertainty
Thus granting it a new existential perspective.
www.art-tounta.gr