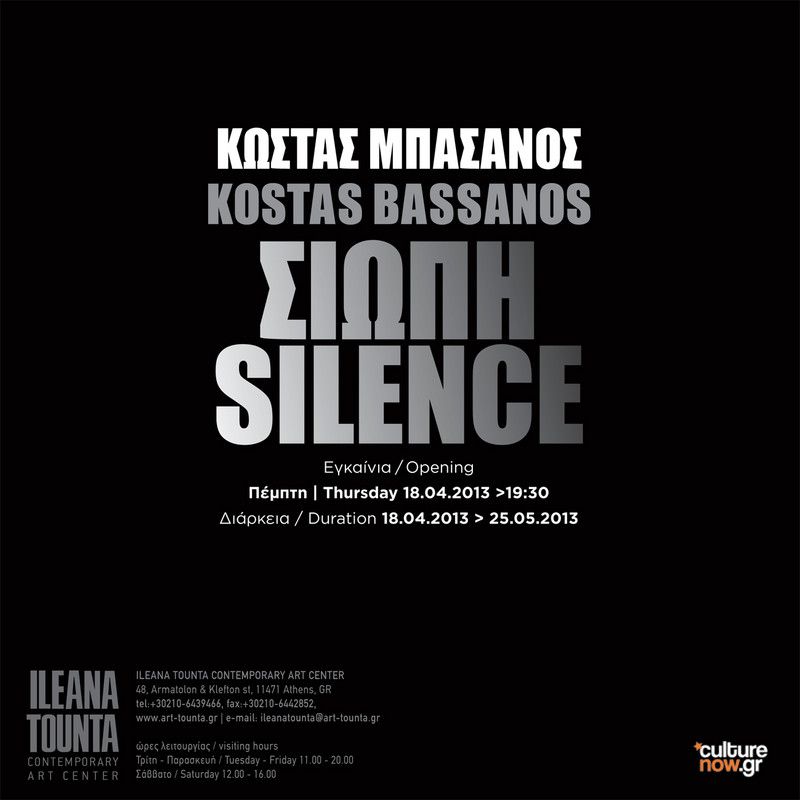 The first architectural gesture is acted upon the earth:
it is our grave or our foundation.

In his fifth solo exhibition entitled ''Silence'' Kostas Bassanos unfolds his conceptual approach to the notions of space, time and material. With distinct references to architecture and its dematerialization, the artist focuses on the correlation between reality and our perception of it.

If we think of the horizon as a sinuous line between a horizontal and vertical axis, how would an observer perceive it, when standing below the level of the horizon? From Kafka’s “burrow” and the underground tunnels of shelters and catacombs, mankind has invented or built the foundations of its communities by digging and rising protective screens.

The exhibition’s theme is part of an on-going research on the horizon and the concept of displacement in response to Friedrich’s work, as well as a contemporary reading of the landscape as this is being formulated through the residential practices in urban and rural areas.

Kostas Bassanos poetic approach emerges through the use of minimal means, be it a snapshot when it comes to videos, or some ink or a sheet of paper when it comes to sculptural works. With references to romanticism - sometimes visible and other times merged in a strict and simple visual vocabulary - the artist attempts a conceptual investigation of the perception of reality through the tradition of late modernism.
www.art-tounta.gr