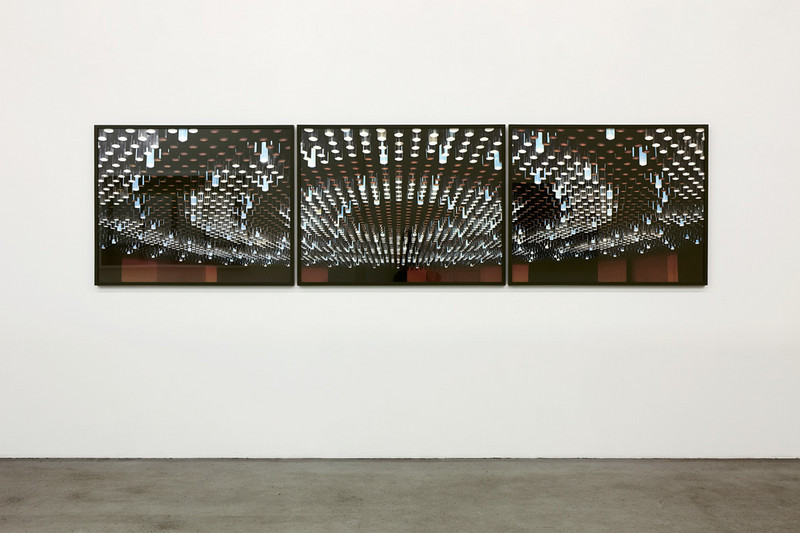 The old Federal Republic of Germany is history — a fact made especially poignant by these photos of the abandoned Dresdner Bank building. The tower — the most beautiful high-rise in Frankfurt — was opened in 1978 as the bank’s head office. The construction was planned by ABB Scheid und Partner architects office, the corporate design was developed by Otl Aicher. Following the bank’s acquisition by Commerzbank in 2009, the head office of Dresdner Bank was vacated. In “Silver Tower”, a series of pictures taken between 2009 and 2011, photographer Matthias Hoch explores the deserted building. He looks for signs and remnants of an era, for the biography of the place. Meticulously structured surfaces, signs of wear and the interplay of light and shade are probed to reveal their traces to the camera: scratches, marks, layers.