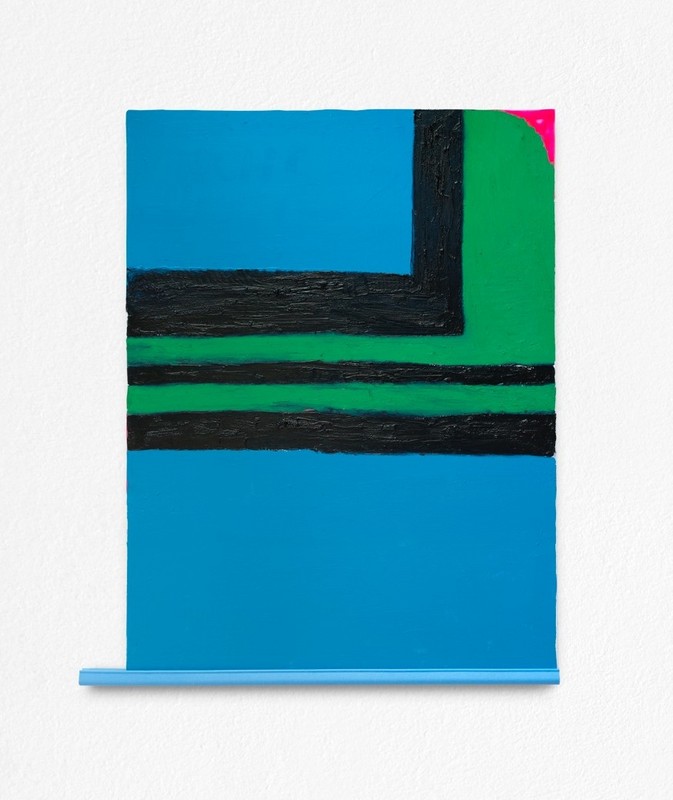 Oliver Kossack is neither a cynic nor someone who claims to have total control over the game he is playing – oscillating between the joys of painting and the onus of tradition, Kossack exploits the productive rifts between spontaneity and premeditated action, virtuosity and failure, emancipation from constraint and an awareness of the limitations imposed by (himself as) the subject. His paintings and sculptures formulate – and actually perform – critical conflicts that constitute the individual: between the individual’s independence from, and confinement by, the system; between the individual’s demands on society and (his) potential failure; between the individual’s resistance and potential instrumentalisation (by others). Although it may be true that the indivual’s former authority of “being an artist” has become increasingly precarious, this position of weakness is ultimately relieving. Losing the burden of authority accounts for a new, albeit fragile, sense of freedom. Acutely aware of the contradictions and demands of generating art between social contract and aesthetic manoeuver, this scope of critical issues forms the basis of Kossack’s reflections to re-evaluate the possibilities of art.
www.jochenhempel.com