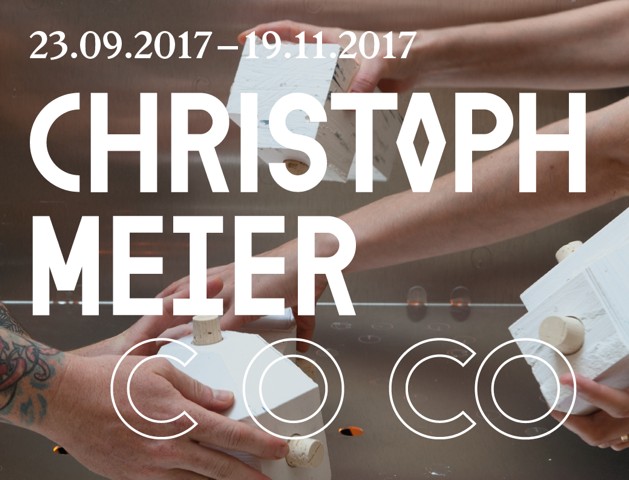 © Christoph Meier
Austrian artist Christoph Meier (1980, based in Vienna) conceived his show 'C O CO' as a search for potential forms of interplay between his work, the visitor, and the KIOSK exhibition spaces. Inspired by the particular architecture and history of the location, Meier presents new architectural and social spaces based on a bamboo grid structure, new and existing sculptures and a video piece.

The exhibition is a further step in the collaboration between the artist and three institutions; 'C O CO' was developed from 'C & O', the show Meier presented at Kunstverein Hamburg last year, and will in turn become the blueprint for another exhibition at Casino Luxembourg next year. For each successive location, the specific space is the basis on which new byroads temporarily cross.

Against the dominant central dome room of KIOSK – a former anatomical auditorium – Meier positions a seemingly light, primitive structure that cannot be surveyed in a single glance and that is every bit as peculiar and theatrical as the surrounding architecture. Bamboo sticks ostentatiously take over the space. Sticking to a rigorously fixed modular structure, they uncompromisingly and repetitively penetrate the architecture – regardless of brick or glass. Interior and exterior become interconnected. The grid imposed upon the existing space restricts the visitor’s movements but it also expands the field of vision. It adds a new frame within which we can project an infinite number of imaginary spaces.

On the occasion of the exhibition, a monograph, a co-production with Kunstverein Hamburg and Casino Luxembourg, is published by Mousse Publishing. This publication will be presented at KIOSK, Thursday, October 12th.

The exhibition is realized with the support of Bundeskanzleramt Österreich. In collaboration with Kunstverein in Hamburg & Casino Luxembourgh - Forum d'art contemporain.
www.kiosk.art