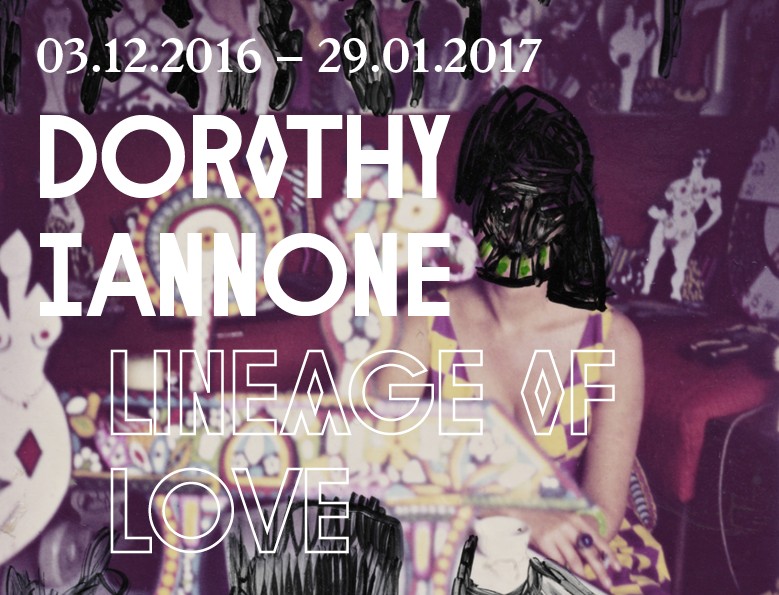 Dorothy Iannone, 'Mundunculum', 1967/68 © photo Hans-Georg Gaul. Courtesy of Air de Paris, Paris_Small
KIOSK presents ‘Lineage of Love’, the first Belgian solo exhibition by Dorothy Iannone (°1933, Boston, USA). A self-taught artist focusing on issues of emancipation, sexuality, politics and spiritual awakening, Iannone has been developing a singular body of work for over half a century. From 1967 she lived with Swiss-German artist Dieter Roth for a number of years, starting a thorough intertwining of her personal (and amorous) life with her artistic work. This emphatic autobiographical and narrative aspect of her work is expressed in paintings, drawings, graphic novels, sculptures, artist’s books, text-based works, collages and photographic works.

The great diversity of all of these media is showcased in ‘Lineage of Love’, where earlier works are presented alongside Iannone’s more recent practice. A number of key works, such as the sculpture ‘I Was Thinking of You’ and the two series of drawings ‘An Icelandic Saga’ and ‘The Story of Bern’, are combined with less familiar works ranging from an early abstract painting, over a series of collages with Japanese paper and gold leaf, to a felt-tip pen-enhanced polaroid of Iannone bathing, and a cooking diary from 1969. With this approach, the exhibition aims to paint the portrait of a versatile artist who has continually been on the move, looking for a symbiosis between art and her personal narratives, encounters, and passions.

In the 1960s, Iannone produced abstract expressionist works, yet from the 1970s onwards, she has developed in a more figurative direction with herself, her partner, and what she calls ‘ecstatic unity’ as central subjects. Iannone’s body, depicted as an ornately bejewelled divine Matriarch, becomes entangled with that of her Muse, Dieter Roth. Black lines and colour fields define overwhelming mosaics and two-dimensional tableaus of copulating couples whose male and female parts become interchangeable in the higher union of spiritual oneness. Confident women break free of all restraint and figure in a tale of love, sex, treason and power. The sexual act is emphasized and celebrated, much as it was in Antiquity. The artist’s many travels in Asia and Europe also left traces in her techniques and motifs. The perspectiveless compositions are reminiscent of Japanese woodblock prints, Greek vases or Middle-Eastern erotic paintings; her colourful mosaics and mandala-shapes recall Buddhist, Byzantine or 17th-century Baroque traditions.

Iannone’s work has often been subjected to censorship and has long been neglected. With the turn of the millennium, however, this has gradually changed and she has since exhibited solo shows in such venues as Air de Paris, Paris (2015); Peres Projects, Berlin (2014); Migros Museum für Gegenwartskunst, Zürich (2014); Berlinische Galerie, Berlin (2014); New Museum, New York (2009) and Kunsthalle Wien, Vienna (2006).
www.kiosk.art