Leonor Antunes: 'I Stand Like A Mirror Before You' 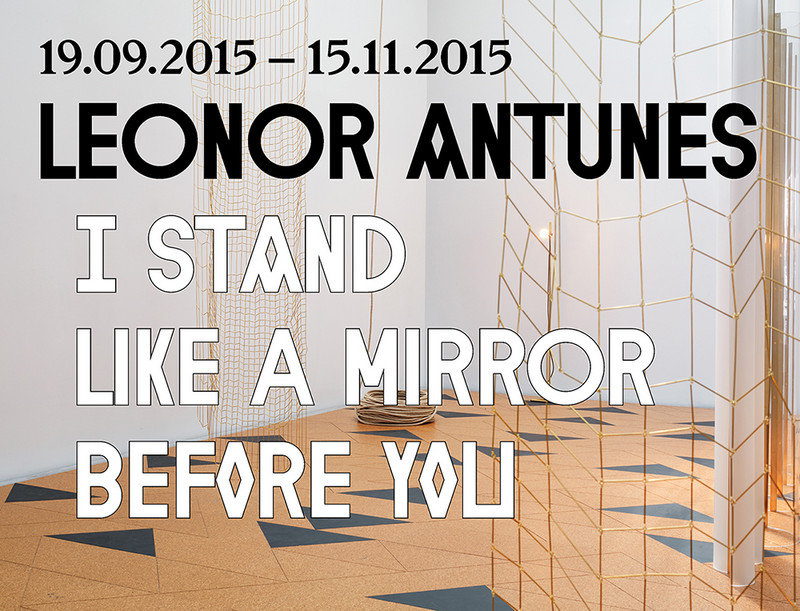 'I Stand Like A Mirror Before You' is the first Belgian solo exhibition by Leonor Antunes. For the occasion, the artist, who was born in Portugal and currently resides in Berlin, has created an installation that takes in the entire KIOSK space and incorporates a number of new works.

Antunes’ site-specific sculptures echo both their immediate surroundings and the history of 20th-century architecture, art, and design. The artist’s interest in traditional craftsmanship is revealed in her use of natural materials such as wood, bamboo, leather, copper and rope.

At KIOSK, these materials are converted into freestanding, spatial demarcations, or knotted and folded according to traditional techniques into hanging net and grid structures. The works’ forms and techniques are informed by the visual languages of Swedish furniture designer Greta Grossman and American filmmaker and choreographer Maya Deren. Other sources of inspiration are the weavings of textile artists such as Anni Albers and Lenore Tawney. Antunes unravels the principles of construction underlying their rational designs and makes an abstraction of reality. In the course of this manual creative process, a reduced, personalized form emerges which she places in front of the viewer like a mirror.

Once the artist has fathomed and shaped a material’s physical and aesthetic qualities, its particular cultural history and that of its makers, she relates this material to the exhibition space. The space’s dimensions and proportions are brought into consideration to come to a composition that balances between a deliberately ordered pattern and a random tangle of textures, structures and surfaces, between hiding and revealing.

'I Stand Like A Mirror Before You' examines human interaction with spaces and surfaces. The seemingly carelessly sagging textiles attempt to assimilate to their surroundings. The works’ surfaces are mat, reflective or transparent, and mirror each other. Together, they sketch out a choreography of an infinite number of possible passages and vistas. In this web and/or grid-shaped installation, we are not presented with a single path to follow, not shown a clear reflection in the mirror.