Fragments, Particles and Mechanisms of Growth 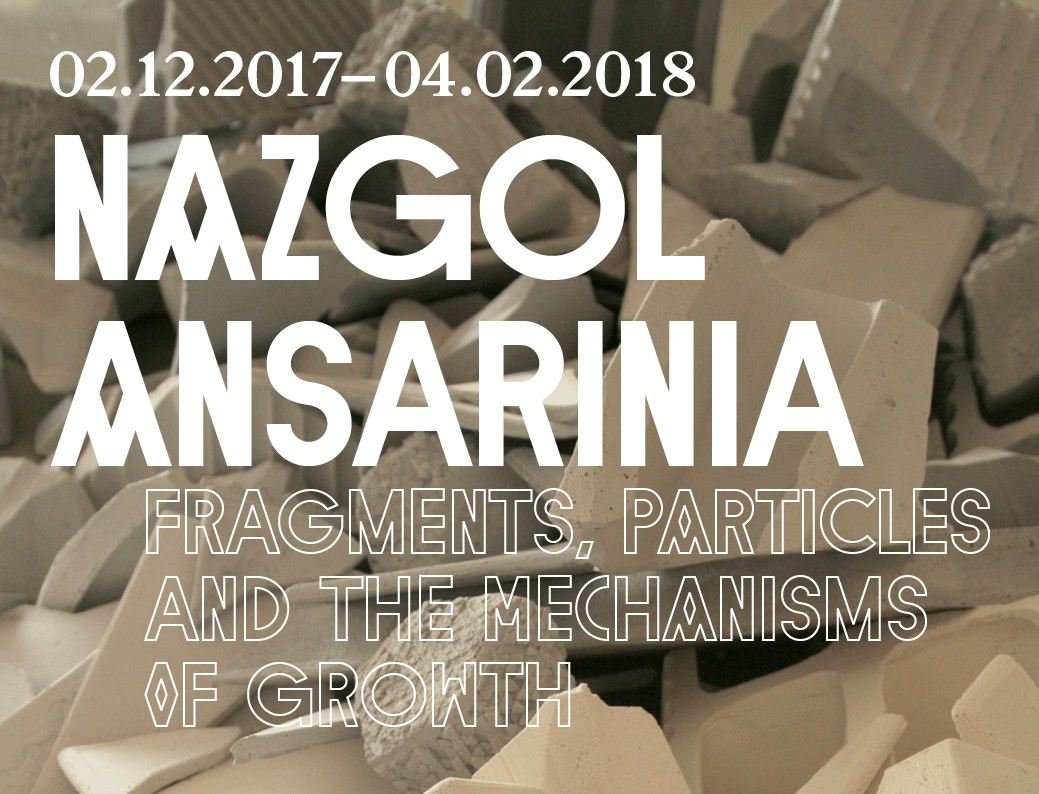 © Nazgol Ansarinia
Nazgol Ansarinia presents the exhibition "Fragments, Particles and the Mechanisms of Growth" at
KIOSK.
Through drawings, collages, sculptures, murals and works in textile, Iranian artist Nazgol
Ansarinia draws a portrait of everyday life in her native city of Tehran, and of her own
position within that context. She grows along with a city that now counts almost 14 million
residents and whose face is rapidly changing. As capitalism’s sway over contemporary
Iranian society grows ever more pervasive, there is housing shortage, the real estate market
booms, houses make way for towering new apartment buildings and shopping malls, which
results in a vicious paradoxical cycle of construction and deconstruction.
Each individual is a link in this process of ‘growth’ and is, like the city itself, subject to
certain underlying codes and dynamics. It is the tension between her personal experience
and public, regulated life in Tehran that always surfaces in Ansarinia’s work: “I have so
many layers of memory from each corner of this city. Every part of this city is associated
with memories from different stages in my life. I think that’s what makes this fast speed of
construction so destructive in a way. It’s taking away our collective memory and individual
memory with it. Neighbourhoods are changing so fast that they are unrecognizable. You feel
lost when you can’t relate to a space.” (from “The Artist and their City”, The Guardian / Tate,
2016).
The artist turns a social system, an urban development or set of rules inside-out, dissects
and interrogates them in order to reveal a collective consciousness or feeling in their
reconstruction. In her exhibition at KIOSK, for instance, she films and analyses the
demolition of a building in Tehran and incorporates the ‘traces’ of the process as video and
sculpture. The video work "Fragment 1, Demolishing buildings, buying waste" registers how the
building was torn down with shovel and pickaxe in 16 days. It is an attempt to capture the
moment in between demolition and creation, and it illustrates the notion that for each new
building there is an equal amount of material that is being shoved aside.
The rubble that is carried away in the video is symbolically reinstated as a new building
brick at KIOSK. The rubble is laid open, sorted and reconstructed into new plaster and
ceramic sculptures. Alongside these, the artist also presents a series of collages in which she
weaves together articles on politics or economics from different Iranian newspapers into
mosaics. The connecting thread that runs through all works in the show can be summed up
with Ansarinia’s underlying thought that “I’m a deconstructionist who reconstructs the torn
apart elements that show something new about something so banal that has gone unnoticed,
so repetitive that it became part of routine life.” This is her way to get a handle on the
innumerable mechanisms of growth that currently define this city, and to give them form.
www.kiosk.art