Shilpa Gupta: 'Drawing in the Dark' 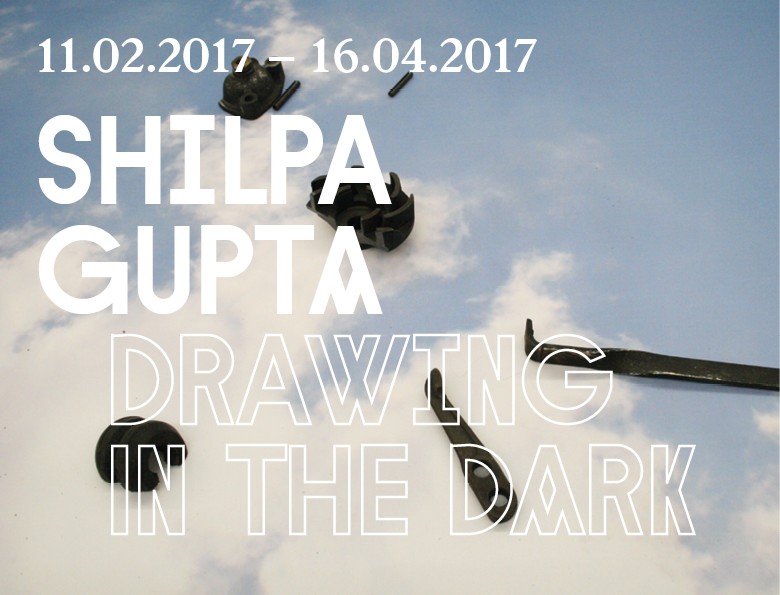 (c) Shilpa Gupta
KIOSK presents Drawing in the Dark, a solo exhibition by Indian artist Shilpa Gupta. The title refers to the clandestine movements and practices in border areas, and to the metaphor of the border or line, which links several of the works on display here. The show is part of Gupta’s ongoing investigation into ‘borders’ – specifically that between India and Bangladesh – and is an extension of the My East is Your West project she developed for the 2015 Venice Biennale. In late 2016 Gupta returned to the border that separates these neighbouring countries – a 2710-kilometre fence notorious for being the longest safety barrier in the world – and resumed her study of the impact of this imposing physical, economic and symbolic barrier on the everyday lives of the local population.

Accompanying the central sculpture 24:00:01 (motion flapboard, 2010, 2012) is a series of new pieces that can be seen as a collection of clandestine stories. The drawings, photo collages and sculptures paint a picture of the subversive, illegal and informal stream of goods, people and desires that is typical for this area. Gupta does not consider her work political in nature, instead she prefers the term ‘everyday art’: her material is what she observed at the checkpoints: border markers, the sky and ground around her, but also cannabis plantations and the smuggling of traditional clothing items such as the sari, or Tata Motors car parts. These elements she translates into a form in which the pure materiality of the objects is emphasized, as an attempt to let the artefact speak for itself and to fathom the essence of often quite complicated issues.

What Gupta aims to provoke in the visitor, rather than a passive aesthetic experience, are questions. She initiates a dialogue on the perception and construction of identity, and on
those notions that exercise an influence over these processes: nationality, technology, religion, borders, conflicts, control or censorship: “I am interested in perception and therefore, with how definitions get stretched or trespassed, be it by gender, beliefs, or the concept of a nation. There exists a chasm between the larger construct which seeks singularity, and its own fragment which may not. Markings and measuring, seemingly logical acts, may not necessarily provide solutions” (Shilpa Gupta in Indian Express, 2016).

With Drawing in the Dark, Gupta deepens her focus on the topic of the border area, because there, our apparently rigorous laws reveal themselves as in constant motion and subject to debate. The fringe area is shown as a stretch of no man’s land where practices and narratives develop ‘in the dark’, or as a parallel circuit of goods that operates ‘invisibly’ before the authorities’ eyes. The ‘law’ of each identity is replaced here by a set of conditional rules, freeing up mental and experimental space in which to question ourselves. ‘Where do I end and you begin’: where does the East bleed into the West, one identity into another?