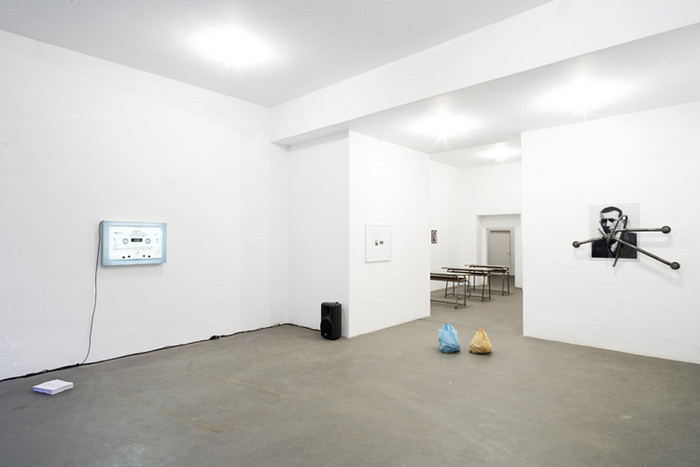 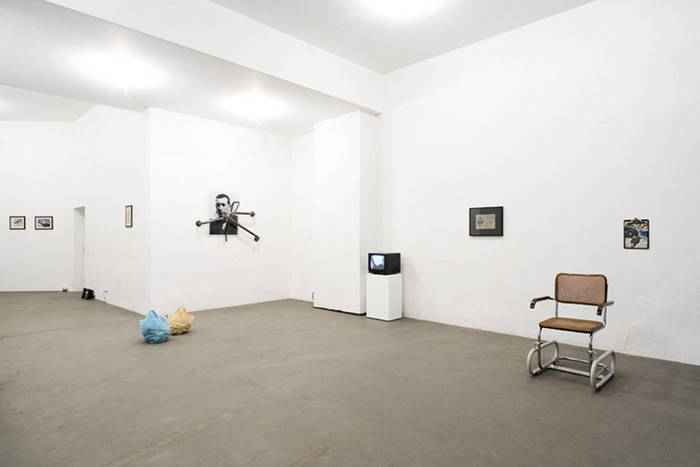 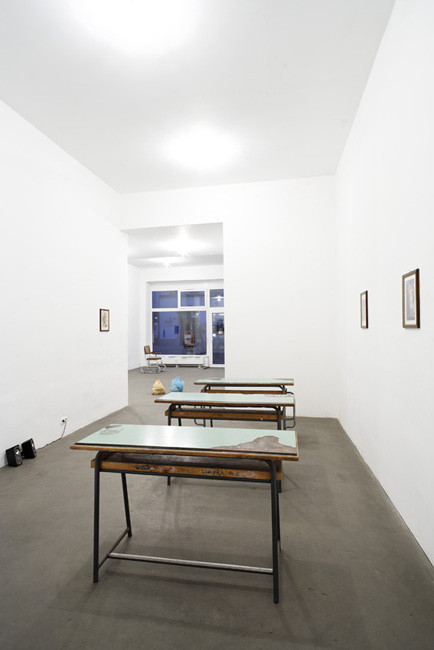 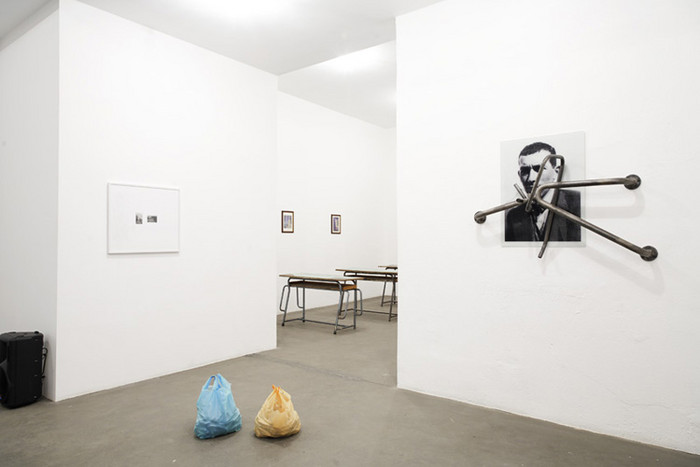 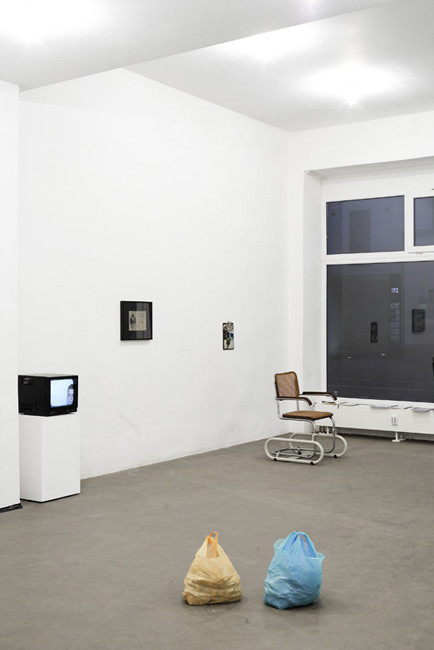 Fragile Currency focuses upon the incorporation of historical de-functionalised objects in recent artworks, understanding them as present ruins, and their return, as a symptom of the condition of fragility of the time we are living. The fragmentary-transitory object that which was, has become, and is in becoming seems to be at the core of the chosen works by Nina Beier & Marie Lund, Carola Bonfili, Claire Fontaine, Alexej Meschtschanow and Ian Tweedy. The question Fragile Currency attempts to explore, is why and how the remains, the traces of the past are being used and incorporated in single art practices more and more often and how these realities are subjected to critical reappraisal.

By recognizing an increasingly present tendency in contemporary art, which engages with the residue, Fragile Currency is not affirming the appearance of a compact movement, rather it is recognizing in the artists’ practice a modality of reflecting upon a common condition of the present time. Given the trembling socio-political situation characterized by an economical order imminently facing a state of crisis; at a time when the future seems more ambiguous than ever, and the present is dominated by a sense of fragility, the past seems to have become the only certainty. Ordinary objects that have been pushed aside by time to become remnants, appear in Nina Beier’s & Marie Lund’s, Carola Bonfili’s, Claire Fontaine’s, Alexej Meschtschanow’s, and Ian Tweedy’s work, acquiring a new solemn power, which can only be grasped in its repercussions, and in its effects.
Fragile Currency intends the notion of ruin in its condition of objects produced and discarded as a result of capitalism’s expansion and recession. The objects, deprived of their use value, gain autonomy and the disintegration of their function makes them vessels for new signification. Fragile Currency attempts to analyse the nature of these residues and the utilization art makes of them, not under a nostalgic point of view, rather underlining the way in which the abandoned, the forgotten, the disavowed, are spontaneously recuperated once again, rearranged into novel constellations, and transformed into sites where a new kind of investment occurs. The notion of residue can thus be likened to a ‘fragile currency’. Outdated capitalist products, which have lost their strength as merchandise, open up as potential spaces of critique. The corsets, feathers and combs, that were the ruins in Walter Benjamin’s Passagen-Werk (1927-1940) - constructions and products ‘precursors’ of a time that were to provide the necessary material for an interpretation of history’s most recent configurations and primary sources of political resistance – have today become books, photographs, tapes, posters, fragments of buildings, and desks: currencies of yesterday, which have survived in their deepest essence despite loosing their social value. In sum, Fragile Currency intends the incorporation, and the questioning of ruins in recent artworks, as a possibility for transition to occur. The works by Nina Beier & Marie Lund, Carola Bonfili, Claire Fontaine, Alexej Meschtschanow, and Ian Tweedy. are to be considered in their political instructiveness, and read through their ability to point out the faults of a present system by offering a counter-narrative to it.
(text by Ilaria Gianni)

Ilaria Gianni (born in Rome, 1979) is curator and writer. She obtained an MFA in Curating at Goldsmiths, University of London. She is currently Head of Programme of the Nomas Foundation, Rome. She has curated group and solo shows at the Adriano Olivetti Foundation, Rome; Maze Gallery, Turin; SNUMOA, Seoul; Gallery Loop, Seoul; Monitor Gallery, Rome. Having recently co-funded the publishing company IM Press, London (www.improjectsonline.com) she is a regular contributor to NERO magazine (IT) and Arte e Critica (IT) and has also written for Flash Art (IT), Lo Specchio+ (IT) and Circa (IRL). Ilaria Gianni is currently co-curator of the Award for Italian Young Artists 'Pagine Bianche d'Autore', and teaching assistant at the IUAV, University of Venice.