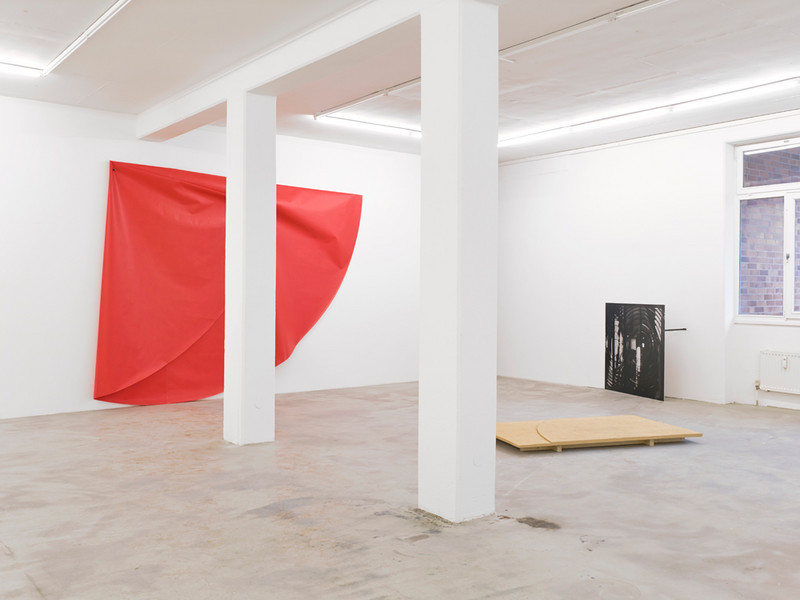 Save the date: Friday, December 13th, 2013 at 19 h. Book presentation of 'Gwenneth Boelens: In Two Minds' published by Roma Publications

The contemporary art world is a devouring merciless one. It gulps us all down with a shivering pace. There is nothing new in this. We’ve asked for it. We made it happen. But, worst of all, it also swallows viewers, who are not to blame for this ruthless randomness. They are dragged along into exhibitions of any sort and they end up adopting robotic gestures, mechanical behaviours that evolve into a norm: walk in, grab a press release, search for the works that best match the ideas you just read in it, and regardless if they are found or not, move on to the next show. This is the excruciating trend we are all summoned to.

We somehow fall into a state of uneasiness as we feel the distance between Art and ourselves. However, the problem is not the distance. Let’s face it. It’s more about sharing the same space. The question is quickly prompted: Can we actually be in art? Can art be a habitable place? I once heard a man say that some recent grand exhibition had not only been visited by a large number of people, but these people had actually lived in it! He thought that this was, by far, the most flattering achievement of the project. No wonder. This was (he argued) not about what a pleasant place it had turned out to be, but a question of scale. As we know, a 1:1 scale which places viewers and art works in a similar frame of mind is not as easy to attain as it may seem.

Gwenneth Boelens’ works embrace a 1:1 scale between the mental and the physical. I once saw a work of hers that made this relation utterly explicit. It was a photographic dyptich, that on the one hand represented a forehead, and on the other, an aerial view of a landscape of stones. The forehead was like a frontier, separating subjective perception from the outer world; mind from form, ideas from material. Works in Gwenneth Boelens’ exhibitions often function also like a frontier. They seize the viewers, who don’t have to negotiate their relation to the works. Instead, they find themselves now within them.

Riveted, the title of Gwenneth’s show, is now an inhabited space that is organized around an enigmatic sound. A complex rhythm sets its structure, a short and abstract composition stretches out in to a longer duration, like some germinal thought that develops in to a larger and deeper reflection. In a similar vein, a big reddish material hangs on the wall. Gwenneth talks about tracing a ”mark” and I understand it as a stepping stone. Like a solid certainty, it is pinned to it on its upper section, unfolding freely downwards, perhaps yearning for an unexpected fate. It therefore condenses its origins and all its possible outcomes.

There is a primeval climate here. In her new works, Gwenneth explores moments of inception and follows them as they spread over time. A number of clay tablets lean on to the wall. She turns to clay so as to emphasize its archaic nature (they saw the spark of language and the first attempts at exchanging ideas). Big slabs are host to patterns of images that evoke some geological event as if everything was yet to be formed. Process is underway as these abstract images of rocks seem to be guided by the organic beats that stem from the sound structure.

Viewers stand in the center of the exhibition space and feel the energies converging in them, coming from different angles. This is when the 1:1 scale functions. This is when an exhibition becomes such thing.
www.klemms-berlin.com