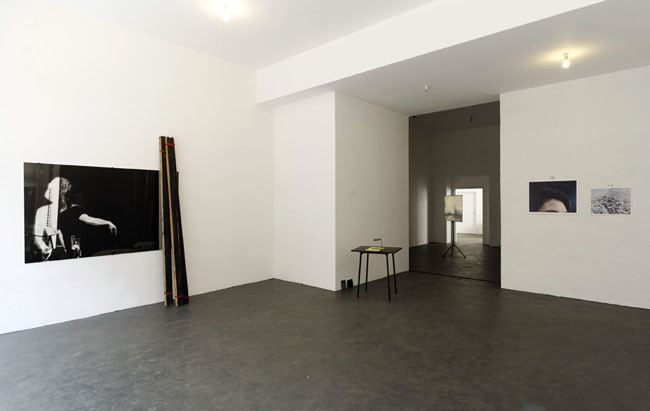 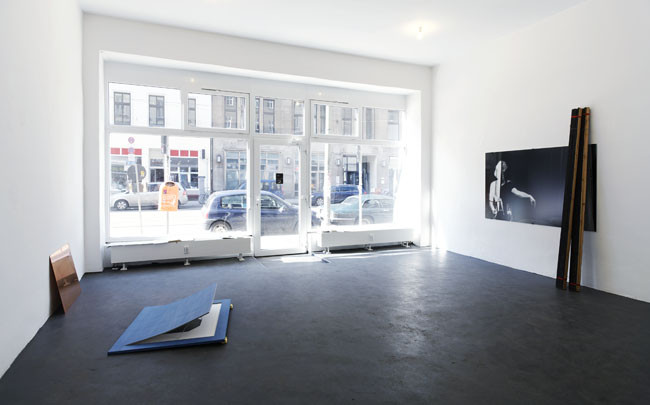 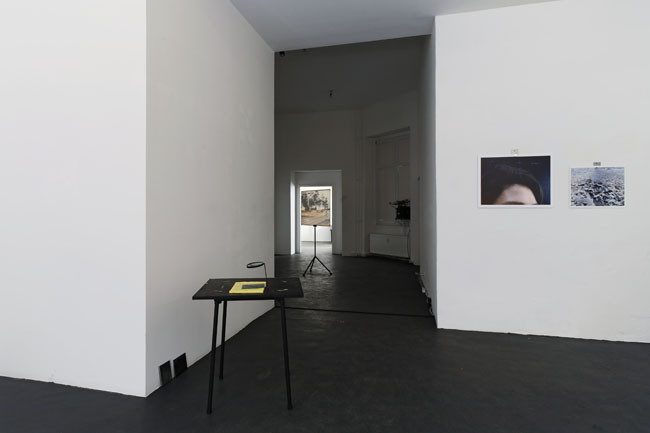 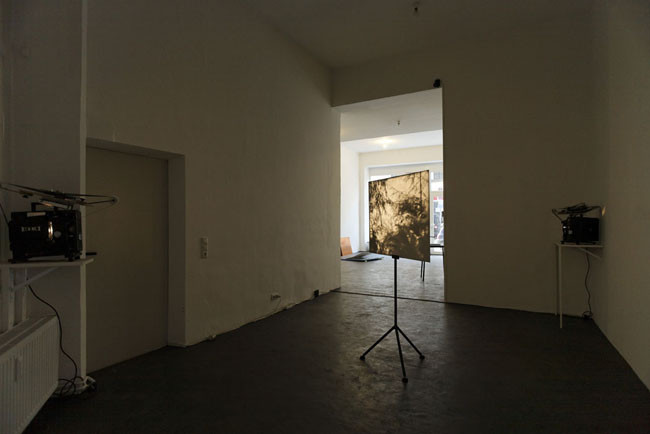 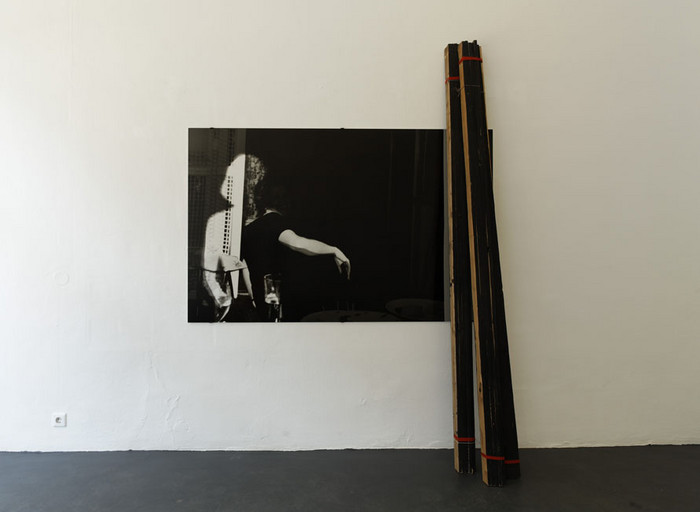 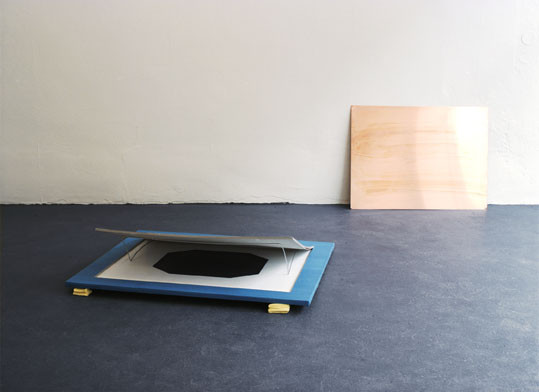 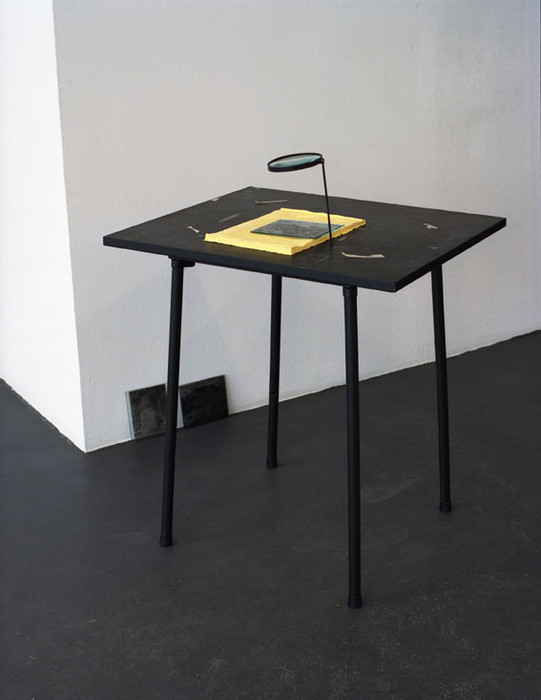 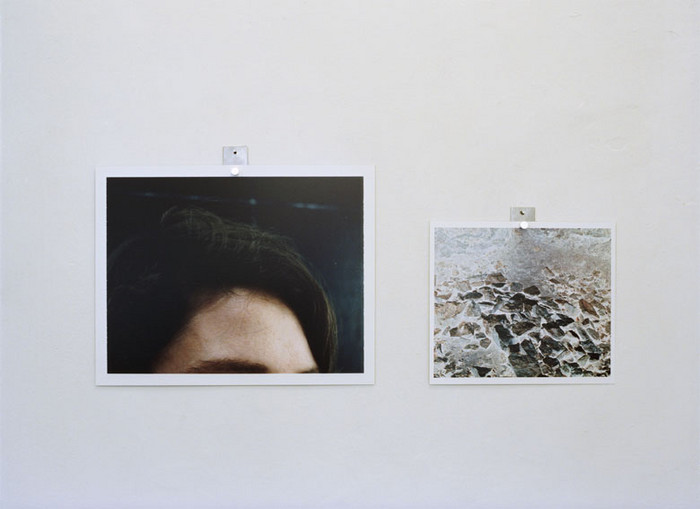 Gwenneth Boelens, Not often the walls of the mind become transparent, 2010, durable ink-jet prints on aluminium, metal, magnets, 70 x 54,9 cm and 47,3 x 40,7 cm, edition 3+1 a.p.
The work of Gwenneth Boelens revolves around the analysis of the gaze. That which can be perceived or remembered, is detached from its common context and "translated" into spatial, photographic and filmic installations. Characteristic to her work is an open and subtle pictorial language that illuminates her objective very precisely without big gestures and ostentatious narration.

The exhibition 'In Two Minds' presents a cluster of works that centre around processes at the basis of perception. As in earlier work, one can sense a balancing act between intuition and ratio, yet this time the emphasis lies on the precise articulation and evocation of personal recollections. The works offer a closer look at these inner thoughts while retaining their inherent abstractedness – closing in and keeping distance at the same time. A shared characteristic of the five works in 'In Two Minds' is that they seem to be analogies of certain histories but also of each other. They are juxtaposed in a way that accentuates implicit parallels. Essential to this is the idea of a source version.

In the installation 'There Were Moments' two 16-mm films are projected onto both sides of a centrally placed plane. On one side a visual journey can be followed, while subtitles give access to direct thoughts on encountering the world. On the other, functioning as a comment or footnote, a short black-and-white sequence of an approaching movement is endlessly repeated, creating a feeling of suspense. A form of emotional realization and simultaneous over-writing is taking place in 'Remnant', a life-size analogue print drawn from an old negative. During the exposure of the paper the artist stood in the beam of light. Her posture kept part
of the image from being obscured, namely that of the depicted person with whom she partially coincides. The inverted shadow hence indicates different layers of time and place. 'Negative. Rather than Truth' contains another allusion to a source image, this time in the shape of a handmade negative. The title refers to the status Boelens grants this negative: she is in search of a distillment of reality, not reality itself. It did not yet materialize as an image; it rather precedes the image – much like a Platonic idea. Further pursuing this, 'Not often the walls of the mind become transparent' focuses on a forehead, the physical boundary between the outside and the mind. The second part of this diptych is another negative in which rocks
lie arbitrarily in a pit, indivisible, indefinable, but at the same time tangible and charged with the history of which they form the incoherent fragments. 'Housing', finally, refers to a source version in its entirely own way, namely the origin of photography. The cassette is an enlargement of the housing commonly used to retain daguerreotypes: one of the earliest photographic processes, invented by Daguerre in the 1830s. The copper plate, which would normally bear the image, is lifted from the frame and placed aside. The housing becomes a container of ideas in which these could be permanently sealed.

In the exhibition the ephemeral source image – at the same time reservoir and an evocation of mental images, recollections and experiences – is summoned up by the use of diverse perspectives and media, through which it becomes immediately sensible.