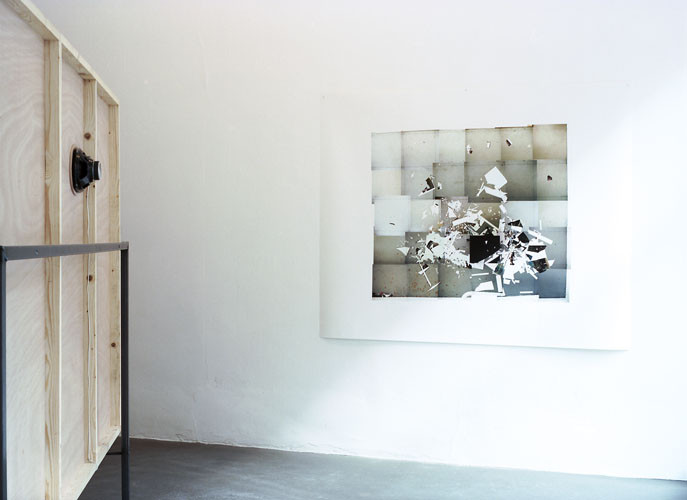 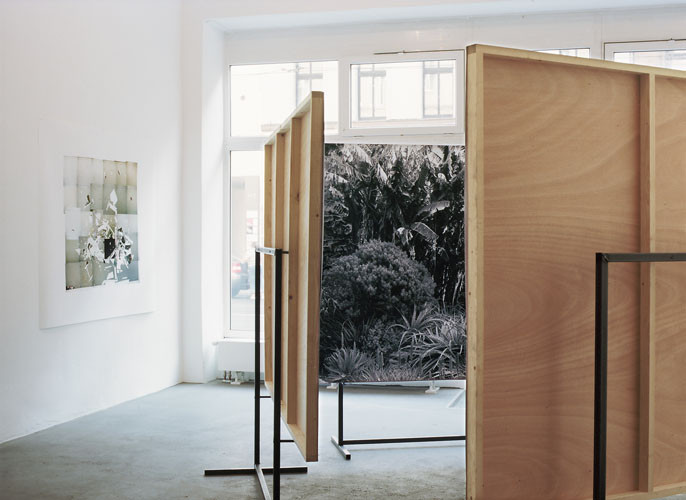 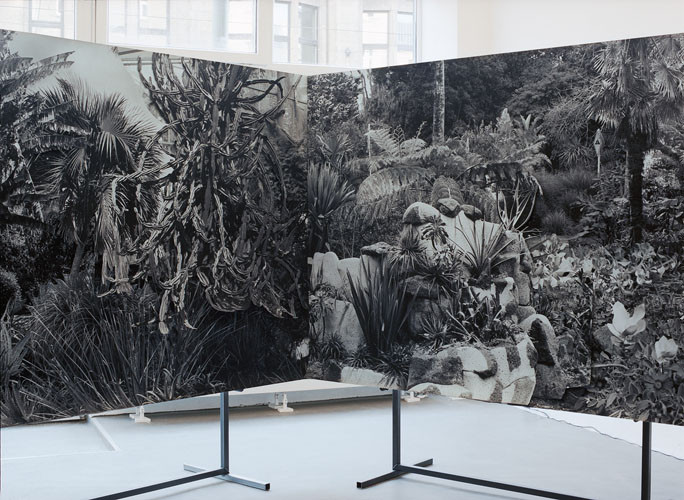 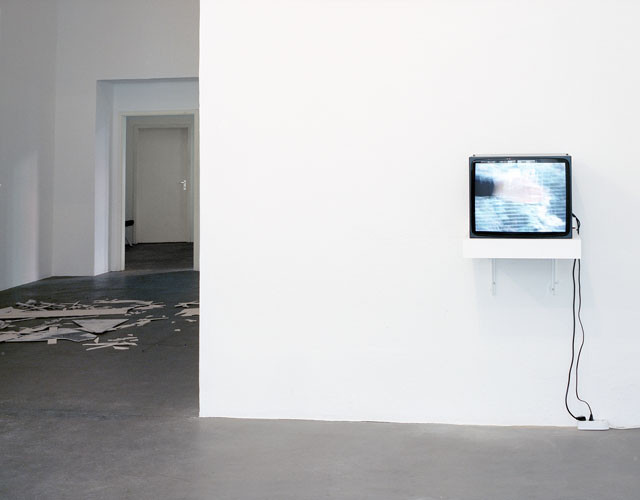 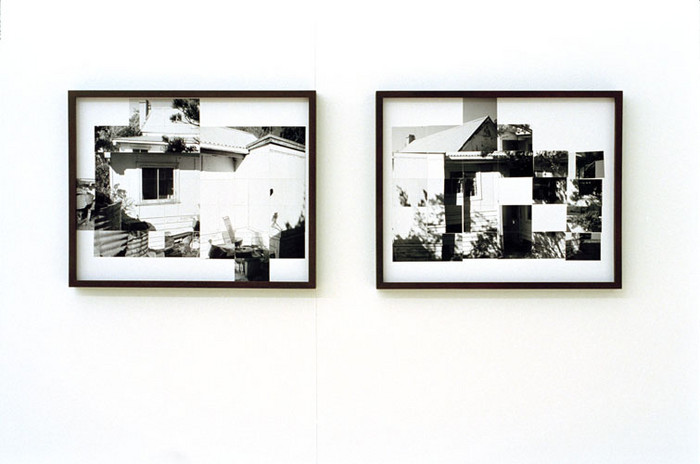 Apollo Bay 2007
collage, diptyche
each 28,5 x 36 cm
Gwenneth Boelens (*1980 Soest, NL; lives and works in Amsterdam) takes the precise observation and analysis of photography as point of departure and develops it into three-dimensional installations, collages, performances, photography and video projections. In these works different methods of scientific fields, like archeology and philosophy, mix with an artist’s approach, retaining a certain openness. She illustrates, for example, the dialectic relation between culture and nature, the relationship of the human body to space or the fragmentary character of memory and recognition. With a subtle pictorial language, without big gestures or ostentatious narration, she illuminates her objective very precisely.

The exhibition ‘The Entire Business of Coming Closer’ gathers several works that have developed in the last years and deal with the relationship or struggle between two seemingly opposing poles, rationality/logic on the one hand and intutition/improvisation on the other.
The spacious installation ‘Ramble’ refers to a constructed wild garden in New York’s Central Park, while the English verb ‘to ramble’ means erratic roaming. Boelens transfers this situation to the exhibition space: the ostensible wilderness is re-constructed by a collage-like panorama, while a soliloquy in the background reflects on the ambiguity of its artificial lusciousness.
Scanning the environment by eye-sight is an essential characteristic of Boelens’ work and taken literally in her filmic work ‘Hand-Wall’. As if to ascertain over and over again the limitations and restrictions, a person’s hand wanders along the walls and the windows of an undefined room. As the eye follows this movement a loose impression emerges – a feeling of the space that nevertheless remains insecure and is additionally interrupted by the look outside.
At first glance ‘A Whole Fragment’ is reminiscent of a jigsaw puzzle on the floor and seems to be a random accumulation of geometric forms that need to be sorted. The related wall piece reveals that it is a scaled-up derivation of a paper original. It is a conscious transfer of image fragments into the space, marking an ephemeral location that no longer exists.

Assembling images, rooms and situations from memory is inevitably linked to the aspect of failure that Boelens retains in all her works. She approaches the world as if it still has to be discovered, analyzed and comprehended while being aware of the doubts and possible mistakes that might occur. Here, the human presence is either equal to objects or subordinate to them. Slightly off-centered, yet clearly perceptible, the human is observer and catalyst at the same time for Boelens’ situations and arrangements.