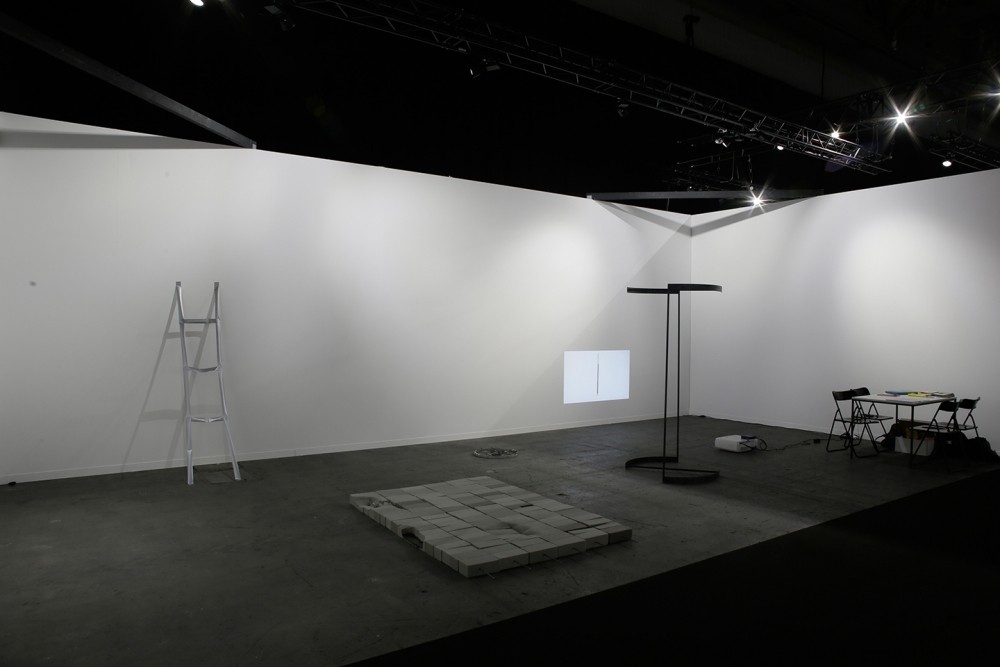 Miriam Laura Leonardi (*1985 in Lörrach/ D, lives and works in Zurich), Jacky Poloni (*1989 in Lugano/ CH, lives and works in Zurich) and Julia Znoj (*1990 in Bern/ CH, lives and works in Zurich) are presenting a landscape of works which refers to the familiar as well as the obscure. The starting point for their collaboration is a mutual interest in linguistic structures, narratives and gestures that are written into the body as stories and preempt expectations. These internalised images can be challenged because the more scope for development the narrative framework allows - here that of the art objects - the more intensely the empty spaces can be played with. The connection between concrete and abstract elements opens a field of thought with gaps in which factual and fictional scenarios conflate and a visual transformation takes place.

The artists interpret the narrative as an arrow between the seeing eye and the vis-à-vis. A vocabulary is appropriated from books, films and everyday life which grows into a large conglomeration of intentional and unconscious associations. The artists find the latter particularly interesting and want to support these instinctive or loose story fragments that emerge at the moment of viewing. The grey elements on the floor (Gold Standard, 2014) can induce such indeterminate scenarios just asEvery time you shut the door the house disappears (2015) sets off trains of thought. The object hazily takes on the form of a revolving door and is thus simultaneously the entrance, exit and passageway for circulating thoughts.

Scotch (2014) plays with a well-known silhouette and makes a central theme of the difference between expectation and circumstance. The shape is identified as a stable, functional ladder while materiality contradicts this perception. The adhesive tape is more fragile, immoveable and appears improvised. The spread and combination of similar objects producing visual narratives is the focus of Chimes (2014) and Stares (2015).

With this joint exhibition at artgenève, Leonardi, Poloni and Znoj reconsider communal associations and reassemble components of reality. The objects emerge from unusual perspectives and open up dimensions which allow for familiar and strange encounters within which they examine shifting relations and hierarchies among objects and subjects.