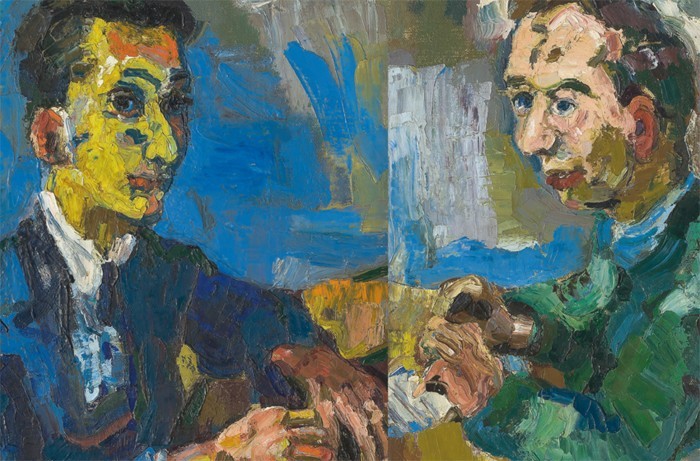 The Kunstmuseum Wolfsburg is celebrating its 20th birthday. The new building opened its doors in 1994 with a major survey exhibition dedicated to the French artist Fernand Léger entitled The Rhythm of Modern Life. 1911–1924. The Kunstmuseum Wolfsburg will now mark its 20th anniversary with a show devoted to the portraiture of another great classic modern artist, Oskar Kokoschka (1886–1980).

Circa 55 paintings, 138 works on paper and numerous documents demonstrate the evolution of Kokoschka’s artistic talents based on portrait painting. The exhibition’s eleven chapters examine his early Viennese period (works for the Wiener Werkstätten and the Kunstschau), the Berlin years from 1910 to 1916 (the collaboration with Herwarth Walden and his contributions for “Der Sturm”) and his time in Dresden from 1916 to 1923. The exhibition will focus in particular on Alma Mahler and Kokoschka’s proximity to music, on his portraits of children, allegorical women’s portraits, political allegories, animal pictures and especially his self-portraiture.

The golden thread running through this exhibition is Kokoschka’s own person: the people he knew and his view of humanity and society. Kokoschka’s portraits of persons and animals embody the essence of his outlook on the world. The show consequently presents a unique personal perspective of the 20th century and its significant events. Kokoschka evolved a style that suddenly also seems very contemporary.

An exhibition in collaboration with the Museum Boijmans Van Beuningen, Rotterdam.
www.kunstmuseum-wolfsburg.de