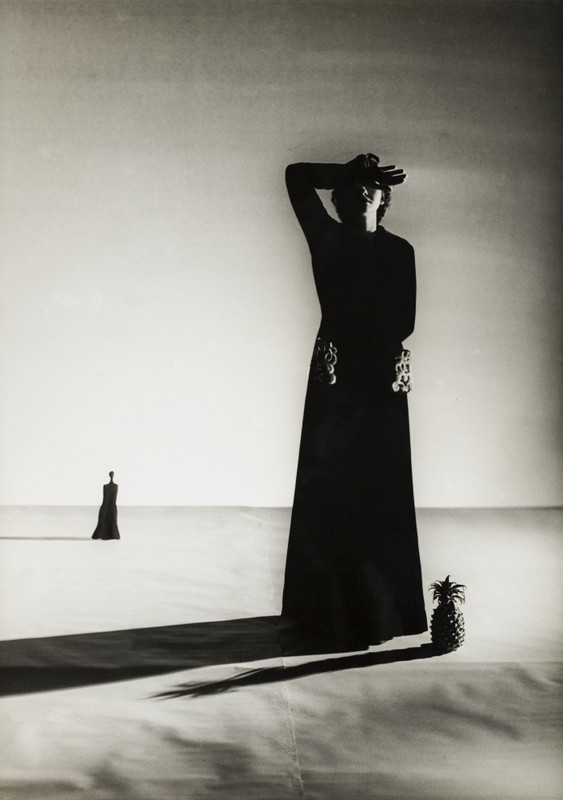 Das Neue Sehen (New Vision)
Notions about photography’s visual veracity are as old as the art itself. As early as the nineteenth century there were arguments as to whether or not photography - with its mechanical ability to record ‘reality’ - was better suited to portray life more comprehensively and truthfully than other visual arts of the period. An inevitable reaction to what were considered photography’s shortcomings was Pictorialism, which approached photography according to the conventions of painting, in an attempt to lend it more artistic credibility. But around 1920 a new generation of international photographers began reconsidering the specific characteristics of photography as tools for developing it into a more modern method of appropriating reality. Rapid progress in technologising modern society affected the adoption of and attitudes toward photography: convenient cameras that used rolls of film came onto the market in greater numbers, making it easy for even the greenest of amateurs to take photographs. Photographs were increasingly used as illustrations in mass media, and in advertising, leading to a rising demand for accomplished images and professional image makers. These developments also changed the public’s visual habits, so that the New Vision arose as an expression of the perception of this new media-fabricated reality. Positions ranged from the precise recordings of what was seen in portrait and industrial photography, via the use of new framings and perspectives at the Bauhaus, all the way to the photomontage and technical experiments such as the photogram and solarisation, as well as Surrealism’s staged images.

The Mechanical Eye
Photographers of the Neue Sachlichkeit (New Objectivity) movement wanted to show the world as it was. For Albert Renger-Patzsch, photography was the “most dependable tool” for objectively reproducing the visible things of this world, especially the results of modern technology, and in this respect, it was superior to the subjective perception of the human eye. László Moholy-Nagy went a step further, with his famous verdict that “the illiterate of the future will be the person ignorant of the use of the camera as well as the pen.” To the camera he attributed the crucial function of technically expanding human perception. Whilst adequately depicting machines, mass society, and modern metropolitan life: “the photographic apparatus can perfect or supplement our optical instrument, the eye.” Unusual aspects and viewpoints led to striking images. From a bird’s-eye perspective, buildings and streets became compositions made up of lines and planes, while a low-angle shot could create an unforeseen dynamic and greatly enlarging an object resulted in magical dissociations.

The Real and the Surreal
Ultimately, the Surrealists identified in the “realistic” recording tool of photography yet another artistic means of “écriture automatique,” which André Breton also described as “thought photography.” Beneath the surface of visible things the irrational, the magical, and the contradictory could be discovered and explored. Documentary photographers such as Eugène Atget and Karl Blossfeldt became inspirational figures in this movement. Their work was printed in the Surrealist magazines, because a plant, staged and isolated in a photograph, could trigger all kinds of magical associations beyond its botanical context. Meanwhile manipulated and staged photographs benefitted from the truthfulness of “this is the way it was,” since they could only reinforce their mysterious statements. One of Surrealism’s most important artistic means - the combinatory creation (including, of course, the photomontage) - was particularly effective because heterogeneous visual elements were joined to form new, surprising contexts of meaning. Like Brassaï’s photographs of a nocturnal Paris, Karel Teige’s collages have a surreal quality which can also be found in a different form in Man Ray’s dreamlike photograms. Both staged photography and - with many experiments with photographic techniques, such as multiple exposures, negative printing, and solarisation - strove to achieve the melding of dream and reality, a goal postulated by Breton in his first Surrealist manifesto. In New Vision photography this could generally result in images that could “go either way,” depending on the viewpoint of the real/surreal photographer and observer; they could be seen as sober, objective reproductions of the visible world, or as imaginary, subjective reflections of reality.

The exhibition RealSurreal leads the visitor through Neues Sehen in Germany, Surrealism in Paris, and the avant-garde in Prague, alongside themes such as portraits, nudes, objects, architecture, and experimental. Opening with a prologue of exemplary nineteenthcentury photographs which are compared and contrasted with Neues Sehen, one can literally experience the Neues Sehen in the Kunstmuseum Wolfsburg via rare original prints by notable photographers, while rediscovering the broad spectrum and complexity of photographs from real to surreal. Besides approximately 200 photographs, the exhibition contains historical photography books and magazines, as well as rare artists’ books and examples of avant-garde cover design, making it possible to experience this new view of the world.

In cooperation with the Internationales Filmfestival Braunschweig the Kunstmuseum Wolfsburg shows the four-part film program “The Magic Eye”. An extensive program, inspired by the exhibition RealSurreal will be screened as part of the festival (www.filmfest-braunschweig.de).

The exhibition catalogue, containing essays by Antonín Dufek, Björn Egging, Ivo Kranzfelder, Ulrich Pohlmann, and Bernd Stiegler, will be published by the Wienand Verlag. Available for 28 € in the Museum Shop.
www.kunstmuseum-wolfsburg.de