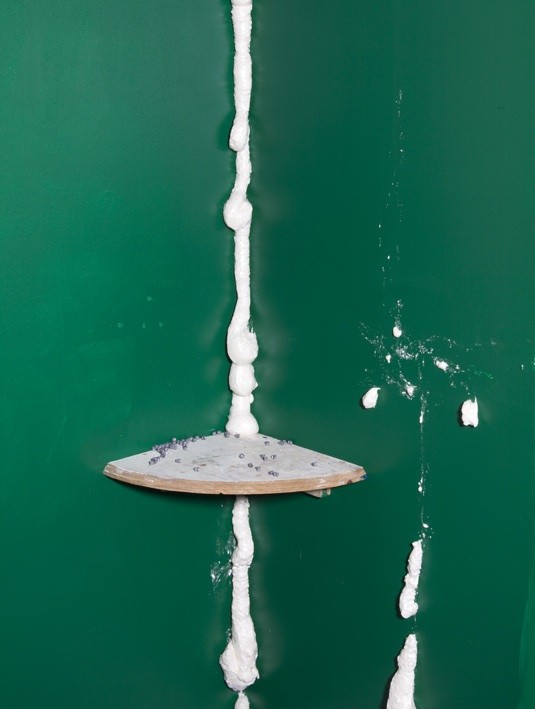 Maureen Paley is pleased to announce a solo presentation of new work by Anne Hardy. This will be her third exhibition at the gallery.

Following on from her recent solo exhibition at the Secession in Vienna, Anne Hardy will present three photographs, Notations, Script and Shelf.

In the upstairs space she will build a structure of two interconnected rooms. This is a sculptural continuation that has grown out of her recent residency at the Camden Arts Centre. It is the first time she allows the viewer to enter an actual space of her making. In the past these were created solely to be photographed and were always destroyed afterwards. Breaking away from this former process allows her to expand her working methods and has given her a new dimension to explore within this exhibition. The space was created one month prior to this exhibition opening and has slowly taken shape during that time period.