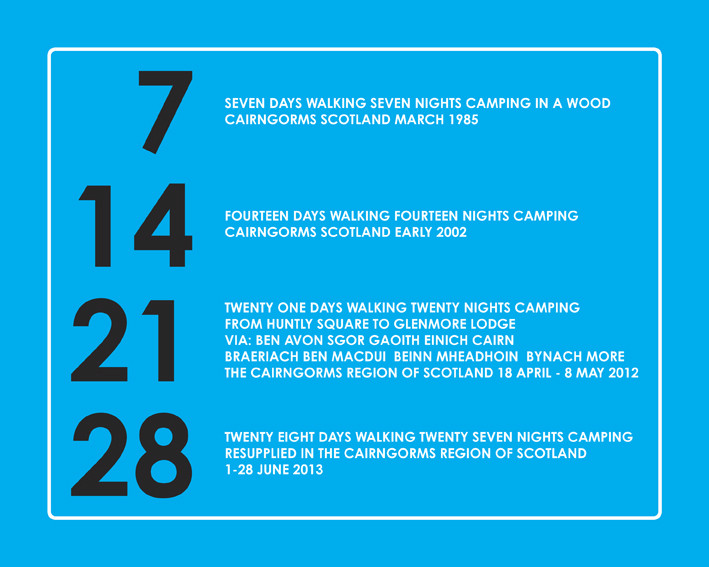 In 1973, after walking over 1000 miles in 47 days from Duncansby Head to Land’s End, Fulton made the decision to ‘only make art resulting from the experience of individual walks.’ Since then walking has formed the basis of his practice, materializing in photographs and walk-texts in various forms that result from direct engagement with the environment.

Calls for political justice recur in Fulton’s work, corresponding to his commitment to individual and artistic freedom. As Fulton has stated: ‘A diversity of art walks can interconnect with a wide range of actions, disciplines, philosophies, environmental issues, the meditative, and politics.’

For the past twenty years Fulton has been devising group walks with over thirty walks realised transnationally. In 2011 Fulton undertook Slowalk (In support of Ai Weiwei) a collective action realised at Tate Modern bringing together hundreds of people walking in silent unison.

In this exhibition at the gallery, Fulton will show a body of work that exemplifies his ongoing commitment to producing art that serves as a passive protest against urban societies that alienate people from the natural environment.


Born 1946 in London, United Kingdom, Hamish Fulton lives and works near Canterbury. Fulton studied at St. Martin's School of Art, London from 1966 to 1968 and studied at the Royal College of Art, London in 1969.