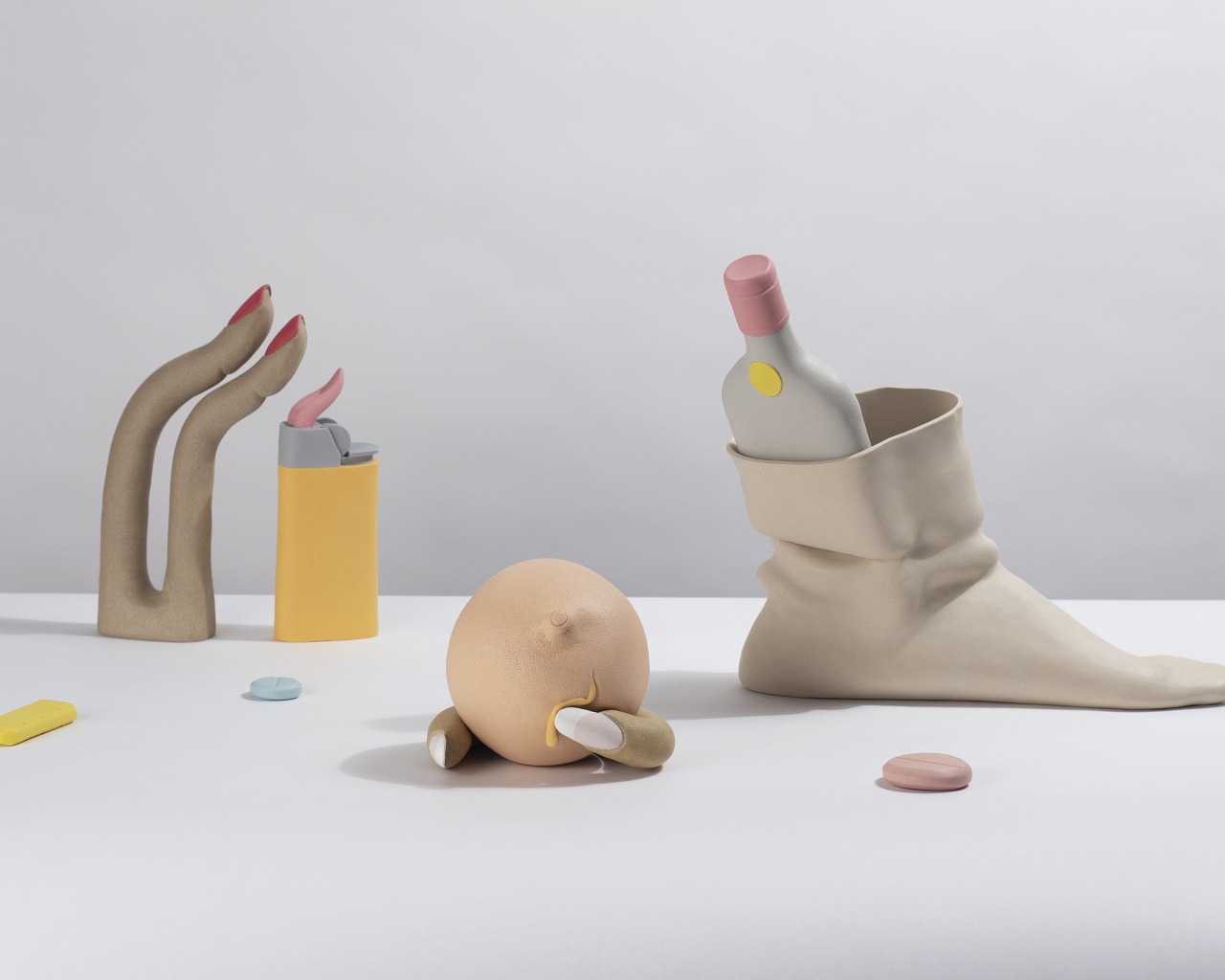 Seemingly mundane items— from cigarette stubs to soda cans, handbags and stray pills—are rendered strange as they become surrogates for the body, evoking both comfort and disquiet. Belanger conjures associations rich in references from Pop Art to the Surrealist object to seventeenth-century Dutch vanitas paintings, yet her work’s psychic impact remains acutely attuned to archetypes of the present. Belanger’s elegantly smooth and supple forms often contrast with their darkly humorous insinuations relating to pertinent subjects such as mass production, chemical dependency, and the absurdity of patriarchy.

“Holding Pattern,” Belanger’s installation in the New Museum’s Storefront Window, takes inspiration from liminal spaces such as office waiting rooms, hotel lobbies, airport lounges, and other areas where people dwell in a state of limbo. Belanger’s objects invoke this liminality, often appearing limp or wilting as if they have been left in place for a long time or melted under high heat. Viewers peer through the window onto a receptionist’s desk adorned with office supplies and an uneaten lunch, while an open desk drawer reveals items one might consume in order to cope with the stresses of daily life such as candy, a bottle of liquor, and pill packets. A low bench with two grinning lamps awaits possible visitors and a color-paneled curtain punctuates the threshold between the windows, separating the space of waiting from that of anticipation. Ceramic bricks wrapped daintily with notes are scattered throughout the installation, perhaps waiting to be pitched through a window allowing those trapped in purgatory to break free.