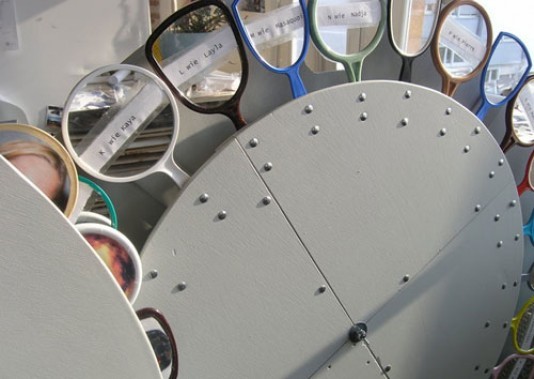 The NGBK exhibition project presents work lying between art and activism that deal with the meaning of racialised identities in western societies.

Through representation, presence and absence, images define and reinforce how we see ourselves and others. The construction of a white, universally accepted, normality, and the simultaneous exclusion of the racialised body of color are also rooted in a media culture which celebrates a majority society perspective whilst overlooking and ignoring positions of color. Others are designated as alien and depicted either as exotic or stereotypes; they are caricatured, silenced, or simply remain absent. The place itself from which these labels and gaze emanates, from which this honouring or ignoring originates, remains unnamed. What then happens when the ruling normality is held before a mirror, when the gaze of the other is reversed? What becomes visible, when the exoticised gaze back?