Established in Villeurbanne in 1982 by Philip Nelson, the Galerie Nelson has been located in Paris since 1993. Throughout its exhibitions and its participation in events such as Art Basel / Miami Beach , the Basel Art Fair or the FIAC, it supports the work of the artists that it represents. The gallery has always been commited from the beginning to the artists' career and was the first to show the Portraits of Thomas Ruff, or to present the work of Thomas Schütte and Rodney Graham in France. Moreover, the gallery continues to commit to younger artists such as Didier Courbot, Anne-Marie Schneider, and more recently Helen Mirra.

For a few years now the gallery has also been in charge of the estate of Robert Filliou which constitutes a consequent body of unique works as well as multiples.

After spending 10 years at 40 rue Quincampoix, the gallery moved in October 2004 to a new space located at 59 of the same street. Separated into four floors, the new gallery has a 200m2 exhibition space on the ground floor and first floor, as well as an additional showroom.

After Philip Nelson's death in April 2006, the gallery starts a partnership with the american art dealer Peter Freeman and continues to enrich its program with artists such as Mel Bochner or Eric Poitevin.

Within the framework of the collaboration with Peter Freeman, the gallery changes its name in March 2007, to Galerie Nelson - Freeman. 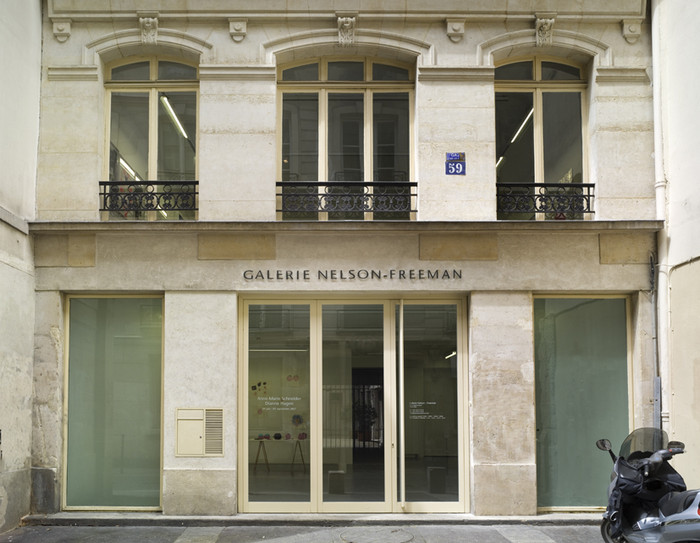