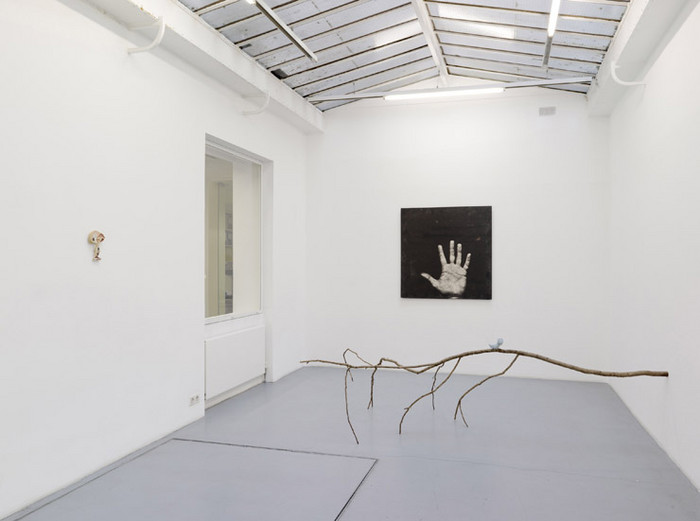 The Nelson-Freeman Gallery is delighted to present the exhibition “Bob and Breakfast – Robert Filliou and guests” based on an idea by François Curlet.

In close collaboration with Marianne Filliou, the gallery has represented the estate of Robert Filliou since 1997. Having organised several exhibitions of single oeuvres of the artist’s work as well as multiples, in 2006, the gallery asked Jean-Hubert Martin – curator of the 1985 retrospective exhibition of Robert Filliou’s work at the Bern Kunsthalle – to come up with his own selection of works from the artist’s estate.

For this new exhibition, the gallery has invited the artist François Curlet to reveal his own vision of Robert Filliou’s work, of which as a collector he has in depth knowledge and as an artist many affinities.

In this exhibition, François Curlet tries to stress the anti-establishment and collaborative aspects of Filliou’s work rather than the “DIY” side, which is often brought to the forefront. In this context, the exhibition does not only present works by Robert Filliou or his successors but tries to establish new links and create new “networks” in a manner true to the artist’s own philosophy. Thus a singular relationship is formed between Filliou’s oeuvres and those of a selection of artists as varied as Blinky Palermo, Bethan Huws, Hugues Reip and Carsten Höller. These links may be formal in nature but more often than not concern a shared state of mind, sense of humor or freedom of creative spirit.

Robert Filliou, who was celebrated for his famous saying (1) bandied about under almost any circumstances, tried above all to shed the weight of all the different apprenticeships of artistic learning worthy of the ancient orders and accompanied by certificates a go-go, in striving towards work accomplished at the speed of verbal repartee and in a field of action that could be encompassed by spreading ones arms. An “Action Poet”, devouring objects as subjects, a practice redolent of his epoch, he never wanted to be labeled, preferring above all his freedom. A whole gang of more or less happy fellows saw themselves incognito in his work and reacted with fresh wit, spoofing marketing games with publications and advertising slogans throughout the 60s. Advertising madness, plastic goods, the proliferation of the media, starlets spouting pop music, five fresh eggs to the kilo, Fluxus without the gadgets, Germans making acid pop, private mythologies swaying around in velvet pants: everyone opened up in front of the promoters.
Over and above the DIY techniques, it was his speed and attitude that made up the “Filliouish” bacteria, as infectious as ever today, so much more than just a bull in a china shop. The guests have been chosen for points they have in common in terms of mentality – difficult to pinpoint exactly – a selection was also made of objects associated in an immense horizontal “suspens-poème”(2) by Filliou. Anything goes in this inventory and the techniques and media are to be used and abused at whim.
The choice of guests of pedigree was for my own satisfaction – more poets than militants. The albatross is not far away, the breakfast is a continental one but nobody would mind if we slipped


(1)« Art is what makes life more interesting than art »

(2) A poem in the form of objects collected together with the idea of hanging them up, delivered by the post.