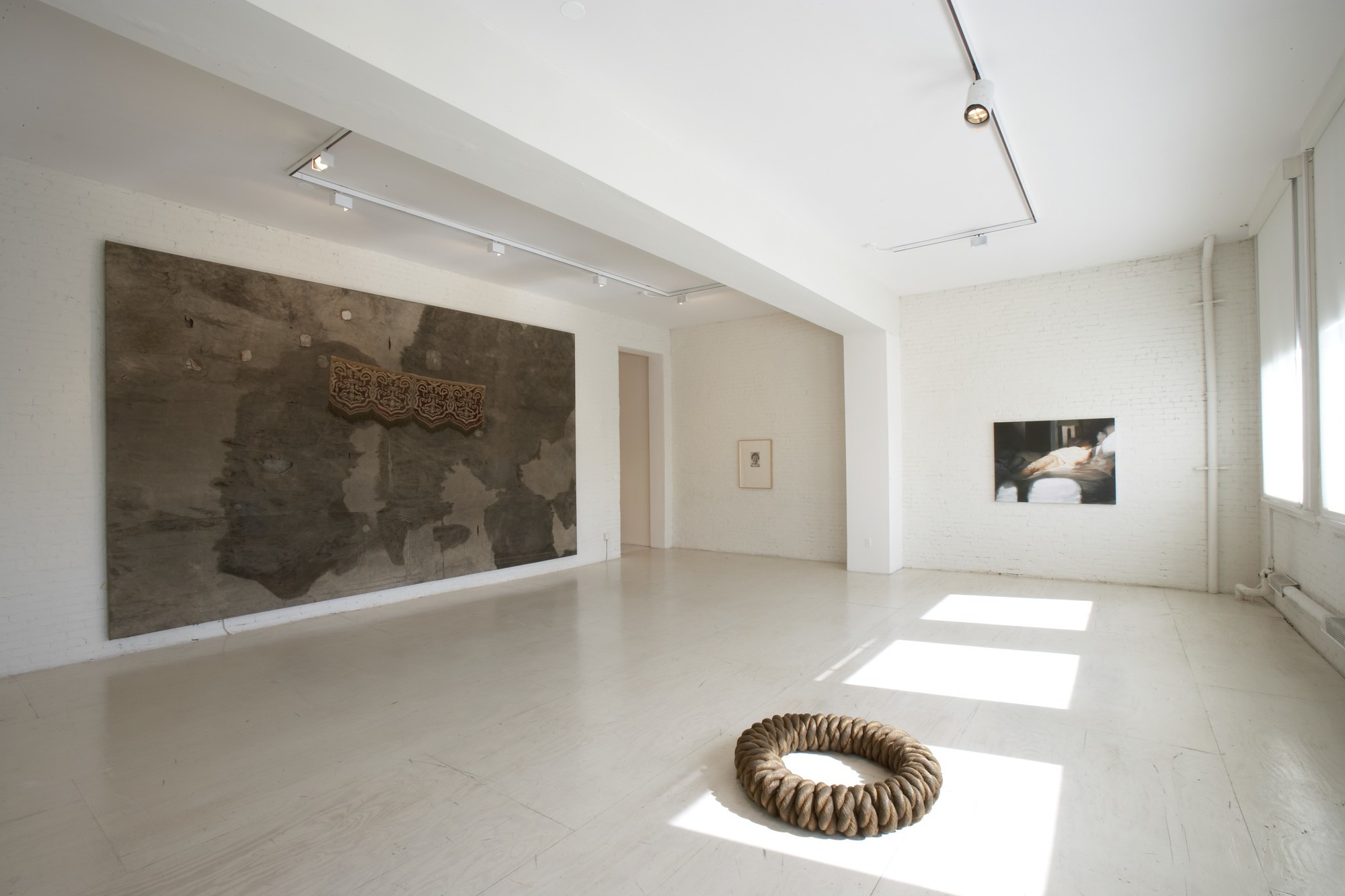 Installation view of the P.S. 1 exhibition "Not For Sale"
February 11–April 30, 2007. INPS1.957.20
Not about a specific scene, movement, or ideology, Not For Sale is about the relationship between artists and their work in the context of the economy in which they function. When material works are transferable for cash, artists have the choice of whether to sell the work or keep it from market participation. In today's robust art market, these decisions become even more pointed, even painful.

"Reasons for retaining work are many: The work is not finished or otherwise does not seem satisfactory to the artist; the work is completely satisfactory and too good to pass out of the artists hands; the work was made for a loved one who has remained, or for a loved one who has exited; the work is regarded as a turning point in the artist's production, such as models or drafts that inspired later works. Some artists hold on to a portion of their production as investments in themselves.

"I have tried to avoid work with issues of installation which might render the work unsaleable. Museums and collectors were not asked to lend works; this is a show of work that the creators won't part with. Not everyone I called is in the show. Some artists simply could not find works that they would not sell.

"This show is a personal one: I called artists whom I know well and who happened to be at home. It also represents some kind of manifestation of my unfortunate allergy to the commercial aspects of art."

— Alanna Heiss, Not For Sale curator and Director of P.S.1 Contemporary Art Center