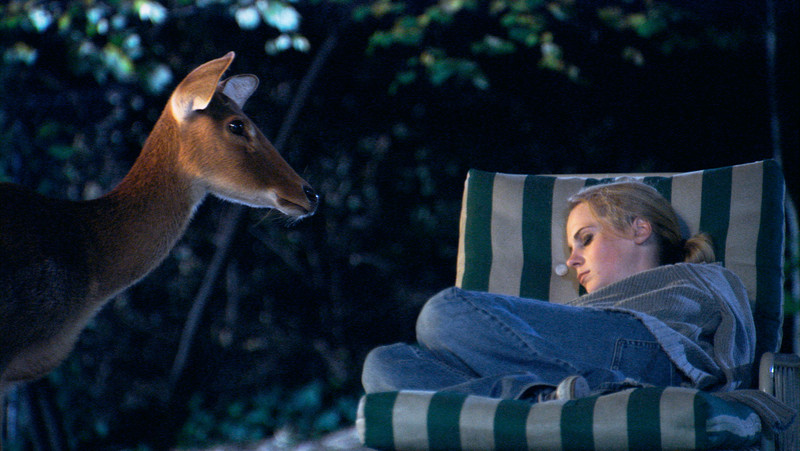 Open End is the fourth exhibition in an ongoing series of presentations of film and video works from the Goetz Collection in Haus der Kunst. Featuring the work of 14 renowned international artists, the cinematic works in this exhibition explore the idea of the open narrative with regard to the visual aspect and the use of language. As in the modern and contemporary novel, which constitutes one of the most overt aspects of the literary narrative, freer, open, narrative forms take the place of conventional, linear action towards an end point. Likewise, all the films in this exhibition share the trait of being open ended, thus pointing to affinities between the narrative techniques of the novel and visual structuring of contemporary film installations.

In House with Pool (Teresa Hubbard/Alexander Birchler, 2004), several plot lines are consistently pursued in parallel without them ever touching. It is not just the story's finish that is open ended here, but its beginning as well. Furthermore, anything that allows the viewer to infer a chronological sequence remains mere conjecture. A woman waiting in a tidy house; a girl who flees from the same house only to return; and the gardener who retrieves a dead deer out of the pool: each of these forms an individual storyline.
With Montaron, the failure of language is already expressed in the film's title, Balbvtio, which means "stuttering" in Latin. A boy shoots pigeons in an old church and rips off the piece of paper wrapped around one of these pigeons' legs. He translates the text on the paper using a dictionary; the meaning is as clear - or obscure - as concrete poetry. In all of these, the sequence of the events is as loose, and with as many breaks, as a dream.
Together, this selection of works demonstrates that the film director has as many possibilities at his disposal as does the author of a novel with regard to artistic media and narrative techniques. These include the open end, as well as the mix of genres, the framed and episode story, the whole
range of narrative perspectives (from the character perspective to the omniscient author, and all hybrids of these), the stream of consciousness as technique, and the variation on a basic theme.