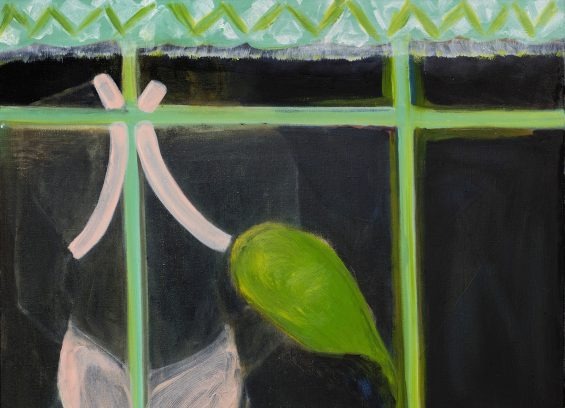 Rosalind Nashashibi makes films that eschew cohesive narratives in favor of staged scenes and sequences from everyday life arranged in collages that read as a kind of enigmatic visual poetry. The coexistence of several parallel plot lines serves to articulate her interest in complex layered realities and forms of social organization ranging from the family to the state.

Frontiers as well as cramped locations such as a ship or an isolated house in the jungle are the scenes where she sets actions—some are recognizably constructed and scripted, while others feel documentary—that let her observe the psychological structures of control and coercion in interpersonal relationships. Nashashibi, who first turned her hand to filmmaking while in school to study painting, cherishes the distinctive qualities of analog footage and classical conventions of the medium such as montage, editing, and cinematography, and so she usually shoots on 16mm stock. In the past several years, she has also created paintings in conjunction with her films; the immediacy and directness of paint on canvas allow her to bring out aspects that tend to recede into the background in the conceptual and tightly controlled work on film.

Nashashibi was a nominee for the 2017 Turner Prize and presented a new film at documenta 14, Kassel, in 2017. Her exhibition at the Secession will include a major new film project she has worked on for some time, coproduced by the Witte de With, Rotterdam, the Foksal Gallery Foundation, Warsaw, and the 2019 Edinburgh Art Festival.