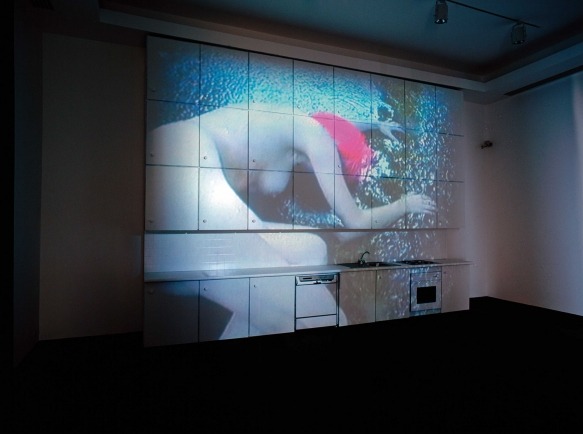 Video Art made its appearance in the second half of the 1960s, first mainly in New York and not much later in Europe too. In those early years, video was used primarily to record reality (social and other) or to document artistic practices in general and performance in particular. The technical and communicative potential of the medium were also investigated and artists commented on its position with regard to the rapidly advancing mass media, film and television. The pioneers were well-known artists including Nam June Paik, Wolf Vostell and Bruce Nauman.

By the mid-1980s, video was well established and artists increasingly employed the medium to focus on, among other things, the purely aesthetic experience of images. The techniques they used included those from the cinema world – close-up, slow motion, repetition, montage, film music and framing – to make us aware of the medium’s aesthetic potential.

This presentation comprises five works from the S.M.A.K. collection: one from the 1980s, one from the 1990s and three from the first decade of this century. They all focus on the notion of slowness and employ time in an almost film-like manner to show various, sometimes even hypnotic, aspects of beauty.