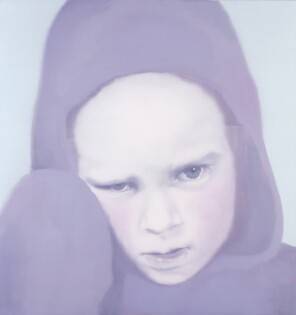 For the first time in three years there is again a Summer Exhibition to be seen in the Stedelijk.

Once the ‘invention’ of director Edy de Wilde as a way of showing important works from the collection during the tourist season, and continued under his successors Beeren and Fuchs, it is now the turn of the new director, Gijs van Tuyl.

Van Tuyl has responded to a unique situation in which the Museum finds itself temporarily in a different location, that of Stedelijk Museum CS. While in this building, in the coming years the Stedelijk will be focusing principally on contemporary art and design, both in its collection presentations and in the exhibitions.

Art of recent decades is therefore the point of departure for these Summer Exhibitions. The presentation is organised according to particular themes. The first of these is death and transience, with work by a number of British artists such as Francis Bacon, Damien Hirst, Marc Quinn, Grayson Perry, Gilbert & George, and kindred spirits. As Van Tuyl notes in an interview in the coming issue of the Stedelijk Museum Bulletin, ‘The obsession with death is typical of British art.’

Another part of the exhibition consists of work by Nauman, Warhol and the photographer Boris Mikhailov, among others, who in their own ways are occupied with human existence. In making these thematic connections, it has however been more of a matter of associative links than of creating a comprehensive thematic parcours.

In the same manner, the middle section of the exhibition, which will occupy the whole second storey of Stedelijk Museum CS, will deal with the formal sides of modernism and postmodernism, with light, colour and space and the breaking open of surfaces and volumes. It will include work by Judd, Stella’s large relief ‘The Lamp’, which has not been seen for some time, a photo series by the Bechers, and more.

Postmodern concepts in design will be shown with the work of Martin Smith, Michel Rowe, Otto Künzli and Gijs Bakker. In this section of the exhibition there will also be attention for the work of Issey Miyake and the garish and it its time shocking Memphis design. Further, there will be film clips for VPRO TV and Paradiso posters by Max Kisman, and posters by Gerard Hadders from the early period of the Rotterdam design collective Hard Werken.

The third of the Summer Exhibitions connects with the first, and deals with existential aspects such as innocence, sexuality and violence. In it there will be diverse work by Marlene Dumas, Kiki Lamers, Maria Lassnig and others, and by photographers such as Nan Goldin, Peter Martens and Larry Clark. There will also be older work found here which relates critically with regard to the idea of ‘high art’, such as that of Dubuffet and Lucebert. Finally, there will be a gallery about fantasy and the future, with work by Fabre, Saskia Olde Wolbers and others. The first work in the exhibition is a canvas by Walter Dahn, Bock mit Inhalt, which perhaps best sums up the present Exhibition: a box with contents.

Prior to the hanging of the Summer Exhibitions, the galleries of Stedelijk Museum CS will be adapted step by step to improve the lighting. The first part of the presentation will be ready on July 15; by the end of August the Summer Exhibition will be complete. Starting again on September 19 it will begin being dismantled in connection with the exhibition ‘Yang Fudong’, as part of the China Festival.

Stedelijk Museum Bulletin nr. 3, 2005, contains an interview with Gijs van Tuyl dealing with the Summer Exhibition and other matters. Available as of July 8, Dutch/English, € 5,00.