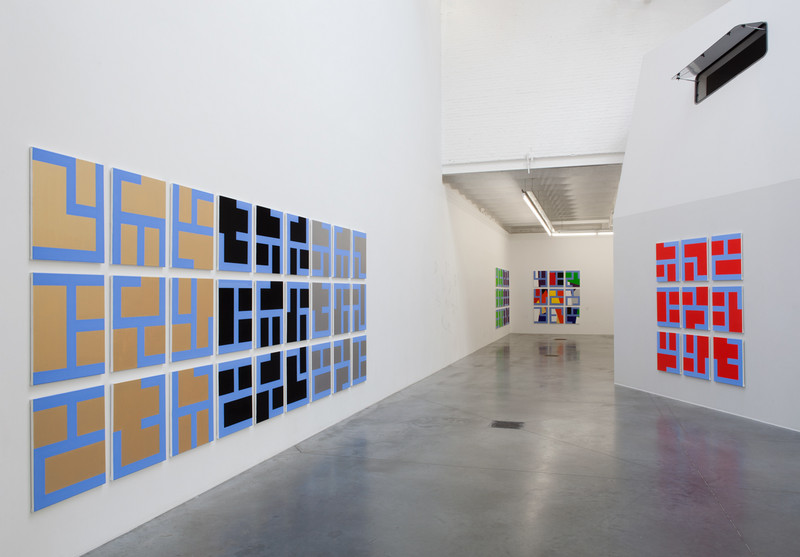 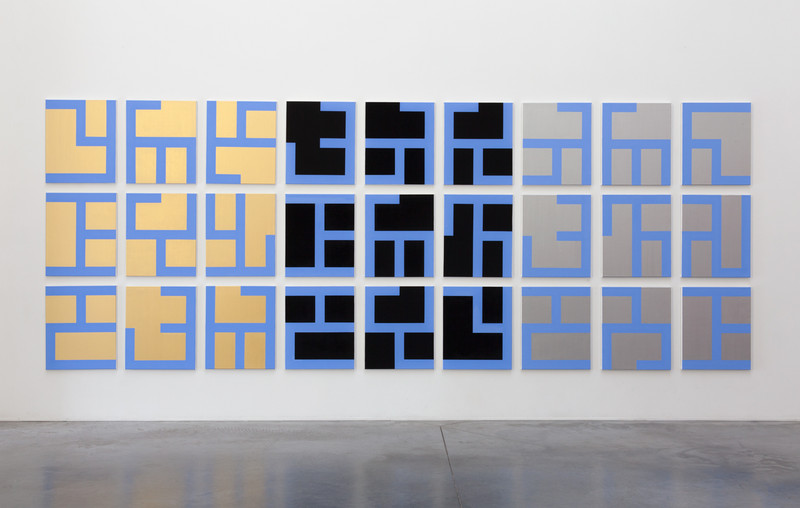 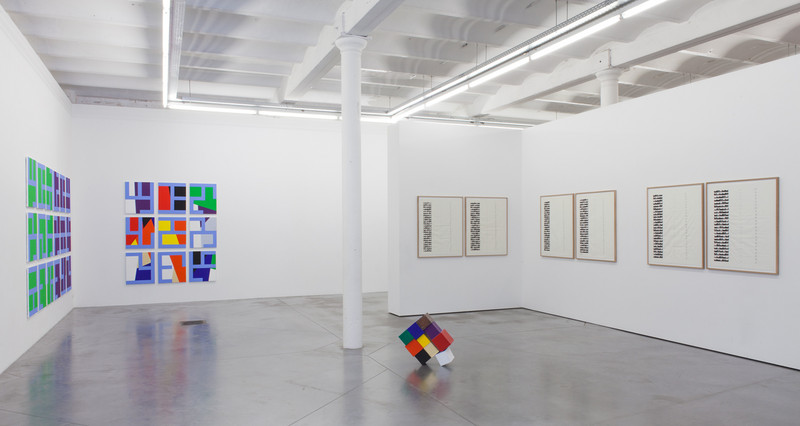 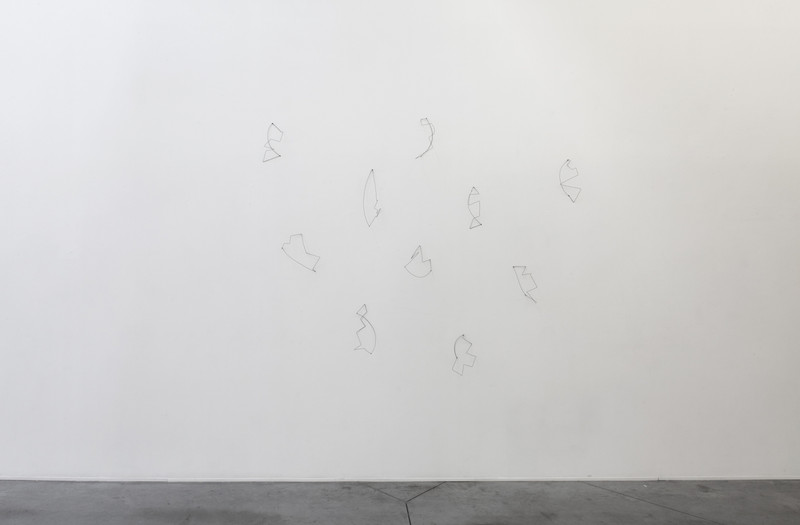 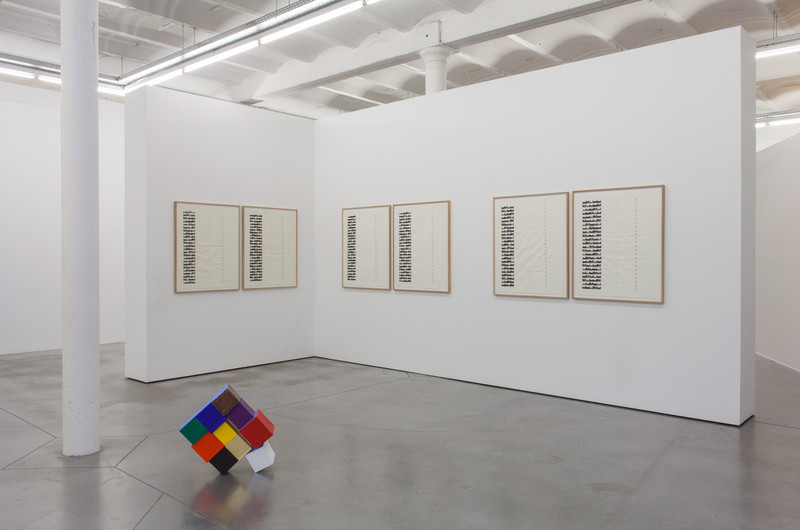 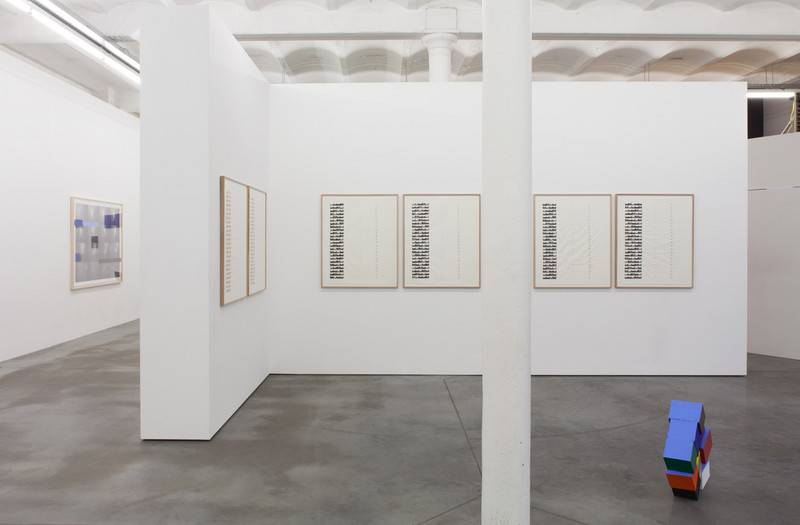 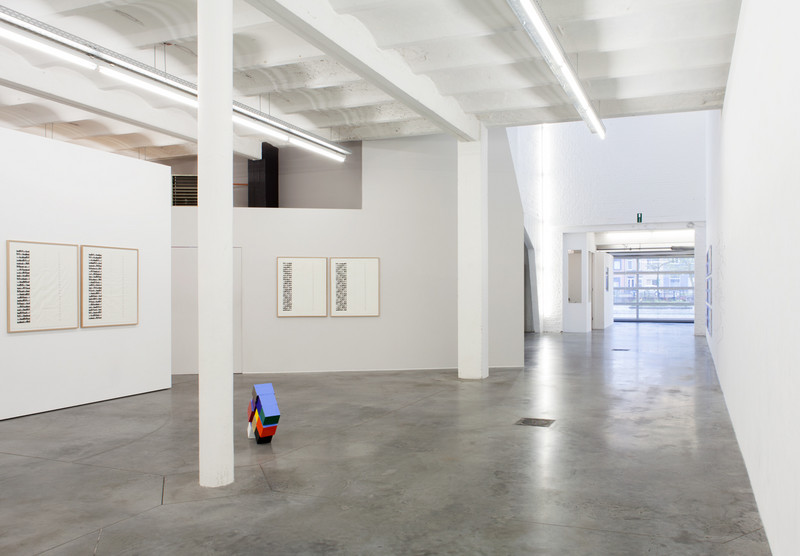 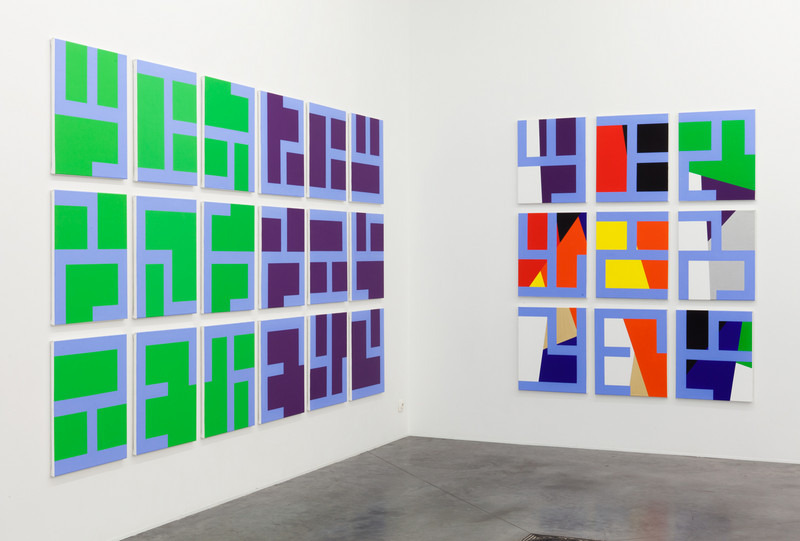 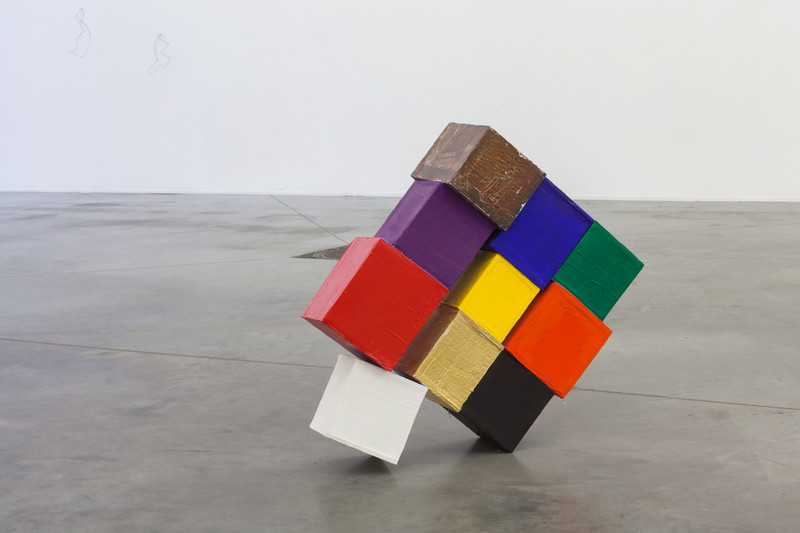 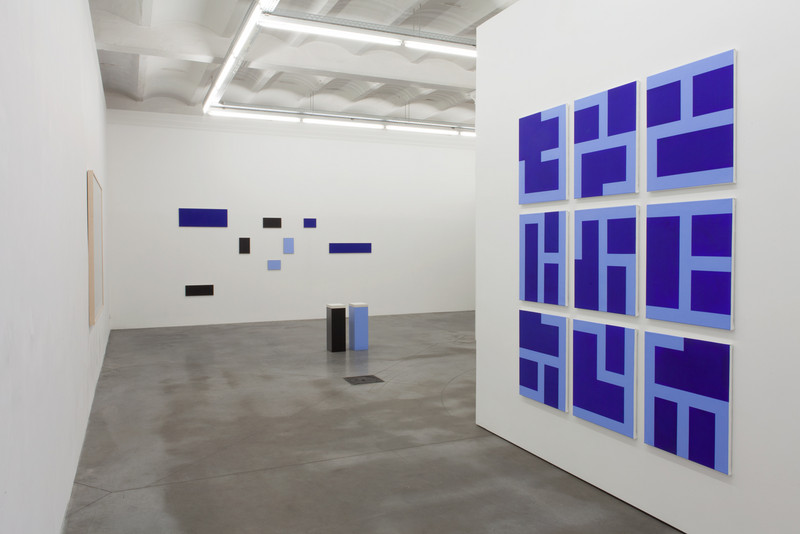 The exhibition at Tatjana Pieters complements this exposure by presenting Van Snick’s latest incarnation of his ten-colour practice in combination with a precise selection of works from every previous decade. It marks the systematic but free use of the same parameters throughout his oeuvre since the ‘70’s. Right after he graduated from the academy, Van Snick temporarily left the medium of painting as it did not fulfill his need for experiment. Fascinated by the conceptual art of that time, Van Snick started to examine patterns in cosmic logic and in daily life which led him to develop formulas and cipher codes that would later result in the use of his decimal colour system and the concept of duality in various forms. The title of the exhibition is based on this mathematical concept of permutation or the ‘rearrangement of elements’, apparent in works like ‘Kruispunt’ (1972-73), ‘Bogen’ (1977), ‘(0-9) Cijfercode’ (1982), ‘Symmetrische en Asymmetrische Dag- en Nachtreeks (blauw)’ (1990), ‘XX’ (1993), ‘Architectuur’ (2007) and ‘Eclips’ (2015).

‘Eviter le pire’ (2013-2015) will be presented in its totality for the first time. The spatial impact of this work underlines the significance of the relation between space-colour-beholder in Van Snick’s oeuvre. It is a monumental series that consists of eleven grids of nine canvases, with one grid in each of his ten colours and an eleventh grid featuring all ten colours in a particular combination. On the coloured backgrounds, the artist paints what he calls ‘characters’ in sky blue, a colour that reminds us of his attention to the cosmos and the relationship between abstraction and the real world, and symbolizes day in a duality with black signifying night.

Van Snick arrived at these characters through an interest in Aztec culture, in particular undeciphered codices. His abstract shapes look somewhat like incomprehensible symbols that conjure up the notion of an alphabet but avoid any direct connection to a known language. Van Snick is conscious of the hazards of working with such graphic compositions, including the risk that they may be confused with familiar symbols such as religious or radical signs. His concern to avoid such a fate led him to the title of the series, ‘to avoid the worst’. For Van Snick, the characters are ‘a sort of pre-language, unfixed, unsettled. It’s like the language of paradise, in which words are not necessary.’*

Despite of the simple but consistent use of colour, shape, material and concept, the work by Philippe Van Snick can be considered a unique witness of its time. It seems to drive on a visionary force explaining its continued relevance in today’s society.