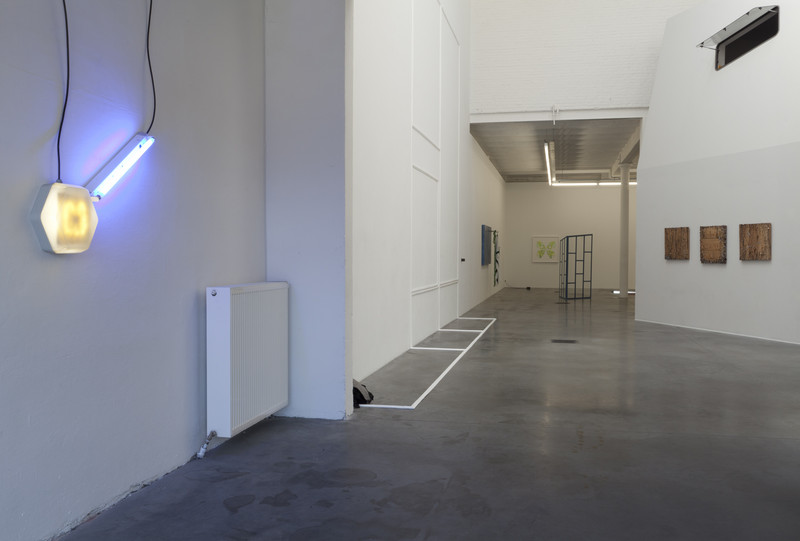 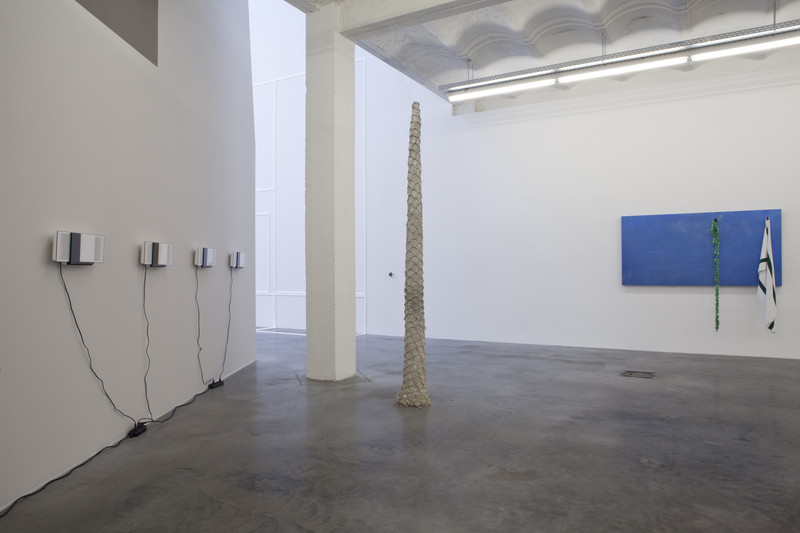 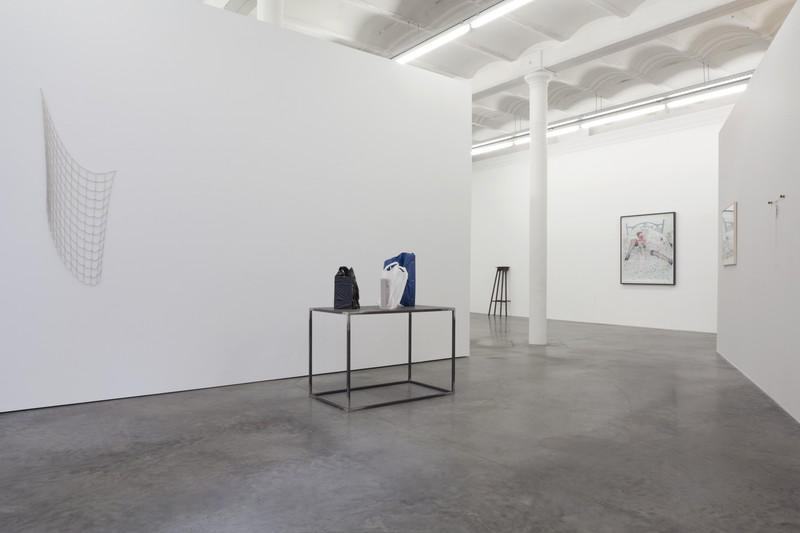 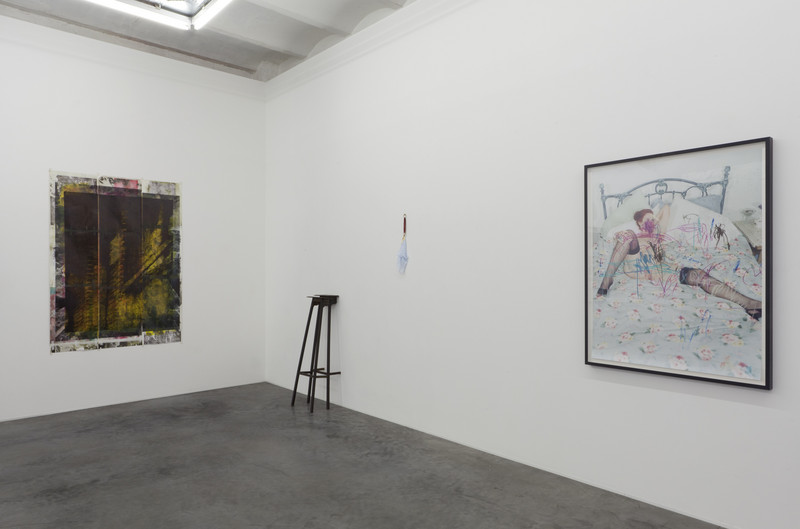 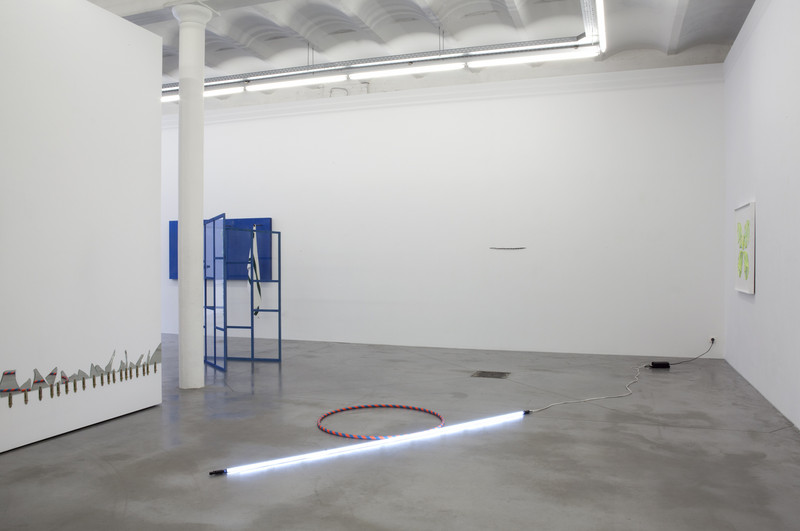 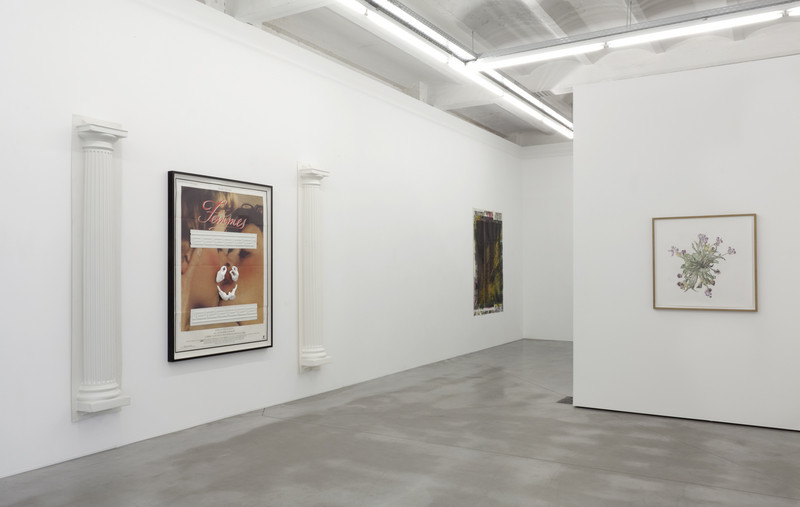 Exhibition view: Private Collection Selected By #1 / Anneke Eussen, Galerie Tatjana Pieters, Ghent (BE), 2013 / Courtesy the artists & Galerie Tatjana Pieters / Photography by We Document Art
Interested in the process of collecting as a reflection/expression of the owner’s identity, we are pleased to present our first edition of ‘Private Collection Selected By’.
During the summer, we are showing works from an emerging private collection chosen by a gallery artist who is also part of the collection. In collaboration with the collector and the gallerist, the artist curates the show and intertwines it with a series of new works and interventions. Berlin-based artist, Anneke Eussen, (1978, NL) is the first to take on the challenge.
True to our function as a catalyst for young or underexposed talent, we focus on emerging collections that distinguish themselves through a highly personal choice based on an internal sensibility and logic. The name of the owner remains anonymous, the collection speaks for itself.
Although the presentation of a private collection is a known concept, we aim to focus on the importance of the triangular relationship between collector-gallerist-artist. The red thread through the exhibition is based upon this interaction. The collection is not structured around a theme or predetermined concept, rather, it reflects an intuitive construction of a personal history between two people who share a common understanding.
The most challenging aspect of the exhibition was creating a setting that respects the autonomy of the 25 exhibited works while simultaneously prompting energizing dialogues, which may reveal a unified collective psychology inherent to the collection.
Anneke Eussen playfully interrupted this exhibition with a selection of objects that engage with the (im)possibility of relationships, adding to the reflection on personal identity and the interaction between individuals.
The result is an ambiguous and resistant show that is not easy to grasp, but all the more worthwhile when you make the effort to submerge yourself in all of the possible interpretations. A tribute to the importance of teamwork, communication and friendship between protagonists in the art world. A tribute to the number 3 as a symbol for creativity, expression and self-actualization.


COLLECTOR STATEMENT
Darren Bader, Le Quattro Stagioni, 2012 – ‘Supporting this artist from the start, we recently got the chance to buy this piece for the collection. Never before we saw aesthetics, dissonance and concept so consistently united.’

Darren Bader (no title, no year) - This work is in terms of purity the furthest a ready-made can go ... or just not ...

Steven Claydon, Lepton Bleating South West, 2012 – ‘This was an impulsive buy of a work by an artist from a different age group compared to the rest of the collection.’

Danai Anesiadou, Untitled, 2012 – ‘We usually purchase by mutual agreement, however, this was mostly his choice.’

Rein Dufait, Untitled, 2013 – ‘Rein is a young artist we have followed since the beginning, and we believe strongly in his work; This piece caught our eye while visiting his studio.’

Gabriele de Santis, How to Build a Pyramid with a Hula Hoop, 2012 – ‘Gabriele, a young artist, stands out because of his distinct visual language.’

Assaf Gruber, Early Celebration, 2009 – ‘Got to know his work at Watou 2009, and it captivated us because of its political aesthetic.’

Leigh Ledare, Bixby, 2012 – ‘We previously bought some of his work before he became well-known throughout Europe. This work in particular was bought after his exhibition at WIELS. This work was the central piece on show during this exhibition. It might be shocking for many, but it is actually also poetic.’

Grayson Revoir, Untitled, 2013 – ‘Refreshing approach of material by a very young artist. We got to know him through a young gallerist. At that time, he also had a residence at the Still House Group.’

Marianne Vitale, Untitled, 2005 – ‘A very early piece of the collection, a coincidental discovery in London.’


ARTIST STATEMENT
‘What we do is not the same as who we are.’

It has been a while since I first read the essay ‘What are masterpieces and why are there so few of them’ by Gertrude Stein. Each time I got lost in my creative process, I read it again.
In this essay, Gertrude Stein describes the importance of the moment of ‘doing’ during the creative process. She describes a clear difference between ‘entity’ and ‘identity’ (the being and the identity). She connects identity to rational thinking and memory. The ‘being’ stands in close connection to the moment of doing. For Gertrude Stein, a logical construction of a plan can never generate a masterpiece. A masterpiece is without necessity.

At first, this may seem like an odd concept, but every artist will confirm that the best pieces arise from the action within itself. You must forget your own identity in order to create something that has the right to exist. The autonomy of a piece will only stand when the connection between the piece itself and its creator does not exist anymore.
I myself belong to a group of artists who all create distinct styles. I search, I find, I make, and I eventually recognize a new piece. In theory, processes are always different than in practice ... and just because of that the moment of the making has so much importance.

The pieces that I chose from this collection are all related to the action. One can feel ‘the doing’, which is translated through the material. The pieces have the right to exist because they do not necessarily have ..., must ..., are ... Because of that, they posess a ‘being’. They are simultaneously touching and strong. These pieces are no repetition of an identity; they create their own place and demand a presence.