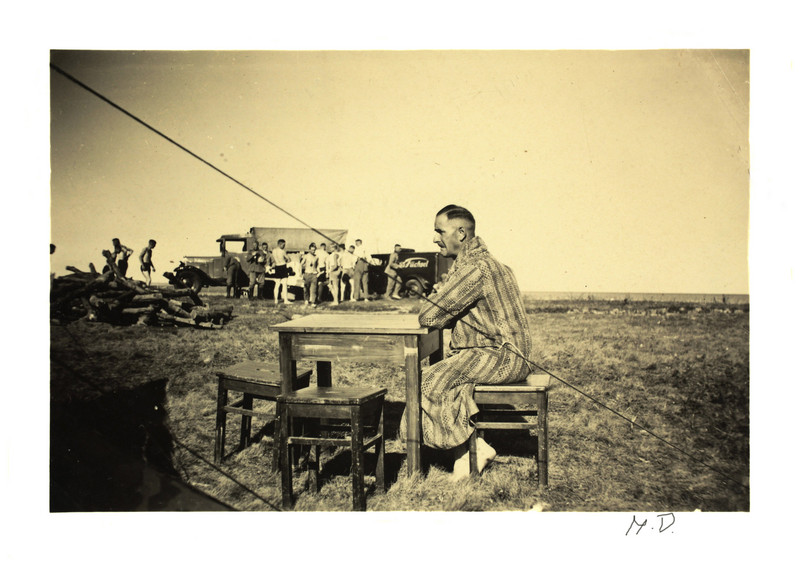 Martin Dammann: MD (print on Alu-dibond, 35 x 50 cm), 2014
Michael Müller continues his extensive search for what art is or can be in the space of Galerie Thomas Schulte with the group exhibition, "Der Kubist Marcel Duchamp mag nicht malen". Once again, this twelfth part of the exhibition cycle revolves around the year 1913 in which Robert Musil's novel "The Man without Qualities" is set. This was the very year, in which Duchamp created his first Readymade – and, thus, set a revolutionary milestone in art history, while at the same time he received much critical acclaim for his early Cubist paintings.

On Wednesday, September 17, in context of the abc art berlin contemporary, a reception will be hosted from 6 – 10 pm, including a performance by Jochen Dehn. Throughout the runtime of the exhibition, an opening speech by Ellen Blumenstein can be seen and heard daily at 6 pm.