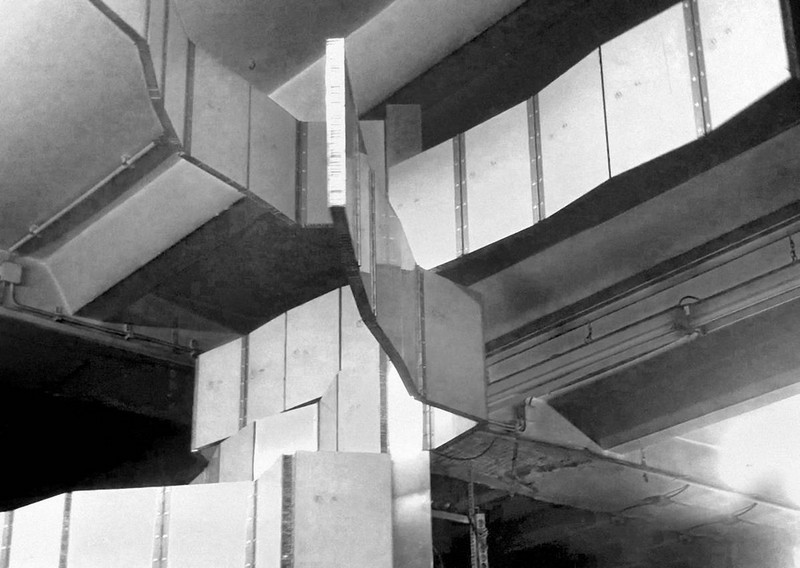 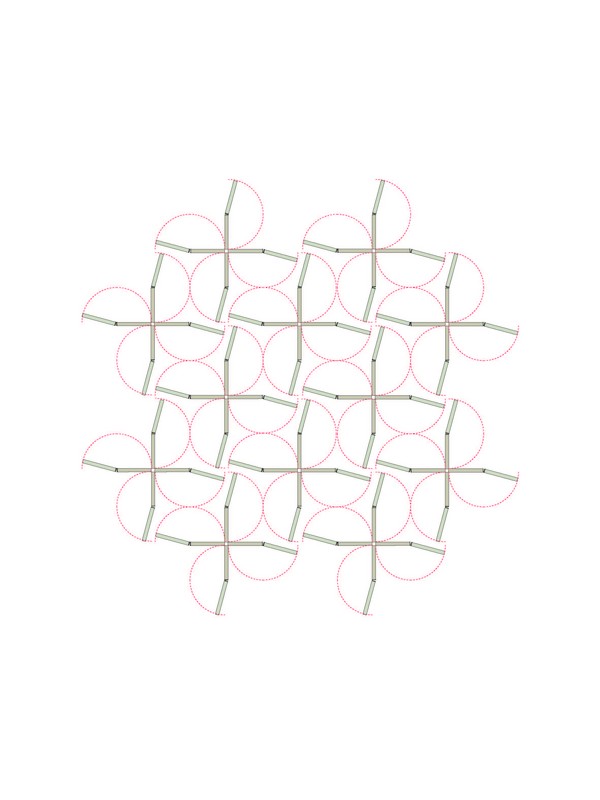 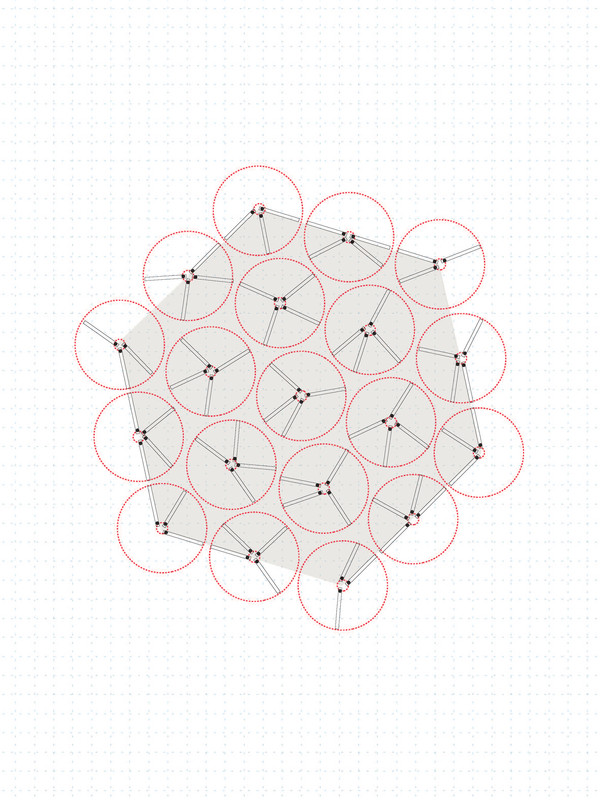 Franka Hörnschemeyer
Blindtext, 2011
Piezo print
15 3/4 x 11 3/4 in / 40 x 30 cm
Ed. of 5
Courtesy: The artist and Galerie Thomas Schulte, Berlin
As part of this year’s Gallery Weekend Berlin (April 26–28), Galerie Thomas Schulte will present a site-specific installation by Franka Hörnschemeyer in the gallery’s Corner Space. Hörnschemeyer’s installation will stand next to a larger solo exhibition with the American sculptor Alice Aycock. The artist will be present at the opening.

Franka Hörnschemeyer, who lives and works in Berlin, focuses her work on a multifaceted approach to redefining spatial conditions. As she explains, “To me a space represents a construction made up of social, historical, and psychological relationships that are constantly in an interplay with people. I examine these relationships and reorganize them.” As a rule, Hörnschemeyer’s special constructions are developed site-specifically, challenging the viewer to explore them through movement.

Unlike her previous constructions, Hörnschemeyer’s installation at Galerie Thomas Schulte is not set into movement by the viewer, but through a motor from within the construction itself. The construction’s mobile, horizontally swinging elements embody the principle of a marionette, questioning the relationship between gracefulness and movement. The elements divide the Corner Space into two levels, altering its outward perception. The horizontal elements create space by composing a type of suspended ceiling. At the same time, the construction is a moving figure, behaving within the room, much like a viewer would.

The installation’s title Im Innern der Figur references Heinrich von Kleist’s essay Über das Marionettentheater, in which the author describes a dialogue between the narrator and a dancer who admires the natural grace of the marionette. Here, Kleist writes, “Every movement, he said, has a focal point. It would suffice to control this from within the figure – the limbs, which would be mere pendulums, would follow, without needed assistance, in their own mechanical way.”

Due to conscious reflection, the dancer cannot match the natural gracefulness of the marionette. This means that the marionette’s absolute gracefulness would only be realizable if “it’s dance were to slip completely into a mechanical realm,” rather than being controlled by the human hand. This principle is of the central aspects being expressed in Hörnschemeyer’s installation. Furthermore, it finds a stage to perform on in the gallery’s Corner Space, whose big arched windows open onto Leipzigerstrasse.

Additionally, Hörnschemeyer’s digitally mastered Piezo prints, will be on display in the gallery’s Window Space. Some of these prints represent outlines of already existing works, including LaSound 908 – from the 2008 Berlin exhibition Megastructure Reloaded – as well as Konditional, the interactive moving foundation of the Polish city Zamosc. These prints, in form of layouts, allow us to understand the transparency of special systems, which run through the construction like labyrinths. On the other hand, the title of the series here exhibited Diffusion und Konfusion does not merely reference the finished project, but cryptological concepts. In this sense, it focuses on two basic principles of encryption that are fundamental to Hörnschemeyer’s work. Whereby Konfusion describes the blurring of the relationship between plain-language and secrete code and Diffusion suggests the principle of dissolving statistical structures.

Franka Hörnschemeyer was born in Osnabrück in 1958, and lives and works in Berlin. Her latest solo exhibitions include Franks International, Display, at the Wilhelm Hack-Museum, Ludwigshafen (2011), The Presence of Noise at the Galerie Nordenhake, Berlin (2010), Peenemünde at the Jewish Museum, Athens (2008), Franks International at the Henry Moore Institute, Leeds (2007), and the TSE 11022 at the Hamburger Bahnhof, Berlin (2002). Her most acclaimed works in public include Trichter, Dresden (2011), Koordinaten at Kunstwegen Station, Neugnadenfeld (2011), BFD – bündig fluchtend dicht, at the Deutscher Bundestag, Berlin (2001), and PSE 900 at the Kunsthalle Hamburg (2000). She was part of many group exhibitions counting Wir sind alle Astronauten, Universum Buckminster Fuller im Spiegel zeitgenössischer Kunst at the Museum Marta, Herford (2011), squatting. erinnern, vergessen, besetzen at the Temporäre Kunsthalle Berlin (2010), MAN SON 1969. Vom Schrecken der Situation at the Hamburger Kunsthalle (2009), Megastructure Reloaded at the Ehemalige Staatliche Münze, Berlin (2008), as well as Ideal City – Invisible Cities, at the Brandenburgischer Kunstverein Potsdam and Zamosc, Poland (2006).
www.galeriethomasschulte.de