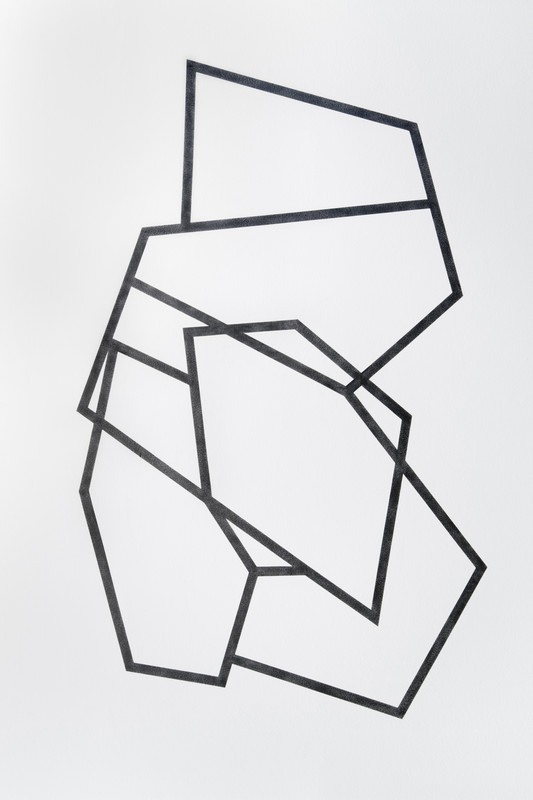 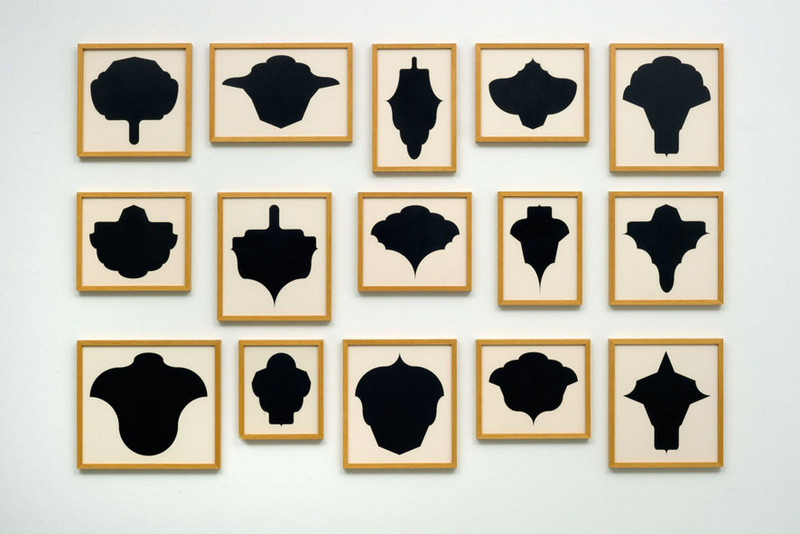 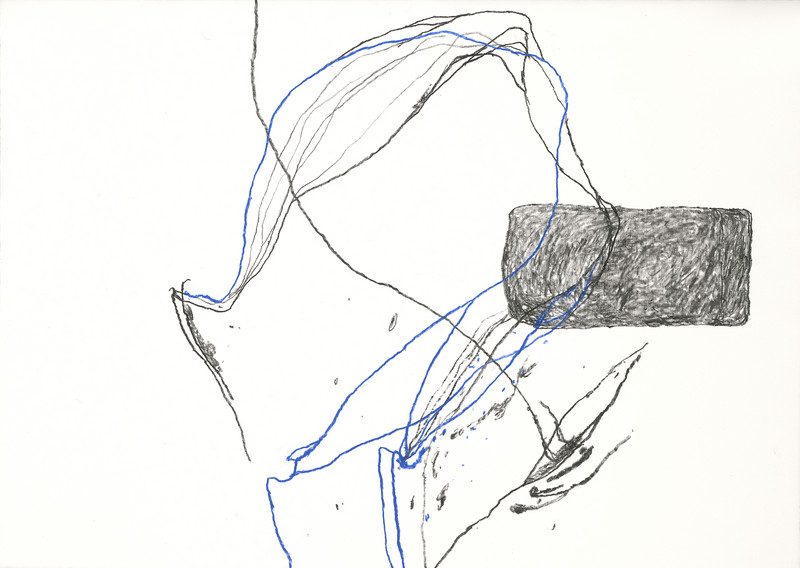 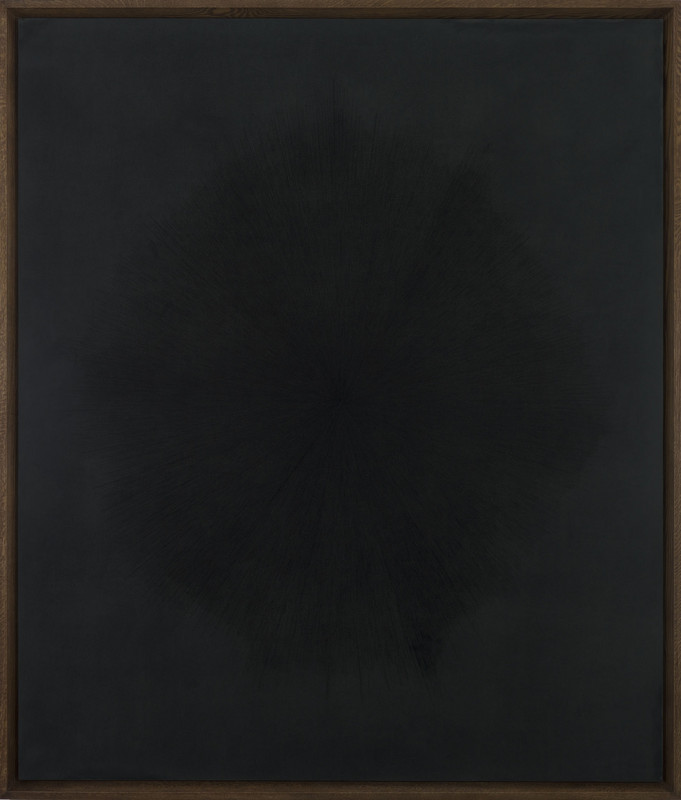 Idris Khan, The Untroubled Mind, 2012, Gesso on Aluminum panel, 251,6 x 214,8 cm (framed), Unique
Minimal and Conceptual art of the 60s developed strategies for which the drawing was often the start and endpoint of artistic ideas. The exhibition at Galerie Thomas Schulte, THOUGHT, unifies seven artists for whom drawing represents the means to document the conceptual, cognitive process, as well as the figurative process of abstraction.
The American artist, Jonathan Lasker (born 1948 in Jersey City), who deals with the possibilities of painting in an increasingly conceptualized atmosphere in art, began in 1986 by composing small drawings in great detail, to then precisely replicate them in large scale. The organic, subjective-gestural imagery in previous works was later replaced by an increasingly intense thought process, which served as a means to heighten the artist’s constant control and eliminating the element of chance in his work.
Similarly, for the Swiss artist, Albrecht Schnider (born 1958 in Lucerne), drawing plays the role of a model for painting and is considered to be the essential foundation of his oeuvre. Also, Schnider’s drawings explore the possibilities of artistic portrayal, whether in abstract studies or in faceless portraits, composed of geometric shapes. Antithetic to Lasker, the drawing’s sole purpose is not necessarily as a direct template for Schnider. In fact, in his loyalty to lines, Schnider offers a counterweight to the strict composition of his paintings.
The influence of drawing as a method of planning thought and concept is prominent even in the sculptures of Richard Deacon (born 1949 in Bangor, Wales) and manifests his unyielding pursuit to find the limitations of contemporary sculpting in his graphic work. Although his drawings set the intellectual foundation for his sculptural adaptation, they, in themselves, represent the character of his opus.
The artist, Allan McCollum (born 1944 in Los Angeles, USA), in an effort to create a surrogate for every type of traditional art, produced substitutes, which, through the simple combination of color and shape, are individual and at the same time are able to be manufactured. His Drawings, which are displayed in groups, ranging from 15 to 180, are axis-symmetrical shapes, fashioned out of lines and quarter-circles,transferred on to cardboard with stencils and colored in with graphite. They represent the drawing itself within their black surface and, although they resemble mass-produced objects, each of McCollum’s Drawings is unique.
Idris Khan (born 1978 in Birmingham, England) and Michael Müller (born 1970 in Ingelheim am Rhein, Germany) contribute younger positions on the use of the graphic medium. Michael Müller, for one, allows his own approach to drawing play a central role in his work. His cartographic, pencil drawings are mostly large structures that compose themselves of various standardized sheets of paper, placed in close succession and covered by abstract hatchings. His work, Gefühl und Gefüge, manifests a coveted sense of wholeness juxtaposed with the fragmentation in the internal composition of the image. This is represented through the interruptions of the drawing where the individual sheets of paper meet.
Idris Khan, who has made a name for himself by layering digital reproductions of images, tests, and musical scores, has, in recent years, started to frequently resort to his own material. Hereby he does not however think of the boundaries of the graphic medium in the conventional sense. The encoding of messages and writing as a medium of conserving knowledge, makes the artist the topic of his own works on display. The writing that Kahn has applied to his works radialy, are layered in such a way that the original text is only barly legible. His large scale wall piece in the gallery’s Corner Space suggests the work of late-medieval theologist Eckhardt, while the circular form of the repeteted characters correspond with the Dominican’s negotiated understanding of time and eternity.
The gallery gives a special position to the works of Paco Knöller (born in Obermachtal in 1950), whose selection of works from the series, The Thinking Reed, will be presented in the Window Space. Knöller began his art degree under Joseph Beuys in the 1970’s at the Academy of Arts in Düsseldorf. Much like the Beuysian approach, Knöller’s drawing process is the articulation of materialized thought, and is thereby closely related to his movements of thought.