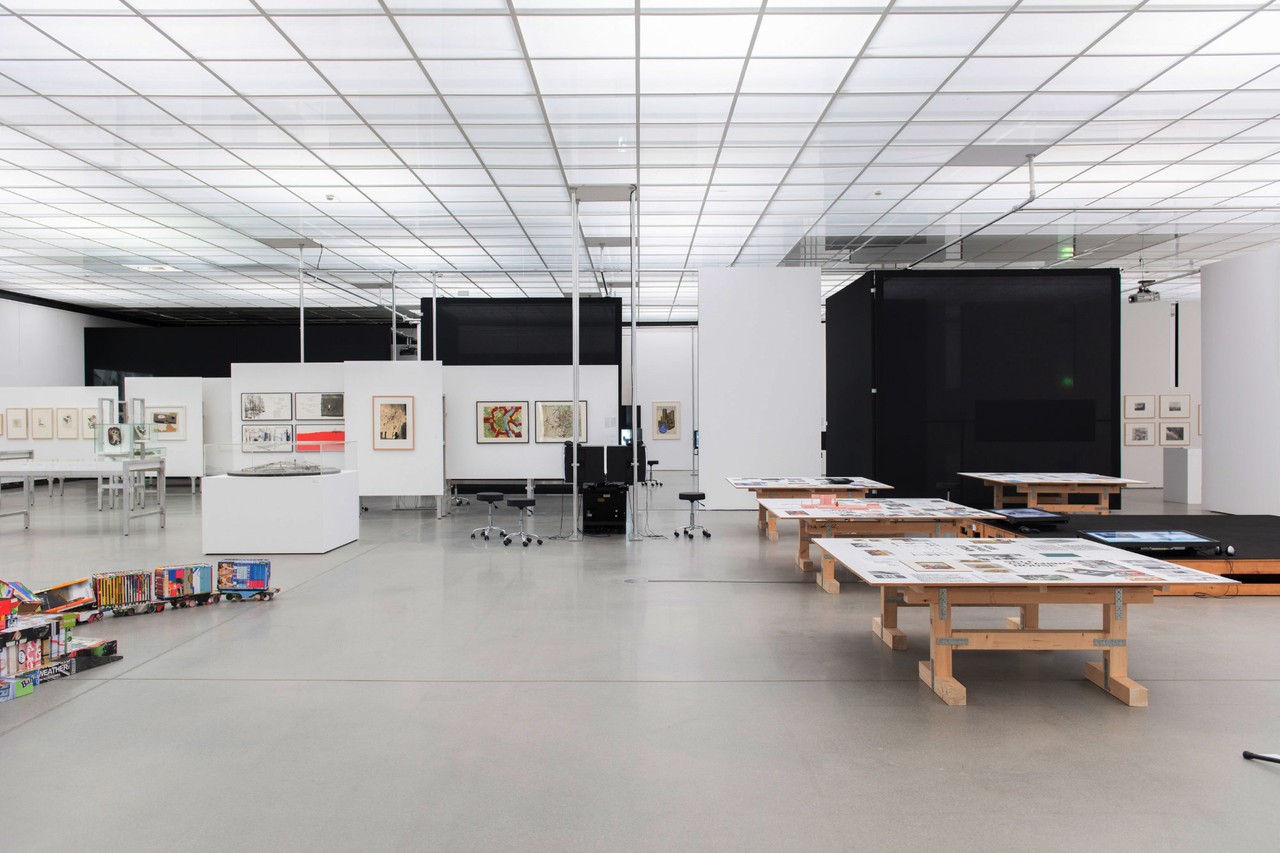 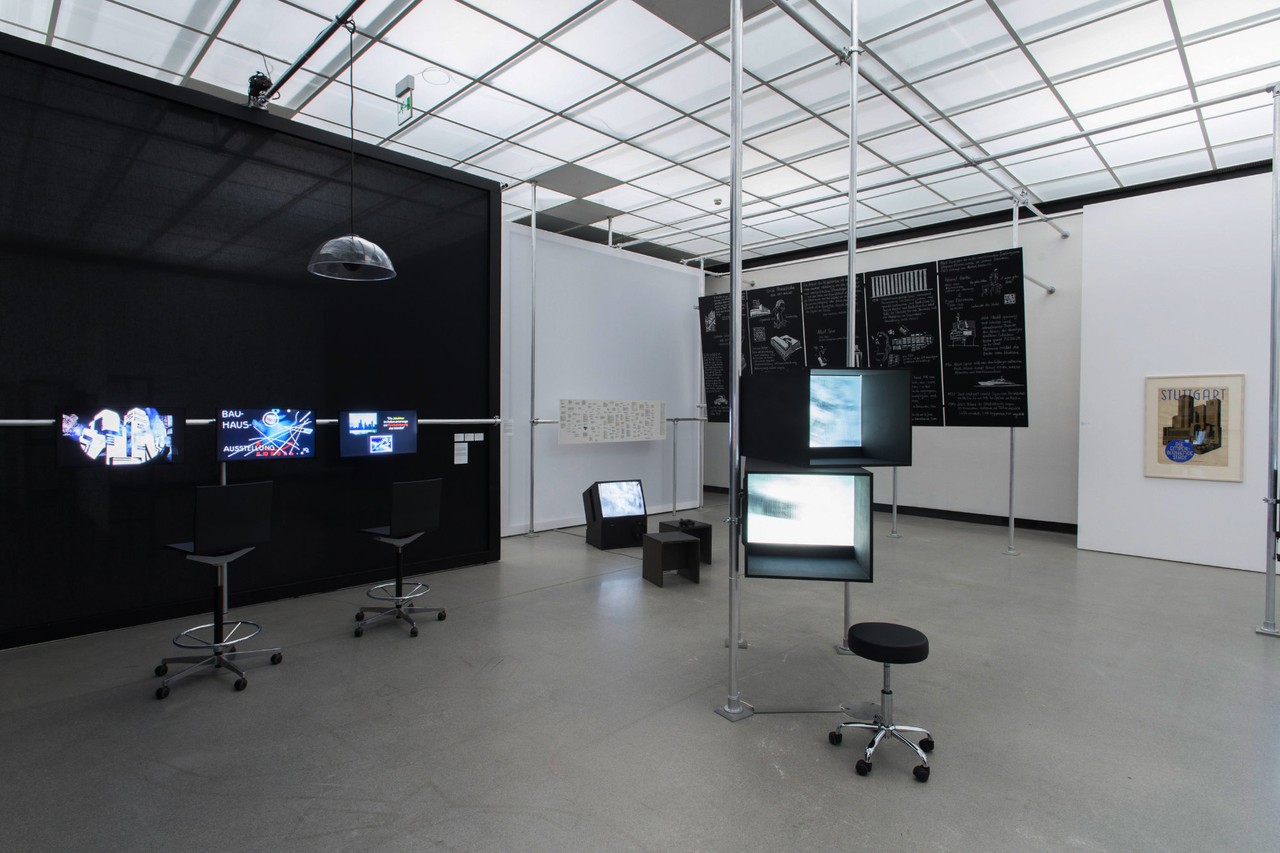 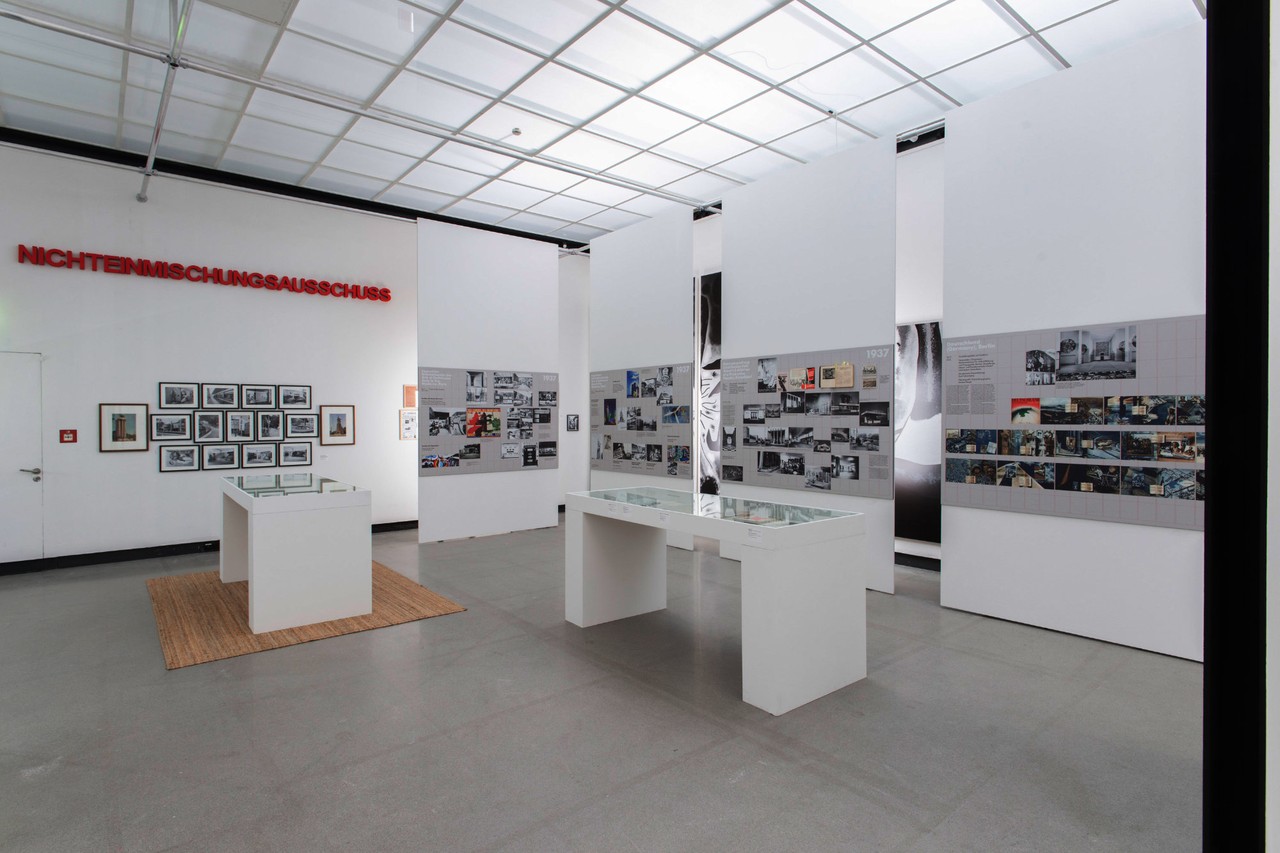 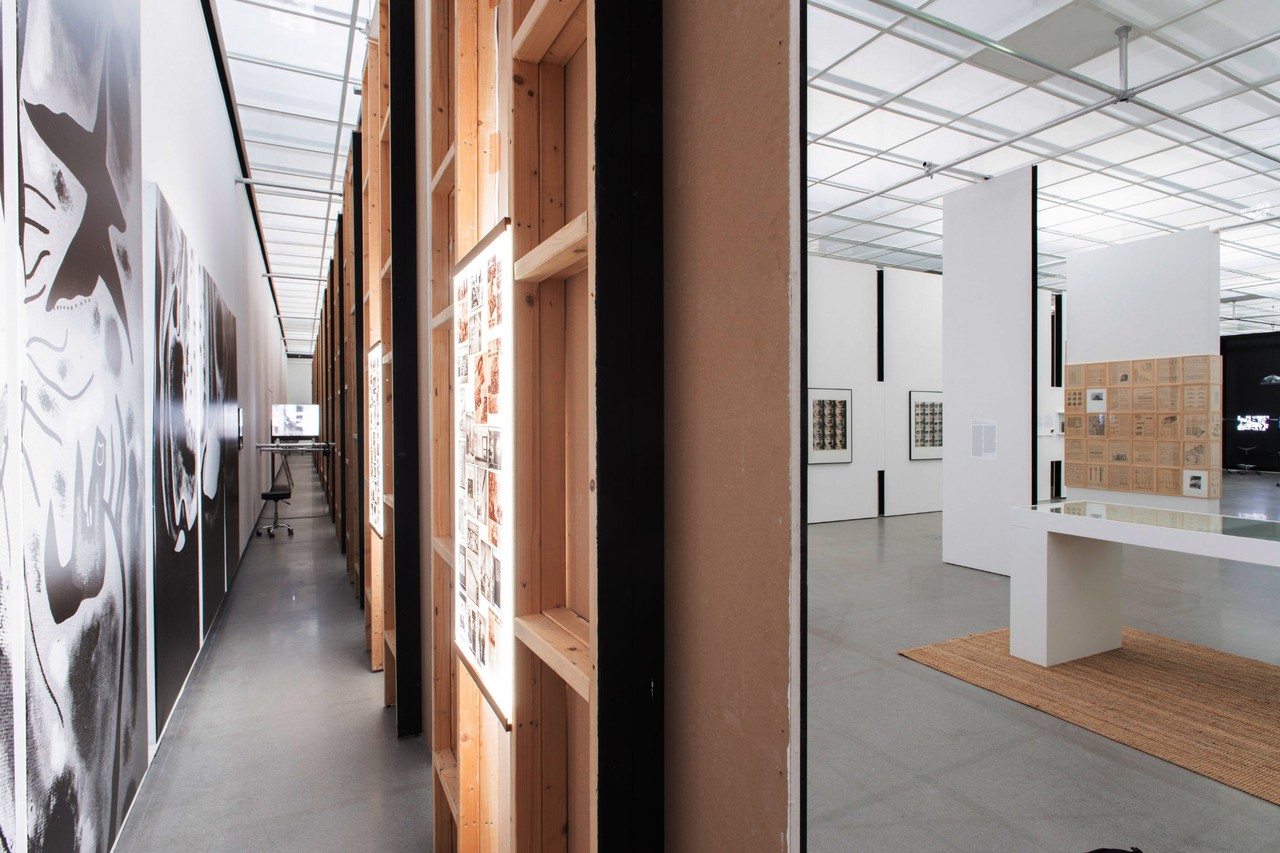 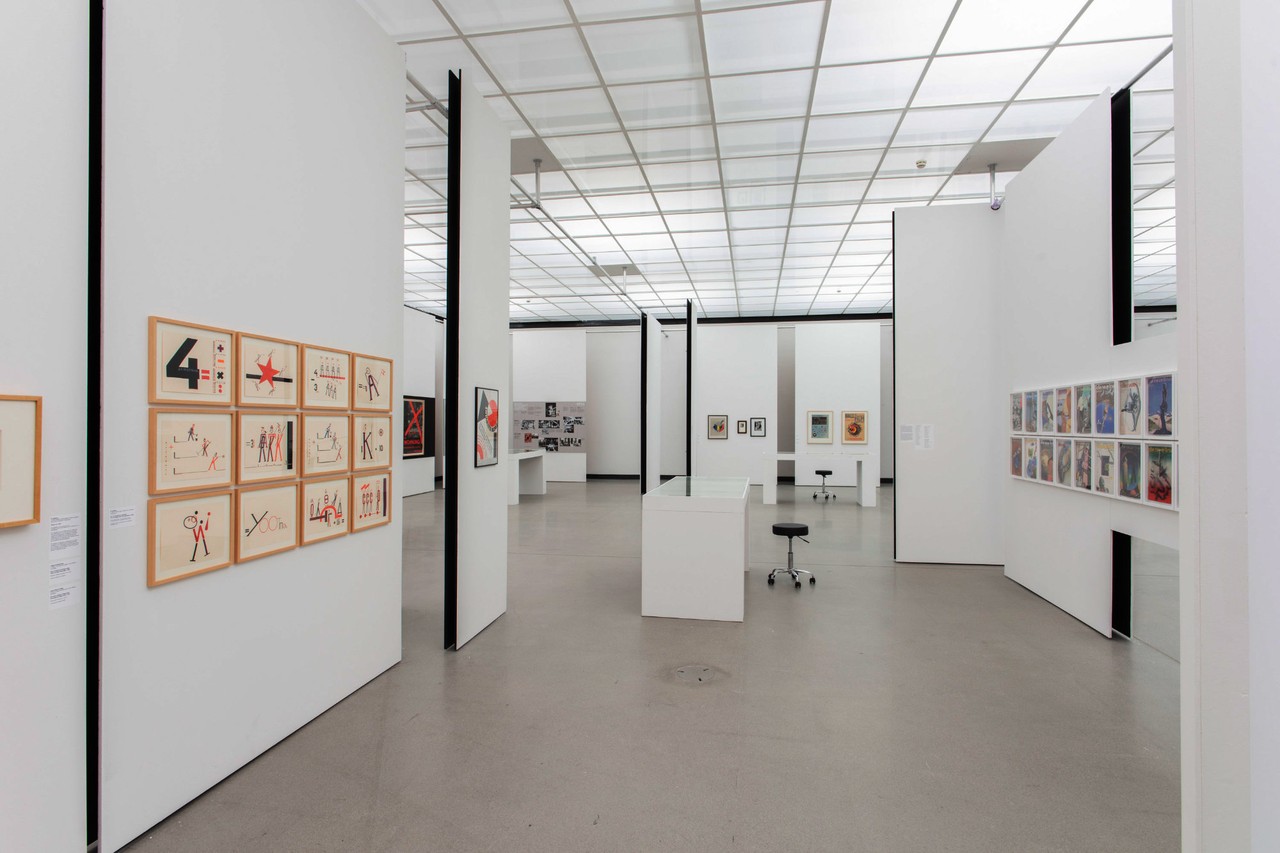 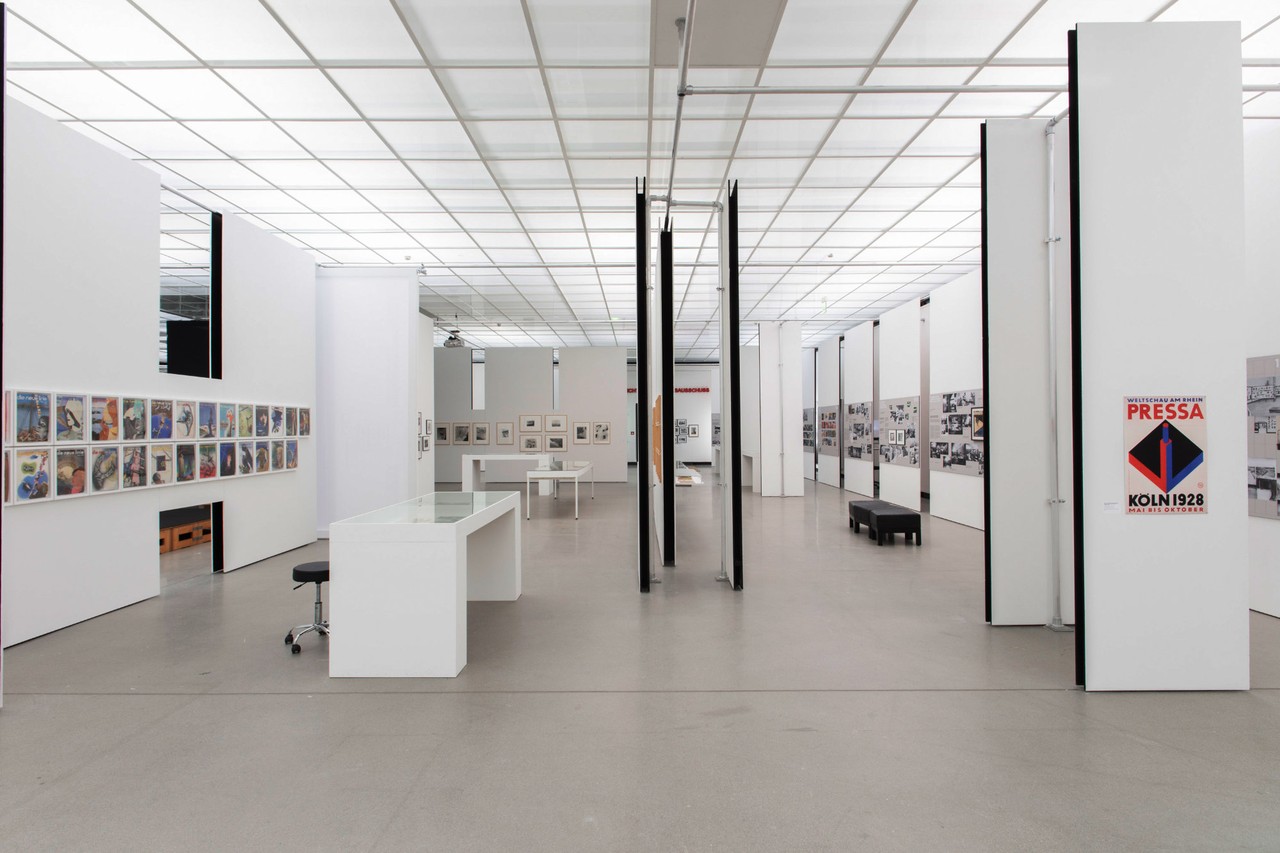 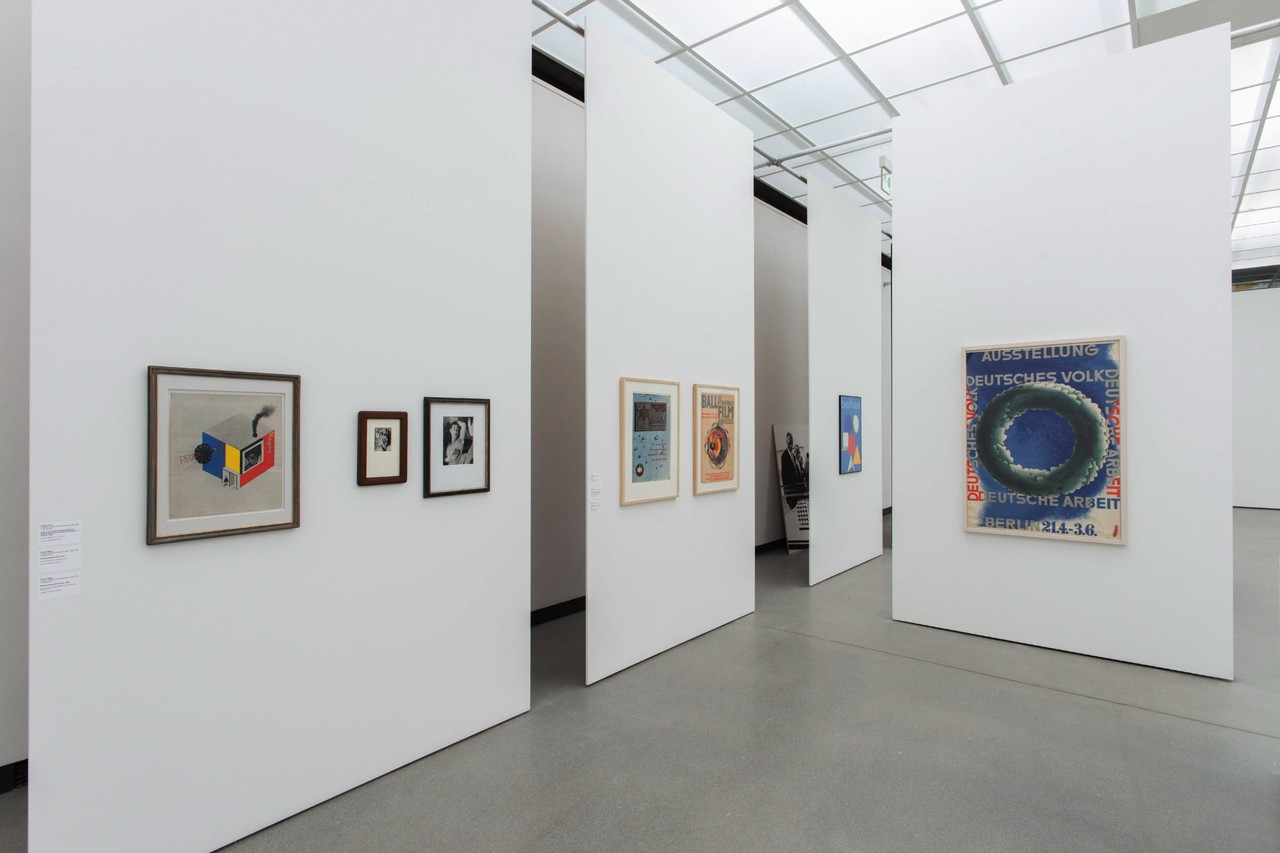 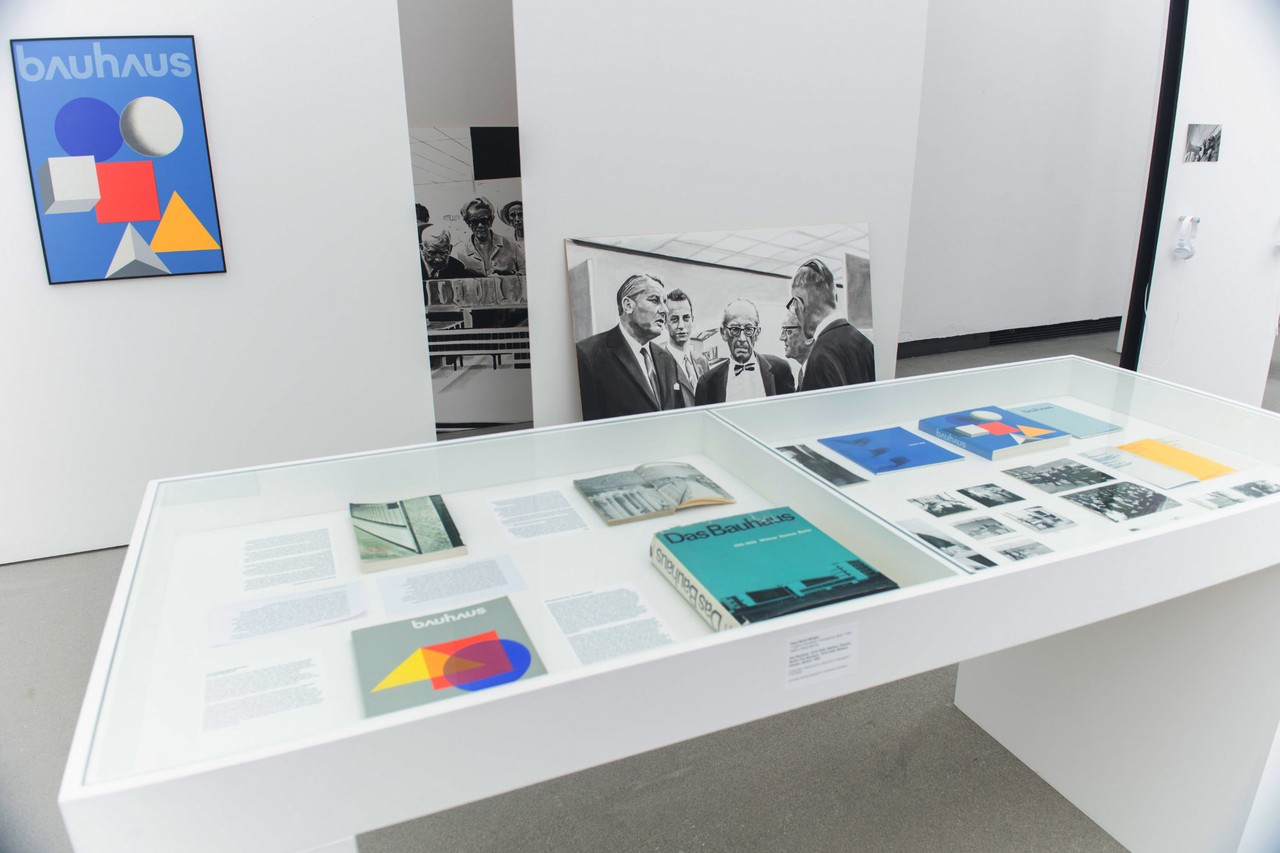 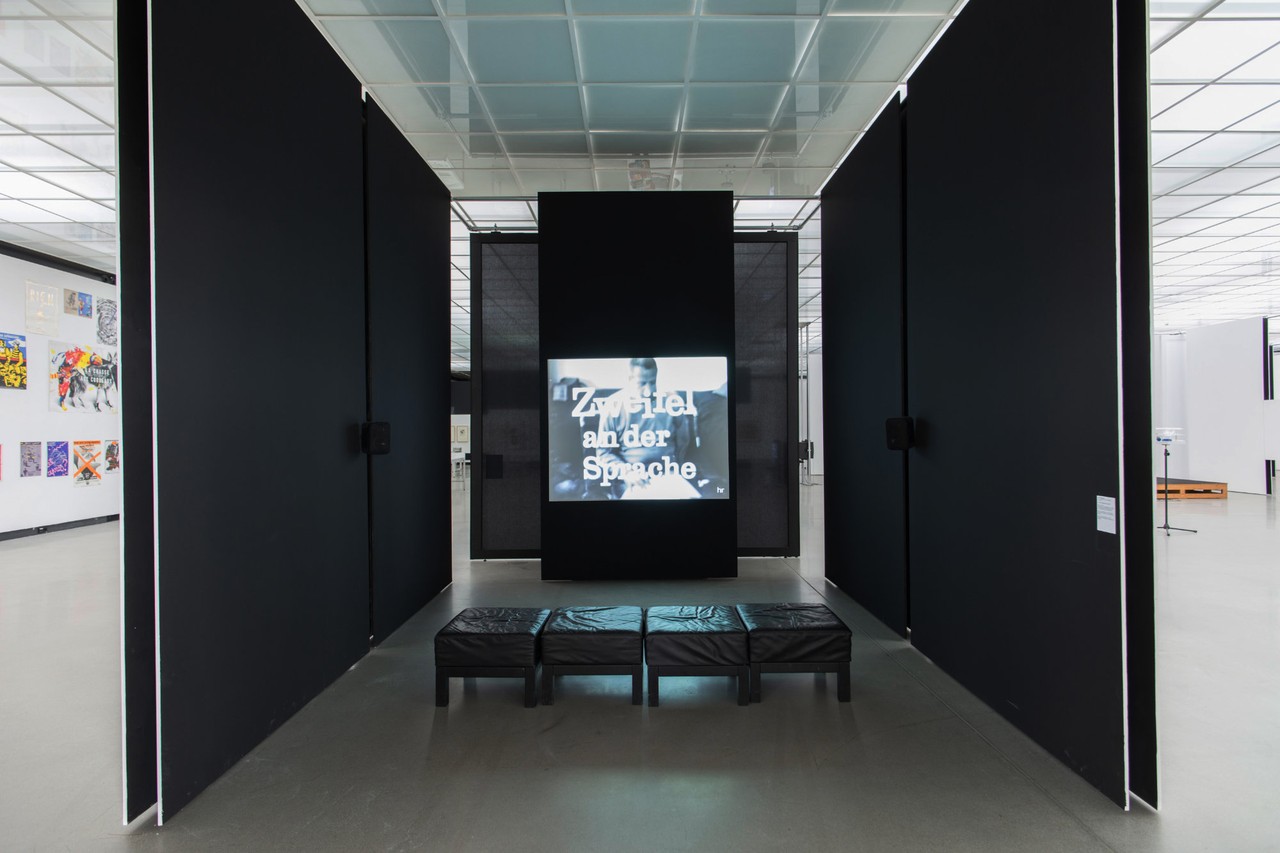 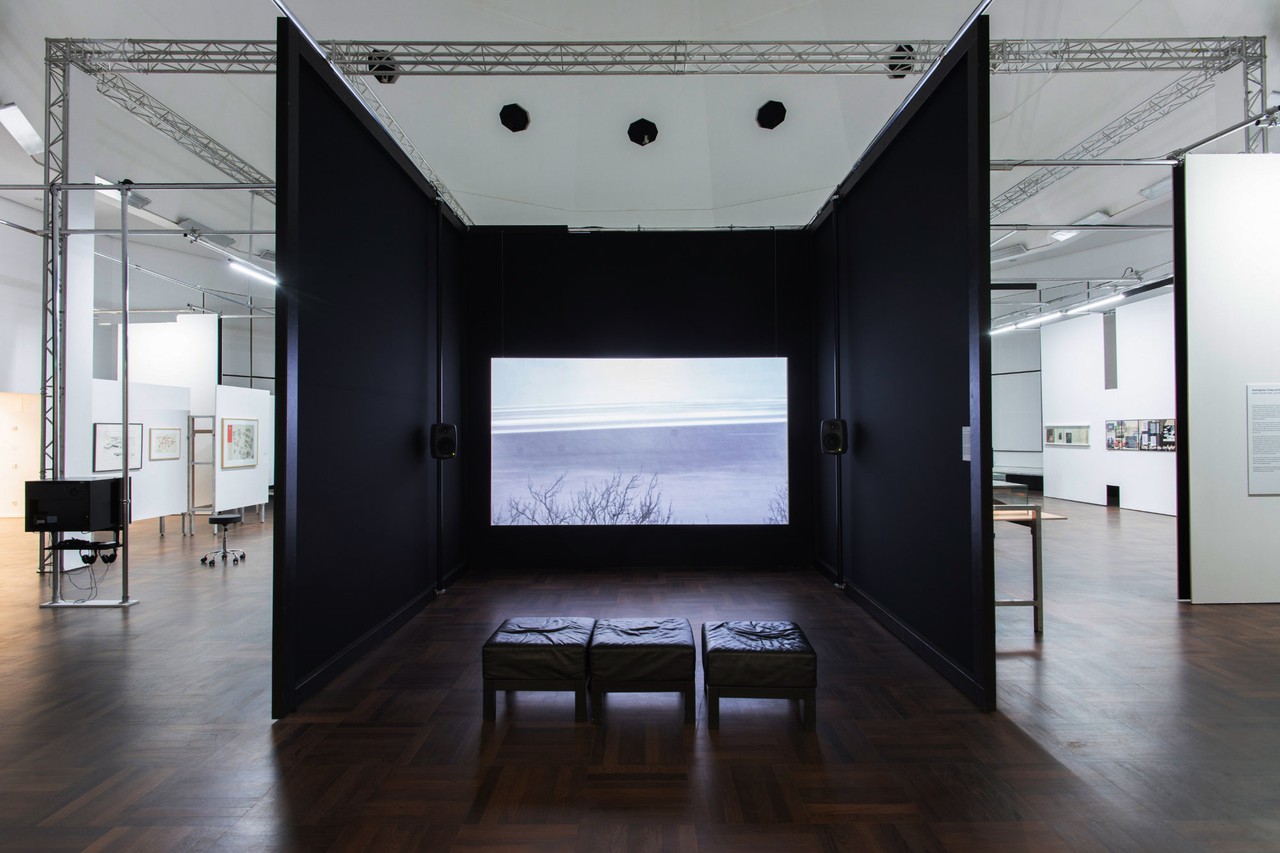 On May 4, 1968, one day after students in Paris had occupied the University of Sorbonne and announced the so–called May 68, the exhibition 50 Years of the Bauhaus was opened at the Württembergischer Kunstverein in Stuttgart. The opening was accompanied by protests against the planned closure of the Hochschule für Gestaltung Ulm, which was founded in 1953 as a successor to the Bauhaus project.

Designed by Herbert Bayer and conceived by Hans Maria Wingler, Ludwig Grote and the Kunstverein’s director at the time Dieter Honisch, the exhibition was shown in eight additional museums worldwide until 1971. To this day, it is considered one of the most important post–war exhibitions on the Bauhaus and was of the highest significance in terms of cultural policy for the still–young Federal Republic: since at stake was not least the rehabilitation, at international levels, of Germany as a cultural nation in the aftermath of National Socialism.

Fifty years after the opening of 50 Years of the Bauhaus, the Württembergischer Kunstverein is undertaking a critical rereading of this exhibition. The rereading takes as its point of departure the socio–political upheavals of the 1960s and considers the Bauhaus, its historical contexts and the history(ies) of its reception from today's perspective. The idea of the Bauhaus as a self–contained, homogeneous system is to be challenged, as are those narratives that negotiate the Bauhaus and Modernism as unquestioned synonyms of progress, freedom and democracy. Instead, at issue are the ambivalences inscribed in both, as for example with regard to totalitarianism and colonialism.

The exhibition 50 Years after 50 Years of the Bauhaus 1968, which extends over the new and old buildings of the Stuttgart Kunstgebäude (art building), follows four thematic strands, including numerous disgressions and byways. Some of these digressions had been developed specifically for the exhibition by a number of artists and curators, forming a third level.

The exhibits include both historical and contemporary works, and documents from the fields of fine arts, literature, photography, film, design, architecture and urban development.

Exhibition and graphic design from the 1920s to the 1940s

Starting with the designer Herbert Bayer, who in the course of his career worked for ideologically highly contradictory clients, one strand examines the developments in exhibition and graphic design in the 1920s to 1940s: located between artistic experimentation and political propaganda. The focus is on educational and trade exhibitions, ranging from the major project Die Wohnung (The Dwelling), which also gave rise to the Weissenhofsiedlung in Stuttgart in 1928, to Nazi exhibitions such as Deutsches Volk – Deutsche Arbeit (German People – German Work) 1934 in Berlin and the war propaganda show Road To Victory 1942 at MoMA in New York. The examples from the field of graphic design include not only advertising but also publications such as the Bauhaus magazines and the fashion magazine Die Neue Linie (The New Line).
A digression focuses on the photography of the 1920s and 1930s – from collage and montage to experiments with space and body – in the sense of resistant artistic practices.

Counter–Models to Capitalism and Rationalization

A second strand follows the relations and divergences between the Bauhaus, the HfG Ulm and various artistic movements since the 1950s and 1960s: such as the International Movement of an Imaginist Bauhaus, the Situationist International or the Paris graphic collective Grapus. Here, the use of design and mass media to create counter–publics is of equal importance as is the development of alternative models to capitalist consumerist society, to the functional city and to the rationalization of all areas of life.

A third strand sheds light on the interrelationships between the experiments of modern art and architecture and the military complex. It addresses the relationships between aerial photography and aerial war, camouflage and “tabula rasa”, consumer and army technology as well as expansionist fantasies within the modernity project.

The fourth strand approaches the political shifts since 1989, in the course of which the concept of a modernity dominated by the West, based on colonialism and the exclusion of the other, was perforated in favor of the exploration of multiple modernities. Among the reference points here are the Moscow school Vkhutemas, which operated parallel to the Bauhaus, the narratives of a fabric pattern that radically lost in popularity in Poland after the fall of communism in 1989, and genealogies of Indian modernism in the context of European colonialism.
Educational Program

An extensive framework and mediation program is planned to accompany the exhibition, targeting various audiences through tours, workshops, performances, film screenings, and lectures. An integral part of the exhibition will be thematic clusters, exhibition tours, and workshops designed especially for youth, so as to make the historical and future-oriented views of the Bauhaus experienceable in a tangible way.