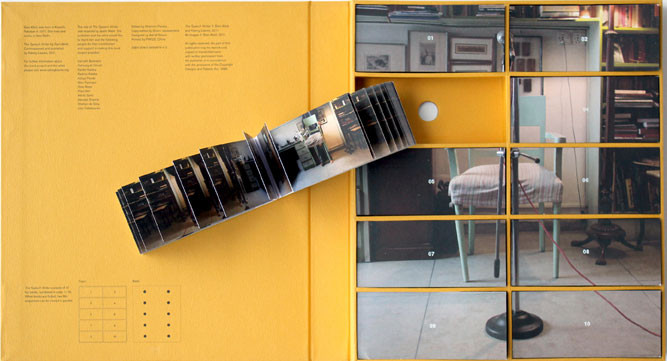 The voice is difficult to grasp—for, in contrast to the eye or the ear, it is not an integrative organ of the senses but is rather spawned by the transient interplay among several organs, such as the lungs, vocal chords, tongue, and gums. The voice always simultaneously exists both inside and outside of the body, and its immateriality weights just as strongly as its social and political import. It equally yields screaming and talking, sense and nonsense, noise and chanting. What is more, the voice is not only a tool of articulation but always likewise associated with action: it can name things, give commands, or swear an oath, declare people innocent or man and wife. How to Do Things with Words? reads the title of John L. Austin’s 1962 book on speech-act therapy.

The exhibition Acts of Voicing deals with the aesthetic, performative, and political significance of the voice from the vantage point of visual art, dance, performance, and theory. The exhibition centers on the agency and performativity of the voice. The aim is to examine both the resistive and the disciplined/disciplining voice—those voices that are heard and others that are not. Fighting to have one’s voice heard is as much of a topic as the power to silence someone or to force them to speak.

Acts of Voicing, which evinces specially designed exhibition architecture, not only presents exhibits of more than 30 artists but is also conceived as a stage for performances, workshops, and lectures. Moreover, it embodies a series of process-related installations, which are expanded during the course of the exhibition and are thus perpetually shifting the overall scenario. In lieu of a static space, an ever-changing experiential space is engendered, through which the exhibition visitors advance along different planes, even physical ones. Both the exhibition choreography and the way it is displayed accommodate the performative character of the voice.

Based on a cooperative relationship between the Württembergischer Kunstverein Stuttgart, the Para/Site Art Space in Hong Kong, the Total Museum of Contemporary Art in Seoul, and Caminul Cultural in Bucharest, the project has been (and will continue to be) developed by the curators Iris Dressler, Hans D. Christ, Christine Peters, Cosmin Costinas, and Nathalie Boseul Shin.

Accompanying the exhibition are a reader and a detailed program leaflet. In 2013, the exhibition will be on view in modified form at Para/Site Art Space in Hong Kong and at the Total Museum in Seoul. A book retrospectively documenting the project will be published in the fall of 2013.

The Poetics and Politics of the Voice

The political implications of the voice, as explored and questioned by Acts of Voicing—which still resound, for example, in the German words for parliament, suffrage, and voting—hark back to ancient Greece. Aristotle, the originator of political philosophy, for instance differentiates between the bare voice (phoné), meaning the scream that can do little more than express desire and pain, and the meaning-producing voice (lógos), which may signify the just and unjust, the good and evil. This difference is—at least in the Occidental tradition of thought—constitutive of the distinction between human and animal, between bare life and political life: that is, between those excluded from the political community and those included.

For the French philosopher Jacques Rancière, in contrast, political agency—as well as aesthetic agency—consists in the constant challenging and redistribution of precisely that order which is responsible for certain voices being understood as speech and others only as screaming.

The aim is to prize open the existing orders—whether of a sensate, societal, political, spatial, or aesthetic nature—and to introduce thereto foreign elements, that is those which had previously been excluded.

In general a foreign kernel is indwelling in the voice, subsisting either totally inside or totally outside of the body. In the technical renditions of our own voice, this foreign kernel is known to pervade in a shocking way. It seems, as Slavoj Žižek has noted, as though the voice had never completely belonged to the body of the speaker, as if a hint of ventriloquism were taking place while speaking.

Acts of Voicing traces this foreign kernel, that is, this paradox, of the voice—at once familiar and foreign, internalized and externalized, tied to and detached from the body (and words). For it is the gap between the own and the foreign, the inside and the outside voice, that unbolts the space of the political and poetical.

As a transdisciplinary project, Acts of Voicing queries not only the relations between the visual arts, dance, performance, and theory, but also the realignment of their spaces of agency and performativity. How can the structures of time, action, and movement—and the relationship between author, exhibit, and visitor—be newly and fluently distributed in an exhibition context?

The focal aspect here is a series of performative installations, arrays of archival materials, and working platforms that are continually expanded and shifted by the artists and visitors over the course of the exhibition. At the same time, these elements create the space and framework for events like performances, lectures, discussions, workshops, and film programs, all of which additionally traverse the exhibition and set out to redraft it.

Acts of Voicing has been conceptualized as an overall display and fabric that breeds ever new and surprising readings and relationships between artwork and event, exhibition and performance, the spatial situation and the viewers, art and theory.
www.wkv-stuttgart.de