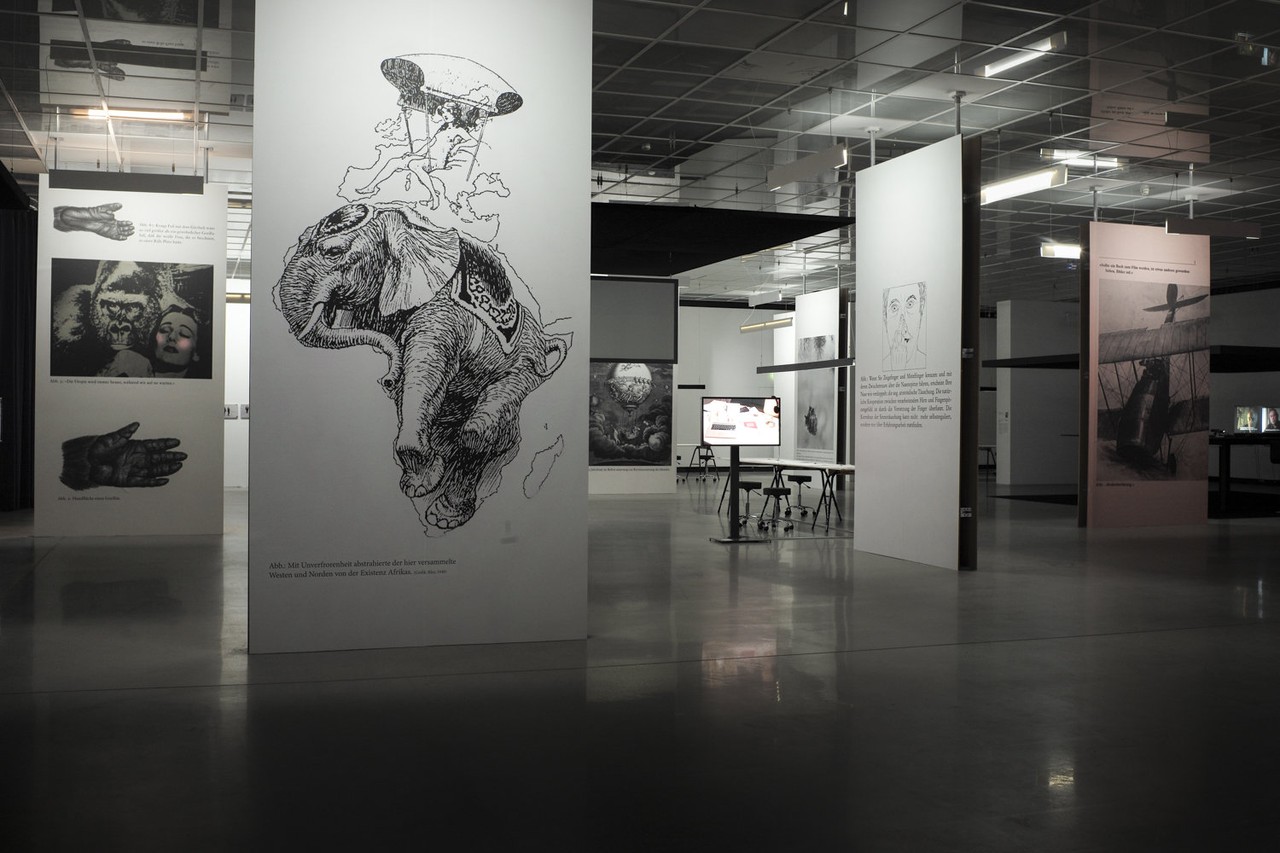 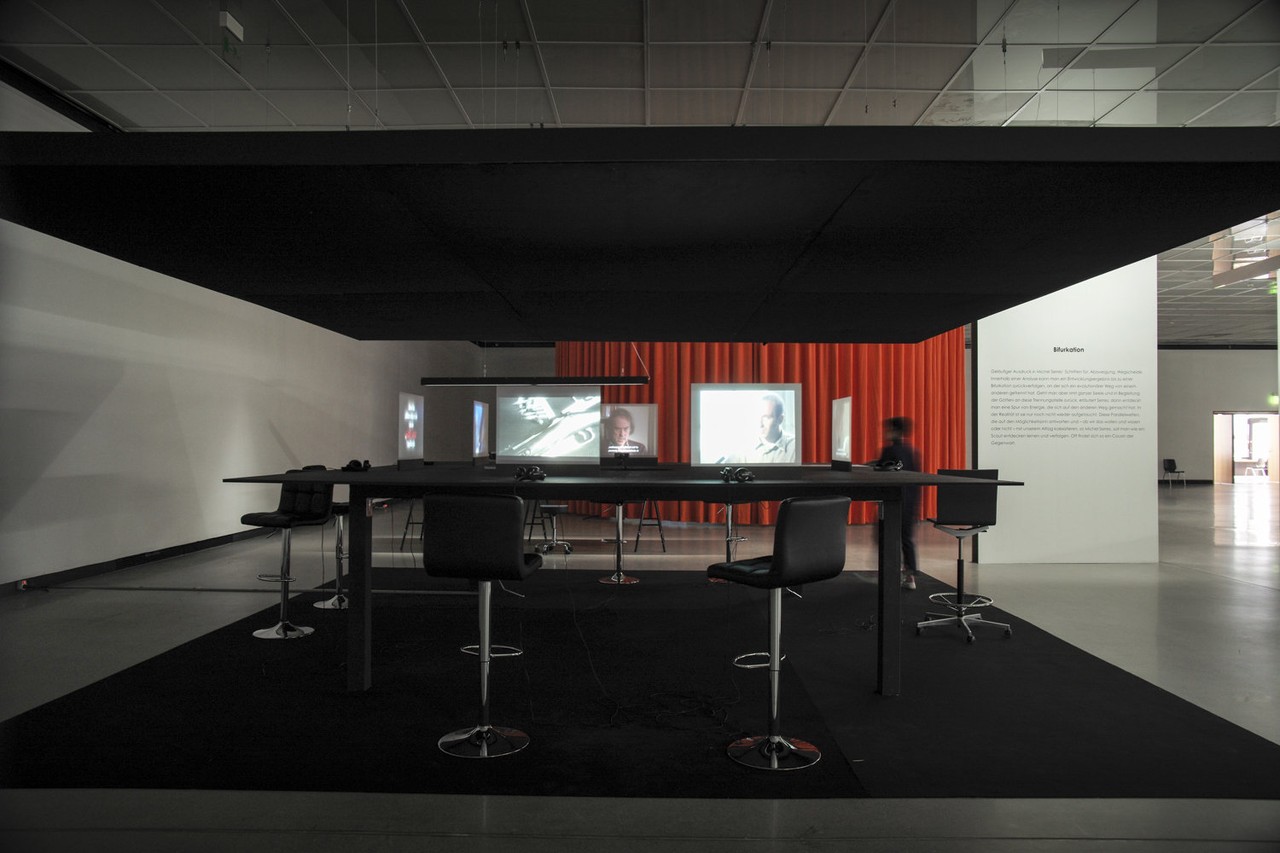 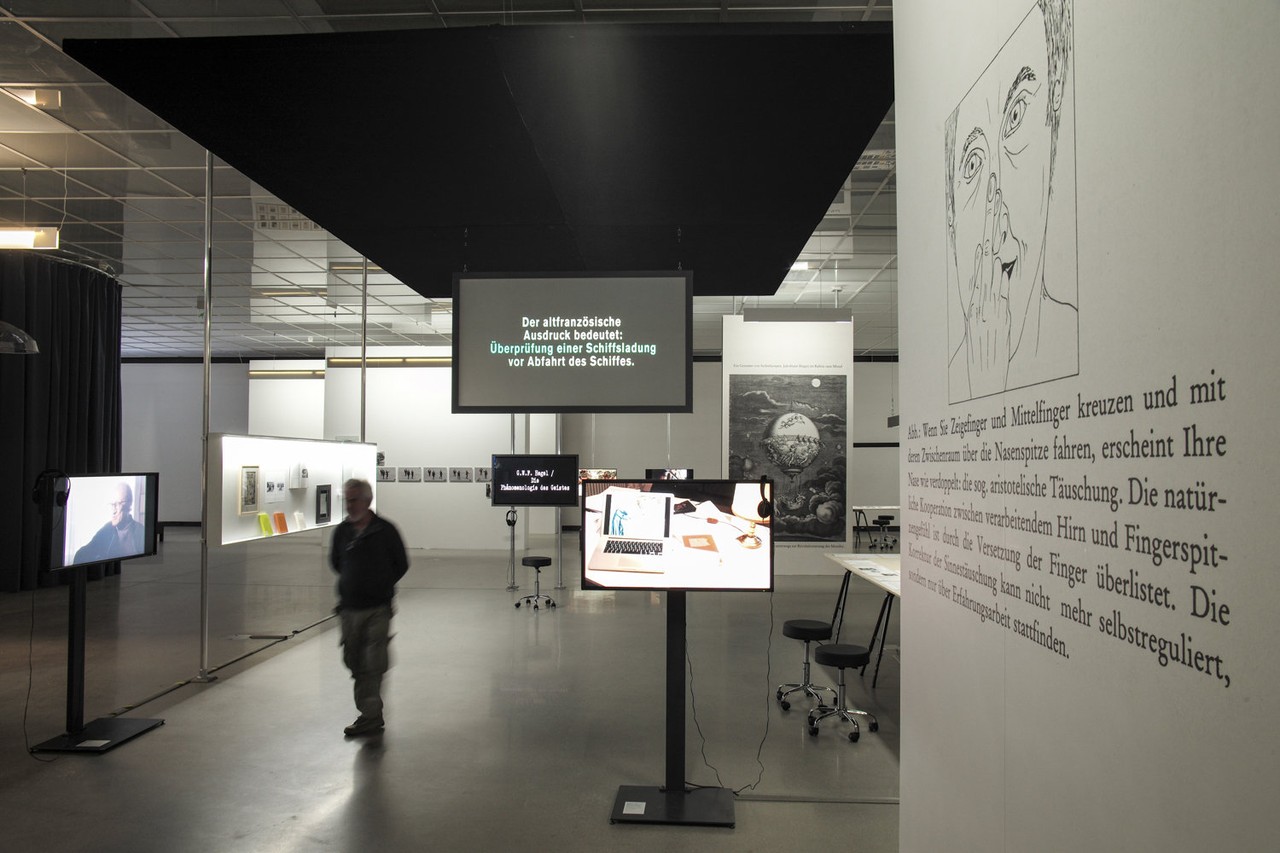 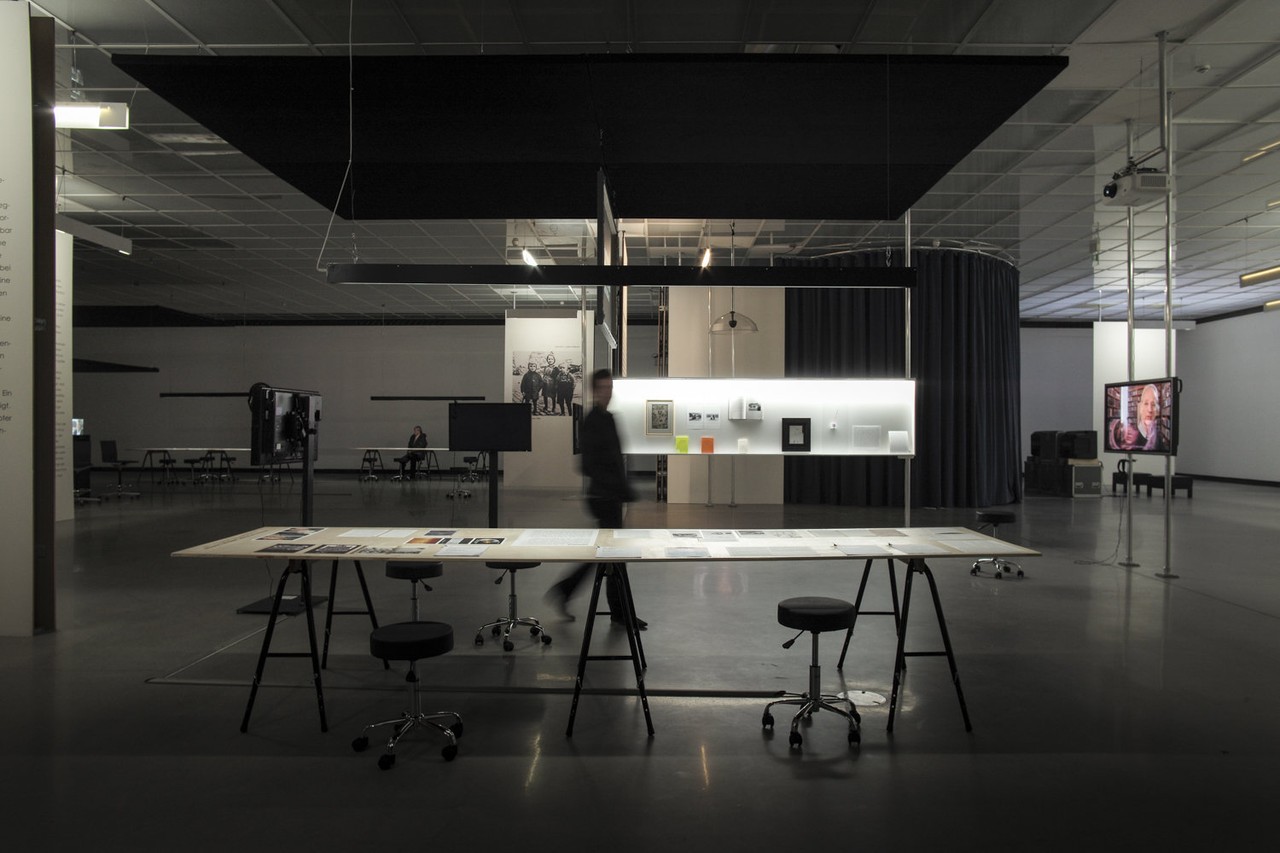 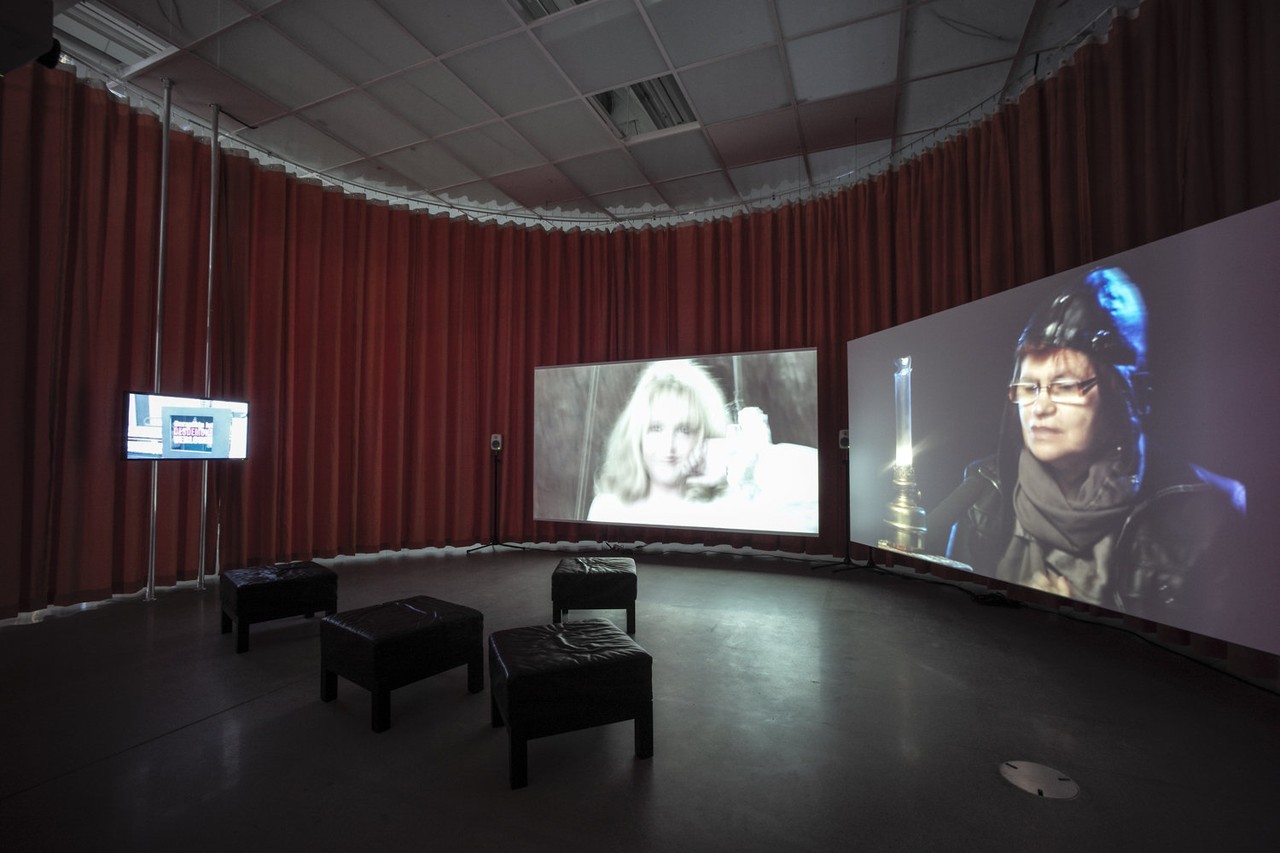 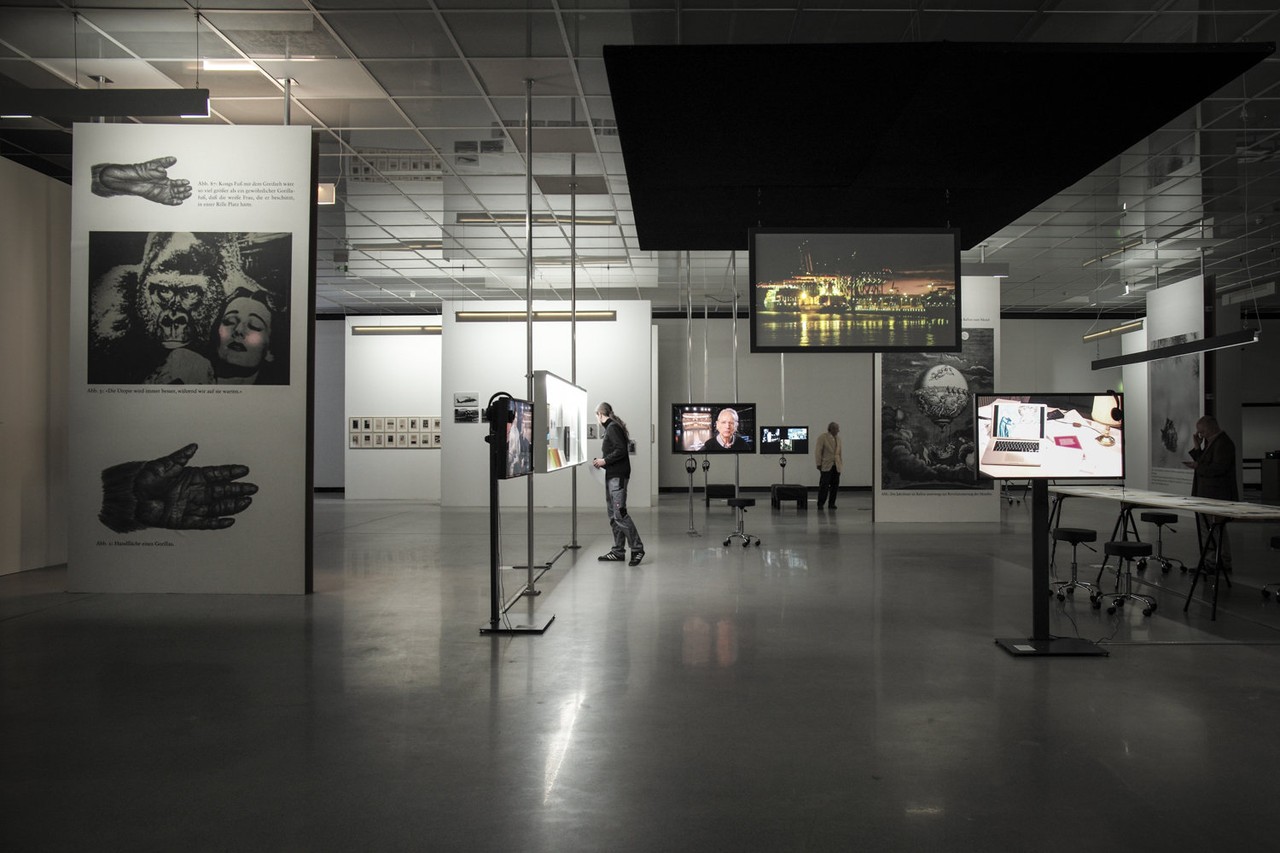 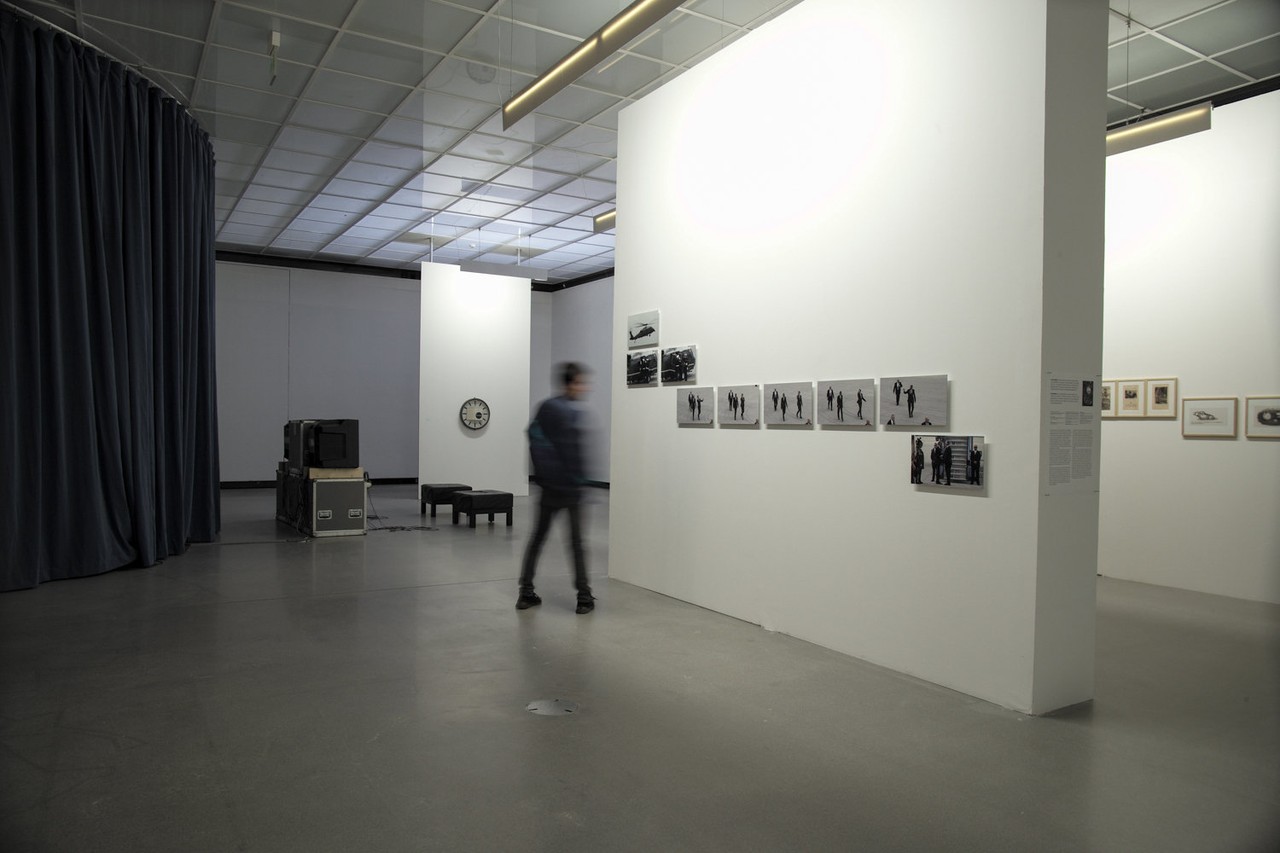 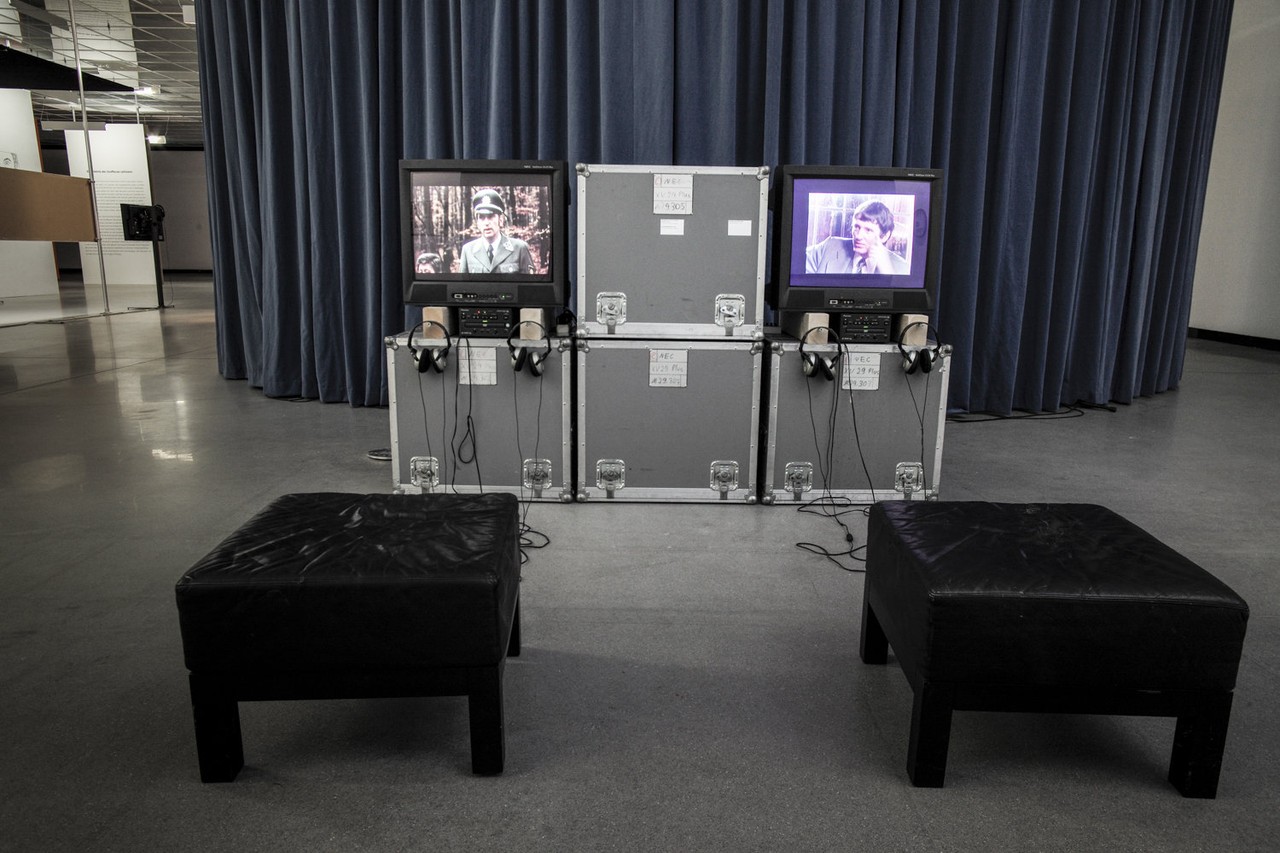 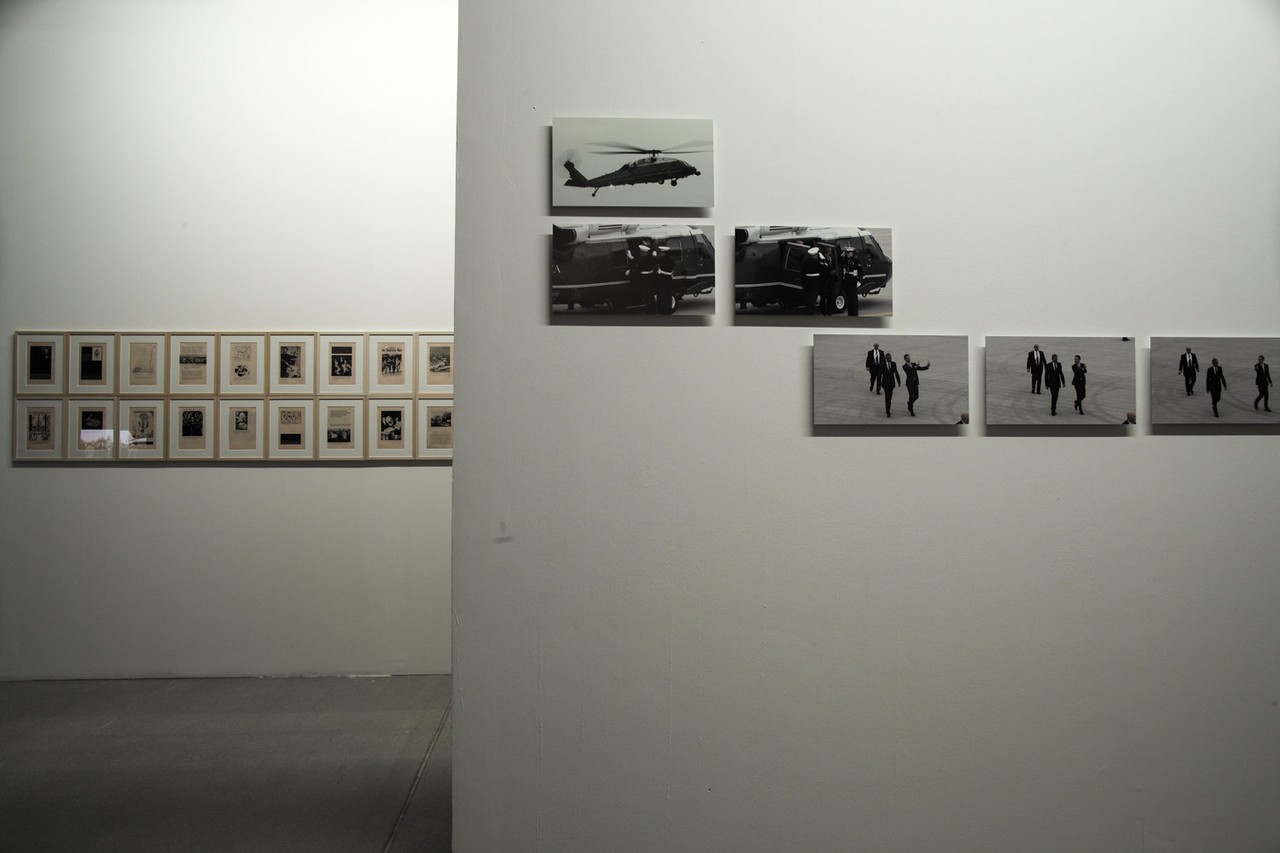 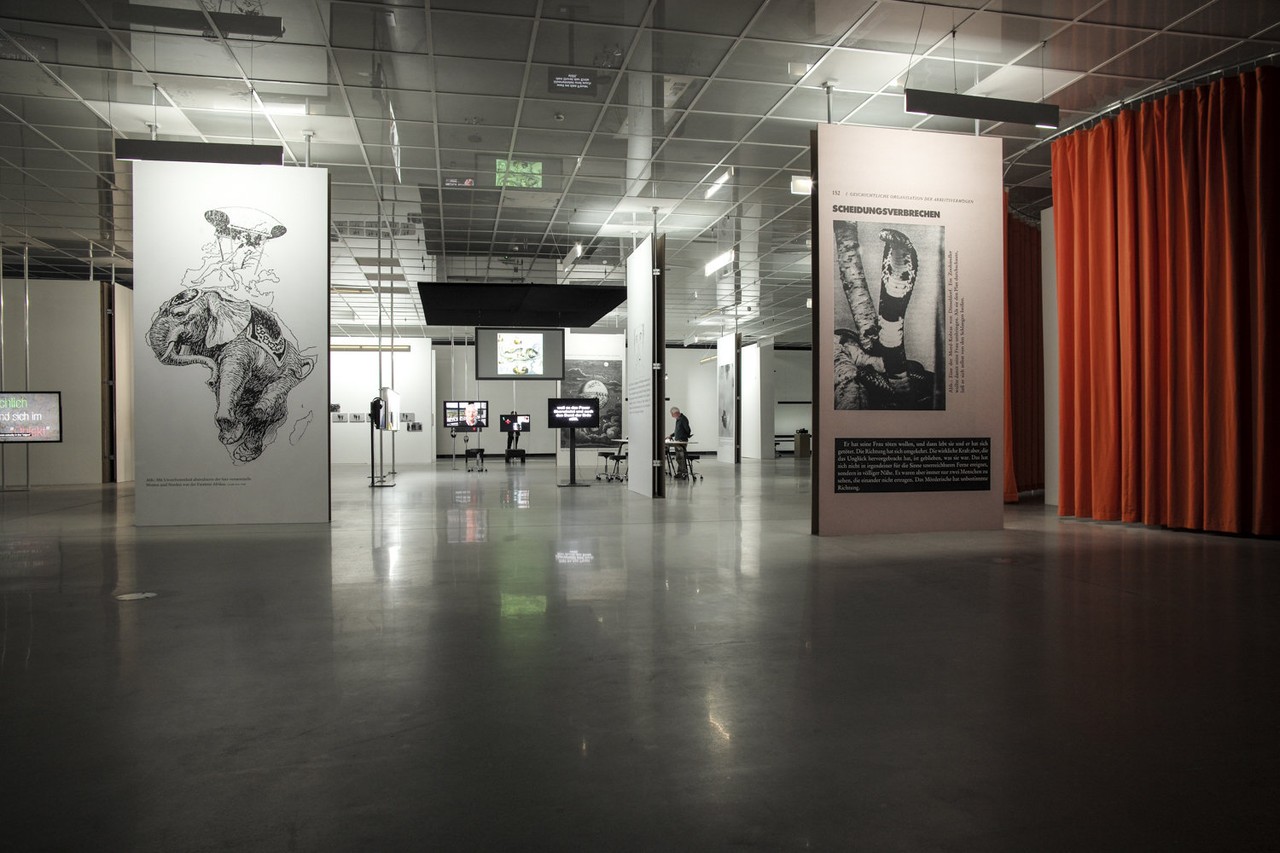 The exhibition Alexander Kluge: Gardens of Cooperation is based on the comprehensive exhibition of the same name—devoted to the writer, filmmaker, and theorist Alexander Kluge—which was on show at the art center La Virreina Centre de la Imatge in Barcelona in 2016. In close collaboration with La Virreina and with Alexander Kluge himself, the Württembergischer Kunstverein has developed a reformulation and expansion of seven aspects of this project.

The exhibition’s two main points of reference in terms of content revolve around the idea of the collective—of cooperation—in Kluge’s oeuvre and modes of operation, and around forms of emancipation, which are not only the subject of his theoretical and artistic explorations of history, the present, and the future, but with which he himself also tirelessly engages.

Emancipation—the revolt against repressive living conditions controlled from the top down—is an enduring, nonlinear process, as Kluge repeatedly emphasizes. Working on this process involves the excavation of long bygone, buried moments of emancipation, but also the perpetuation and reinvention of these moments with a view to the future. It is a collective work that requires many decentrally organized platforms or “gardens.” The exhibition itself is understood as such a platform: a garden of cooperation.

It comprises a selection of early and more recent short and long films by Kluge, a number of video installtions newly developed especially for this exhibition and programs of his so-called “minute films,” as well as a collection of texts, documents, and other materials. Conceived in the form of an archipelago, it revolves around seven “islands” that deepen the exhibition’s major motifs—emancipation and uprising—alongside single aspects such as orality, the “power of feelings,” or the insuppressible desire for freedom.

One of these islands for which Kluge produced new works is dedicated to questions of slavery and slave uprising, resistance, and rebellion. Another one is conceived as a homage to Pier Paolo Pasolini’s short film What are the Clouds?: a marionette theater with human actors on strings playing Othello and whose protagonists finally are freed from their burden. A third one continues an unfinished project by Theodor W. Adorno about coldness.

All mentioned aspects will also be reflected in the context of the opera: having accompanied and mirrored all misunderstandings of the bourgeois epoch.

“Without music, life would be an error.”

SEVEN ISLAND AT THE WÜRTTEMBERGISCHER KUNSTVEREIN

The exhibition Gardens of Cooperation consists of seven “islands.” Each is introduced by an image and a large-format text by Kluge. They comprise a number of videos and films, along with further images and texts.

These islands are conceptualized as constellations of polyphonic contributions that deepen the central subject of the exhibition: emancipation as a collective process involving both the dead and the not yet alive. In doing so, the exhibition follows one of the central concerns of Kluge: exploring questions and problems in a vertical direction, in their depth, so as to be able to encounter the unexpected. Slavery and desire for freedom; the coldness of war and absolute love; the “love death of the foreign woman” in operas and the disarmament of this fate: all these subjects will be examined with regard to their subterranean bifurcations and bypasses—generating rhizomes.

THE EXHIBITION AS GARDEN OF COOPERATION AND OPEN WORKSHOP

Kluge has invited other artists to participate, who are represented in the exhibition by existing and new works or collaborative projects, including Thomas Thiede, Gerhard Richter, Sarah Morris, Ulrich Bernhardt, and Reinhold Nägele. Artwork by Anselm Kiefer and Peggy Buth is being added over the course of the show—for instance during the opening of the exhibition What Are the Clouds? on November 17, 2017, in the cupola of the Kunstgebäude. Kluge has established a special connection to this exhibition, with its focus on Pier Paolo Pasolini’s short film What Are the Clouds?, for one of the islands of the Gardens of Cooperation is a homage to this film.
www.wkv-stuttgart.de