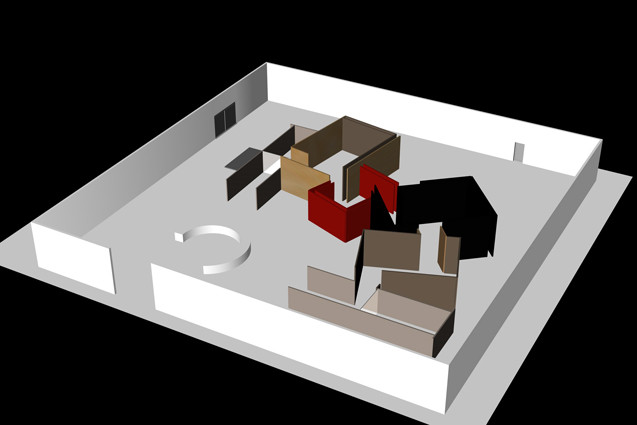 An art project by Daniel García Andújar / Technologies To The People

From November 22, 2008 to January 18, 2009, the Württembergischer Kunstverein is showing Spanish artist Daniel García Andújar’s project Postcapital. Archive 1989 - 2001. The project—conceived, in equal measure, as multimedia installation, stage, open databank, and workshop—is founded on a digital archive comprised of over 250,000 documents (texts, audio files, videos, etc.) from the Internet compiled by the artist over the past ten years. With this project, Daniel García Andújar will also participate at the Venice Biennal 2009.
Postcapital revolves around the far-reaching changes having evolved worldwide in social, political, economic, and cultural realms over the last two decades, their watershed moments emblematized in the 1989 fall of the Berlin Wall and the attacks on September 11, 2001. Here, Andújar views the developments subsequent to the “fall of the Wall” not as aspects of postcommunism but rather of postcapitalism. Emerging here is the question as to what extent capitalist societies have changed in absence of their erstwhile counterparts and which new walls have been erected through the global politics following events of 1989 and 2001.
The triumphal course of capitalism and of the Western democracies has by no means proved to guarantee peace, security, and stability, as the conflicts in former Yugoslavia, the war in Iraq, or, even more recently, the slumps in the U.S. financial markets have demonstrated. Postcapital is an attempt at reading the complex and divergent realities of the twenty-first century by virtue of their forms of representation: the review of an age whose prelude has been pinpointed by Andújar as localized between 1989 and 2001.
The English term “postcapital” references financial capital as well as capital cities. As such, the project explores both the transformations of capitalist societies and the shifting of their urban loci of power.
In 1989, the first cornerstones were laid at the Genevan research institute CERN for the World Wide Web, the significance of which for the transition from industrial to knowledge society has been sufficiently noted. Postcapital therefore alludes less to the utopias of a vanquished capitalism than to those upheavals affecting all areas of life that are both spawned and exacted by the networked age of information.
In view of contemporary information and storage media, knowledge is, according to the artist’s theory, no longer acquired by visiting archives but rather through life in the networked archives. Thus, an essential role is inherent in the interpretation of information. In this sense, Postcapital is an open model for traversing archives, as metaphorical as it is practical and implementable.
www.wkv-stuttgart.de