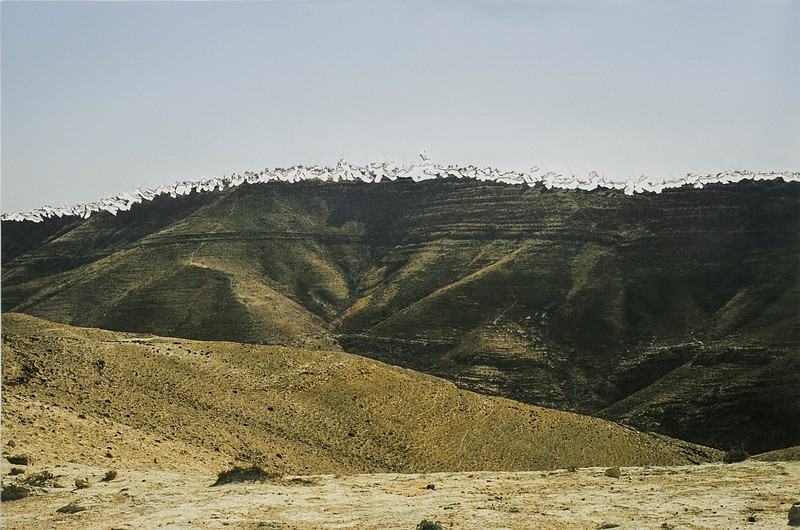 From February 24 to May 7, 2017, the Württembergischer Kunstverein will be showing the exhibition Post-Peace curated by the Amsterdam-based Russian curator Katia Krupennikova (b. 1982 in Moscow). The exhibition, which includes works from nearly twenty artists from different cultural areas, traces the present-day manifestations of and relationships between war and peace. How much war is embedded within our peace? This is the pivotal question.

The idea, still dominant today, that war is a means of achieving peace harks back to the early Christian theologian Saint Augustine from Late Antiquity. Around 1,500 years later, Field Marshal Earl Wavell asserted just the opposite, that the Versailles treaties of 1919 represented “a peace to end peace.” In taking up Wavell’s assessment, the exhibition proposes that our present-day situation, in which the “peace” of global capitalism is dearly bought through constant violence and war, be expressed with the term “Post-Peace,” the time after peace.

Indeed, Post-Peace spans a historical arc from the Second World War to the present day. Against the background that history is known to be always written by the victors, the exhibition takes a critical look at our cultures of memory and encourages a redetermination of historical discourse: issues like colonialism and fascism in Europe, the Holocaust, or the so-called Middle East conflict. Explored by the artists are topics like the ramifications of 9/11, the cynicism of global arms trafficking, the contemporary forms of nationalism and militarism, and the conflicts involving Ukraine or the Kurdish population.

The Dutch artist Anna Dasovic, for example, uses film fragments from the unfinished Special Film Project 186 of 1945 in her four-part work about Holocaust cultures of memory. This planned film project, which was commissioned by the U.S. Air Force, for instance comprises footage of Buchenwald immediately after its liberation, showing how residents of the nearby town Weimar were confronted with the conditions of the concentration camp on site. Dasovic interweaves the suggestive aims of this visual production with current political speeches about the Holocaust.

Alongside such works probing the documentary, other pieces investigate the potential of the imaginary. The Russian artist Lyubov Matyunina, in her video work, zeroes in on the fairy tale Little Zaches Called Cinnabar by E. T. A. Hoffmann—a carninvalesque story about illusion and reality—and relocates the story to various venues in Kaliningrad. This city once called Königsberg, which was decimated during the Second World War, was not only the birthplace of Hoffmann and Kant, but also of the artist herself.

The Jordan-born artist Lawrence Abu Hamdan, in turn, follows the homicide of two youths by Israeli soldiers in the West Bank in his artwork, intervolving methods of audio-ballistic analysis with shooting range equipment.

In addition to presenting works of contemporary art, the exhibition is also conceived as an open platform for articulation and performance. To this end, the collective Anonymous Stateless Immigrants (A.S.I.) are building a special stage based on a model by the Russian avant-garde artist Alexandra Exter. Opposing to the concept of closed borders and nation states, through the course of the show A.S.I. group invites visitors of the exhibition to use the stage: think aloud, rehearse, meet in the format of the open mic sessions. During the opening evening a live performance titled I Must Seek Refugee Again will take place at the stage.

On the Censoring and Cancellation of the Post-Peace Exhibition in Istanbul
Post-Peace was the winning exhibition of the Akbank Sanat International Curator Competition 2015. Jury members were Paul O’Neil (director of the graduate program at the Center for Curatorial Studies, Bard College, New York), Bassam El Baroni (curator and tutor at the Dutch Art Institute, Arnheim), and Hans D. Christ and Iris Dressler (directors of the Württembergischer Kunstverein). The prize was meant to finance the exhibition to be hosted at the venue Akbank Sanat in the heart of Istanbul. However, it was censored and cancelled by the bank four days before the opening in March 2016.
Open and subtle censorship in the art world is on the rise, even in democratic societies—often these acts of censorship are kept secret and pass off discretely behind the scenes. However, if a case is made public, it often turns out that those who had been censored are accused of being the aggressors themselves, as they supposedly were only interested in producing a scandal. At the same time, quite a few protagonists in the art world appear to have internalized censorship as a sometimes unavoidable means to an end.
The directors of the Württembergischer Kunstverein, Hans D. Christ and Iris Dressler, together with their colleagues Valentín Roma and Paul B. Preciado, also experienced a case of censorship, in 2015, at MACBA in the context of the exhibition The Beast and the Sovereign. Only due to public pressure was the cancellation of the exhibition finally undone. MACBA has still never publicly addressed this scandal. As in the case of The Beast and the Sovereign, the exhibition Post-Peace can no longer be negotiated without the topic of censorship, which now appears to count among the main symptoms of “the time after peace.”
The presentation of Post-Peace at the Württembergischer Kunstverein in Stuttgart aims not only to lend strong public visibility to a brilliant exhibition on peace and war, but also to continue the highly tabooed debate on open and subtle forms of censorship that are increasingly restricting the liberty of art in the minds of many artists and curators.
www.wkv-stuttgart.de