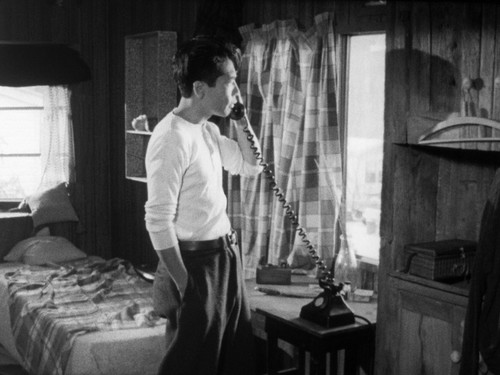 From the 15th September, 2007 until the 6th January, 2008, the Württembergische Kunstverein and the Staatsgalerie Stuttgart will be presenting the first comprehensive exhibition of the works of Canadian artist Stan Douglas. The exhibition will encompass fourteen video and film installations, as well as numerous photographs. Within a space covering 4,000 sq. metres, the exhibition, curated by Hans D. Christ and Iris Dressler (Württembergischer Kunstverein) in cooperation with Sean Rainbird and Gudrun Inboden (Staatsgalerie) will include a range of the artist’s works from the early 1980s until the present.

Born in Vancouver, in 1960, Stan Douglas ranks among the most important of contemporary artists. He has participated in the Documenta three times (1992, 1997, 2002) as well as in the Venice Biennale (1990, 2001, 2005) and his works have been shown at numerous additional biennales. Prominent exhibition houses have devoted solo exhibitions of his works. However, it is in Stuttgart that his principal works of the last twenty years will be shown and experienced for the first time in a large-scale show. The exhibition, developed in close collaboration with Douglas, does not follow a chronological format, but is arranged according to different potential readings of the artist’s multi-faceted work and his interpretations of history, film and music.

As no other artist, Douglas has been able to enlarge in both a sensual and intellectual way the experience of the cinematic and museum space. With recourse to the intellectual, cultural and ideological traditions of modernity, his works exemplify a critical revision of Western history, past and present. It is the failure of modern utopias and the “ghosts” they spawned which form some of the artist’s central themes.
Behind almost all the works is an examination of a particular place – Potsdam, Vancouver, Cuba or Detroit –, the respective histories of which are reflected along the various literary, filmic or musical references the artist uses: as, for example, E.T.A. Hoffman’s “Der Sandmann” (Sandmann), Schönberg’s “Begleitmusik zu einer Lichtspielscene” (Pursuit, Fear, Catastrophe: Ruskin B.C.), Melville’s “The Confidence-Man” (Journey into Fear), the Grimm fairy tales or Marx’s “Capital” (both in Suspiria).Both his most recent video installations, Klatsassin and Video, revolve around two fields of analysis which Douglas has reflected since the 1980s and that substantially shape his oeuvre: the emergence of Western empires in the “New World”, on the one hand and the work of Samuel Beckett on the other. For instance, Douglas already curated an exhibition on Beckett’s “Teleplays” in 1988. His recently produced video installation, Video, refers to Beckett’s film “Film” starring Buster Keaton, and to Franz Kafka’s novel “The Trial”. Klatsassin, by contrast, transports us back into the age of the gold-diggers in west Canadian Cariboo and picks up on Akira Kurosawa’s 1950s film classic “Rashomon”.Taking place at two locations, the exhibition is conceived as one project and is to be accompanied by a catalogue.