A Performative Sculpture by CAVS 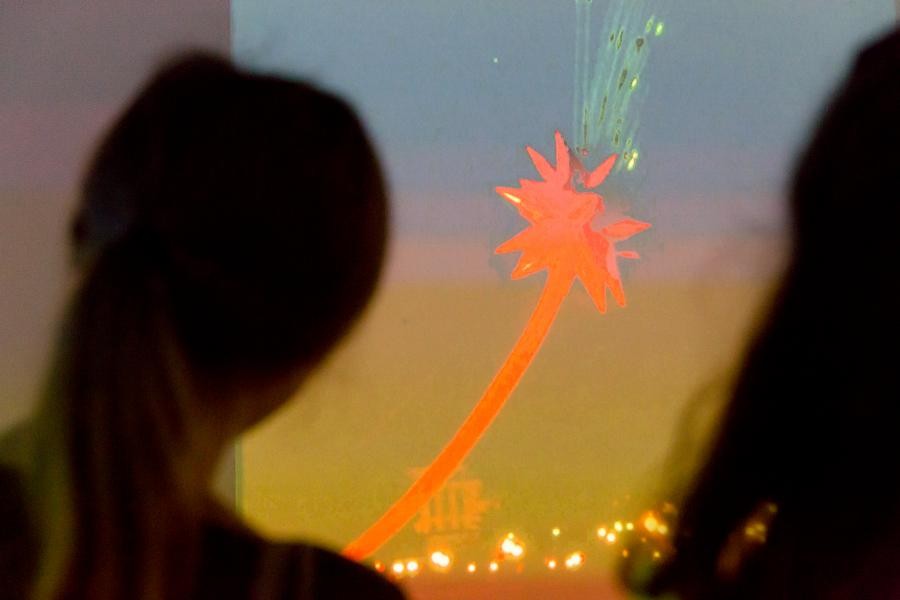 Description
With its exhibition »Centerbeam. A Performative Sculpture by CAVS«, the ZKM | Karlsruhe marks the 40th anniversary and, parallel to this year’s documenta, recalls the legendary contribution of the Center for Advanced Visual Studies (CAVS) at the Massachusetts Institute of Technology (MIT) to the documenta 6 in Kassel in 1977.

The spectacular outdoor installation, which was almost 44 meters long, was a joint project by CAVS Fellows based on an idea by the artist Lowry Burgess, and created at MIT under the direction of Otto Piene. It was presented at the documenta 6 in front of the Orangerie. One year later, in 1978, a second version was exhibited at the National Mall in Washington, DC. The installation used the newest – at that time – artistic technologies, such as lasers, holography, steam, neon, video, and inflatables to create a multimedia »art machine« (Manfred Schneckenburger), an »aqueduct into the 21st century« that propagated the fruitful collaboration of artists, scientists, and engineers.

In 1967, CAVS was founded at the MIT by György Kepes, an artist and influential theoretician who had previously taught at the New Bauhaus in Chicago. A close colleague of László Moholy-Nagy, Kepes was a strong advocate of collaboration between the arts and sciences. Under Kepes’ chairmanship, and since 1974 under his successor Otto Piene, CAVS awarded Fellow scholarships to artists who experimented at the Center with scientists, technicians, and engineers in various projects situated at the interface between art and innovative technological developments. With this unique working environment, in the field of new media, CAVS was a model for the conception of the ZKM | Karlsruhe in the 1980s.

For Otto Piene, Centerbeam was »a metaphor of the community of volunteers forming daily symbioses (the relationships of a democratic society)«. As a collaborative effort involving more than fourteen artists as well as scientists, engineers, and MIT students, »Centerbeam« made an impressive appeal at documenta 6 and in Washington, DC, for organic cooperation between different disciplines and the expansion of artistic means of expression to embrace the very latest technology. By day, the main character of the installation which reminded one of a greenhouse or a pipeline was participative with prismatic reflections in the water and holographic effects; by night »Centerbeam« transformed into a »friendly inferno« (Otto Piene), a power-charged stage for laser projections, concerts, performances, and sky events.

Over recent years the ZKM has endeavored to produce and overhaul the scientific documentation on »Centerbeam« and its kinetic, performative, and participatory modes of functioning. The core idea was to create together with the artists a Centerbeam 3, an updated version of the historic installation. With the aid of archive material and surviving remnants of the original Centerbeam the current exhibition explores possible methods of such a reconstruction with regard to contemporary issues of media conservation as a case study reflecting on and relevant to the restoration of the media art collection of the ZKM.