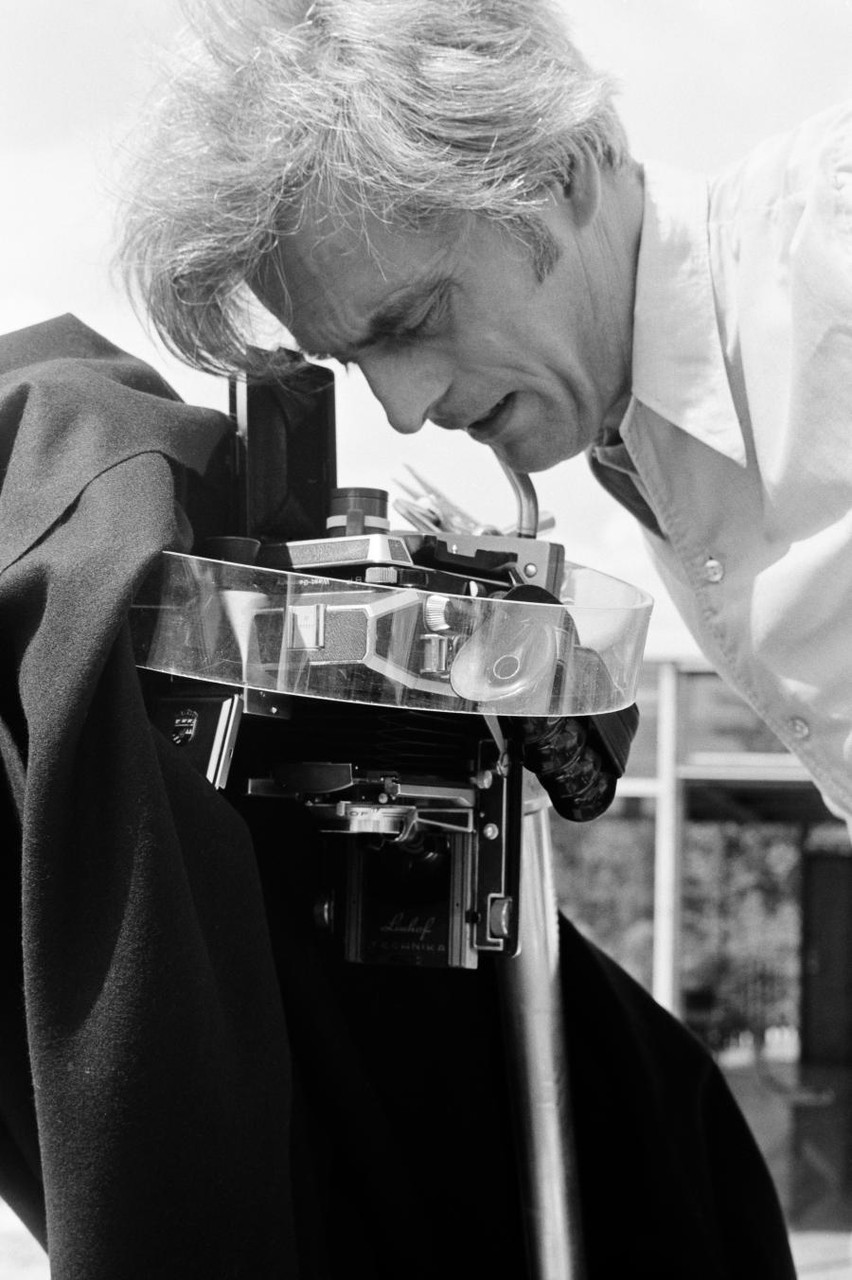 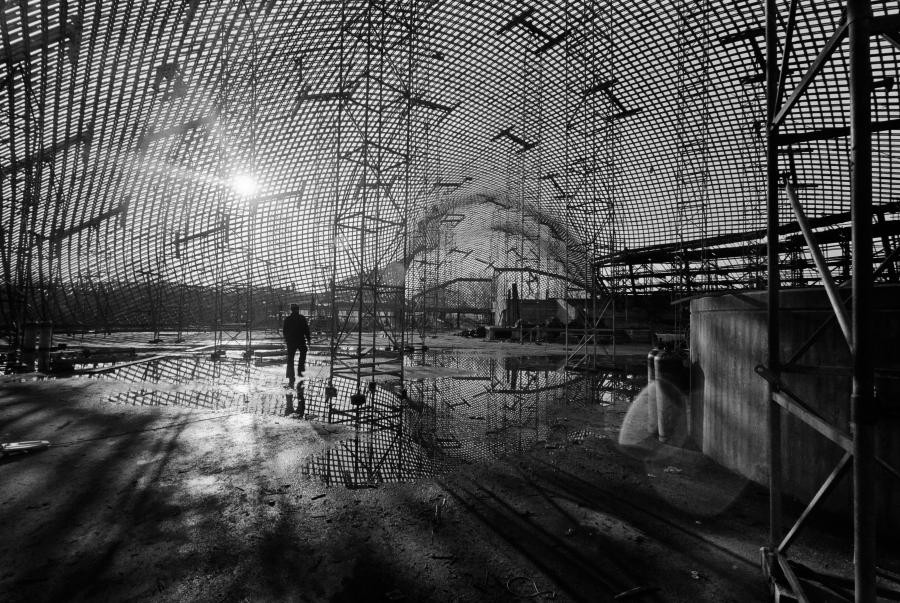 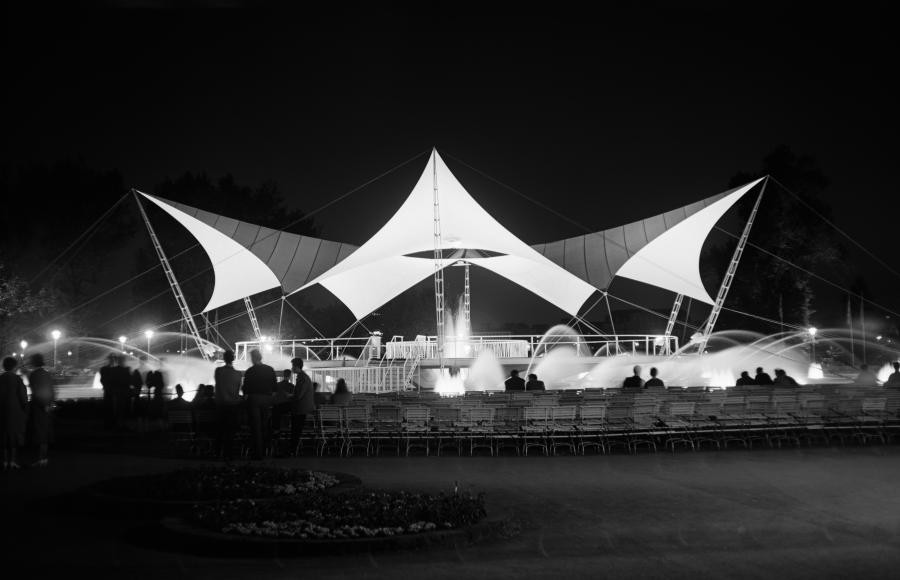 The exhibition aims at introducing new perspectives on the work of Frei Otto as well as formulating present-day questions concerning the future of our built environment involving architecture, technology, sustainability and society. The exhibition opening takes place on Friday, November 4, 2016.

Frei Otto (1925-2015) is among the most internationally celebrated and innovative German architects of the 20th century and is a central figure in building the culture in the state of Baden-Wuerttemberg. In March of last year, he received the Nobel Prize for Architecture, the Pritzker Prize, for his work, which is the most highly recognized award for architecture in the world. On the occasion of this honour, the »Südwestdeutsches Archiv für Architektur und Ingenieurbau« (saai) and the Wüstenrot Foundation are planning the biggest exhibition to date of the work of Frei Otto in cooperation with the ZKM.

The exhibition will showcase well-known and completely unknown projects. The material on display comprises over 200 design models, objects, tools and instruments, more than 1,000 photos, drawings, sketches, plans and films, as well as various large-scaled media projections. The exhibition is made up of four central positions, which extend scenographically through the two atriums and guide visitors through the extensive archive material, which the Südwestdeutsches Archiv für Architektur und Ingenieurbau (saai) has prepared specifically for this exhibition:

All models are sorted by scale, correlated in terms of content and history and presented on an approx. 50 metre long table structure. Further plans and images relating to the historical, technical and constructive context of individual models and projects are supplemented by original plans and small display screens. In this way, the questioning character and aesthetic continuity in Frei Otto’s thought processes become visible. Visitors get the impression that they are floating through a »horizontal cabinet of wonder«.

A central component of the exhibition is the »open archive«. It consists of 18 oversized filing racks, which are built around both courtyards and which provide the exhibition with its scenic stabilisation. On the basis of selected original plans, photos, books and reproductions, visitors are guided through the most important biographical stations of Frei Otto – the development centre of lightweight construction in Berlin, the world-famous institute for light-weight surface structures in Stuttgart and his studio in Warmbronn through to pioneering projects such as the German Pavilion for Expo 67, the Multihalle Mannheim and the first studies for Stuttgart 21. The circular filing racks act as a freely accessible viewing warehouse and place of knowledge between presentation and storage.

During the course of his life, Frei Otto collected and classified images of the structures of nature. They served him equally as inspiration and free association and as specific objects of investigation. The central focus here is that Frei Otto recognised the model character of nature and tried to make this useful for architecture and civil engineering. At 18 tables – which are based on the workbenches of Frei Otto in Warmbronn – visitors can study large-scale images of nature studies, spider’s webs, sand structures and soap bubbles. It opens up a complex imagery for them, establishing an insight into the poetic but scientific cosmos of Frei Otto’s world of thought.

The innovative potential of Frei Otto is based on the radical multidisciplinarity of his thought processes between architecture, technology, science and society. The technical imaging and media dimension play a major role here. In a projection measuring over 25 m, this thought process is conveyed in its aesthetics and medial imagery.

»Frei Otto is missing. And you can only recommend to all those who are staring at their monitors right now to take a trip to Karlsruhe and to think, yes to take in the models.«

Amber Sayah writes in the Stuttgarter Zeitung: The Frei Otto exhibition is an »abundantly adorned and brilliantly designed show covering 2000 square metres.« Other architecture galleries are »matchboxes in comparison to the virtually endless sequence of rooms at Karlsruhe’s ZKM.«

»The tremendous panorama of the Karlsruhe exhibition outlines the image of a relentless researcher, based on models and tools, on over a thousand photos, drawings, sketches, plans, films and an open archive.«