Films about a ruptured city 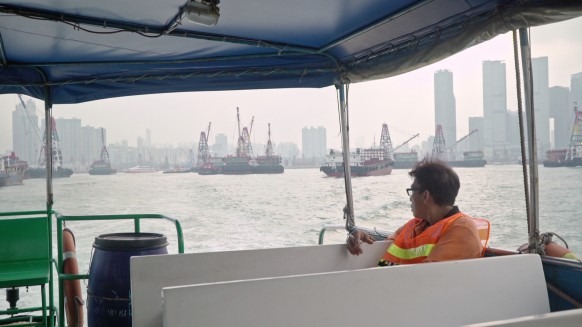 „Many Undulating Things“ (Filmstill)
Our film series “Sundays for Hong Kong” continues online! From 9 April, we will be presenting four films from the series originally planned for the Gropius Bau – for four weeks.

The cinema campaign “Sundays for Hong Kong” is a sign of sympathy in the face of the violent clashes in Hong Kong since the summer of 2019. Its aim is to present the multifaceted backgrounds of by presenting less known works by remarkable filmmakers from the famous film city of Hong Kong To illuminate the culture, history and reality of life of the former British crown colony.

Early this year, the coronavirus put a damper on Hong Kong’s pro-democratic movements. The spirit of protest, however, stayed alive within the digital realm. After the first wave of corona infections flattened, a kind of normality returned to Hong Kong. Shops, restaurants, sports venues, hotels and clubs reopened, people went back to work and museums were also supposed to reopen soon. However, a large number of businesses, already weakened by months of protests and the closures due to COVID-19, have gone bankrupt.

In March, there were renewed arrests and violent clashes between protesters and police. At the same time, the number of new infections in Hong Kong is once more rising significantly. The second wave of contamination seems to have hit the city. The political and cultural future of Hong Kong appears to be entirely uncertain in the face of the agreement between the United Kingdom of Great Britain and Northern Ireland and the People’s Republic of China (due to expire in 2047), which declared the former British crown colony to be a Chinese Special Administrative Region – and its economic future is now equally unclear.

But which culture are we talking about? What makes Hong Kong’s situation so unique? Which are the similarities with freedom movements in other parts of the world?